This morning we reviewed the letter l and then I introduced the letter b. I taught my son the letter name (b) while we traced a b with our arms in the air, learned the key word (ball), and the sound b makes (/b/-"buh")... not "b-uuh". 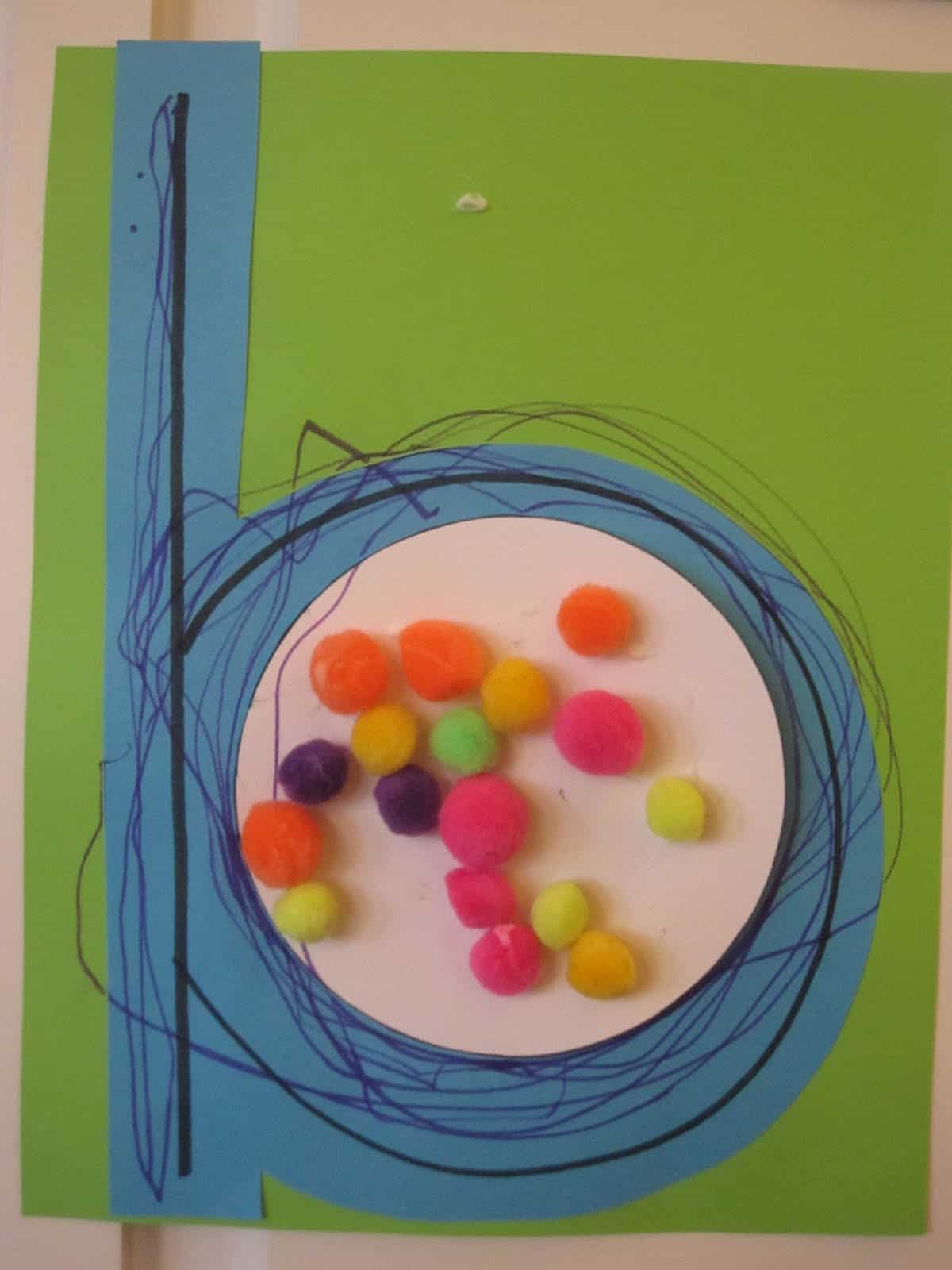 He was pretty stoked that we were going to be doing a ball themed project.

1. Write a b on a colored piece of paper. Cut around b to make it thicker.

2. Glue b onto another piece of colored paper. 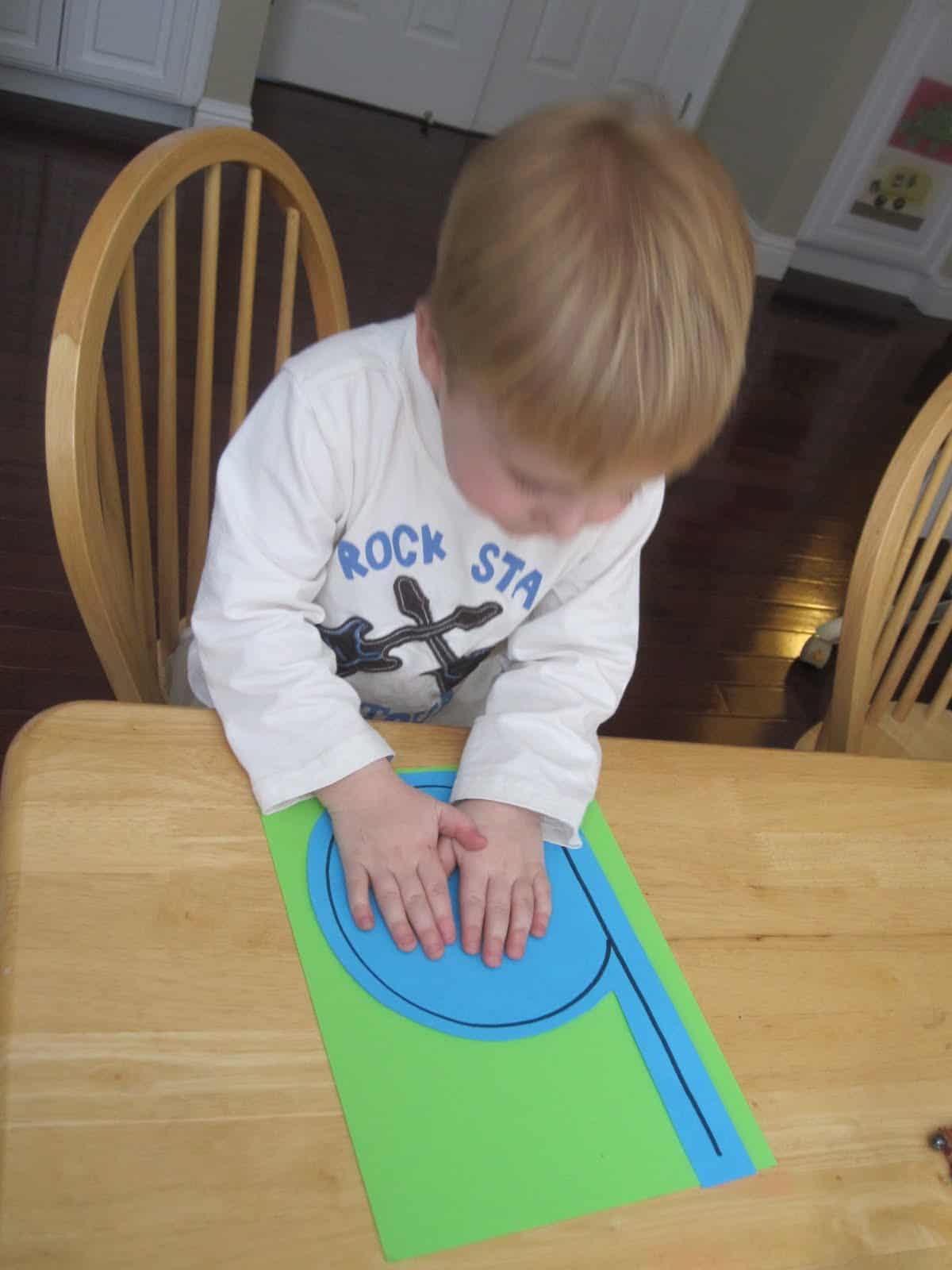 3. Cut out a circle (ball). Add the big circle to the center of the b with glue. 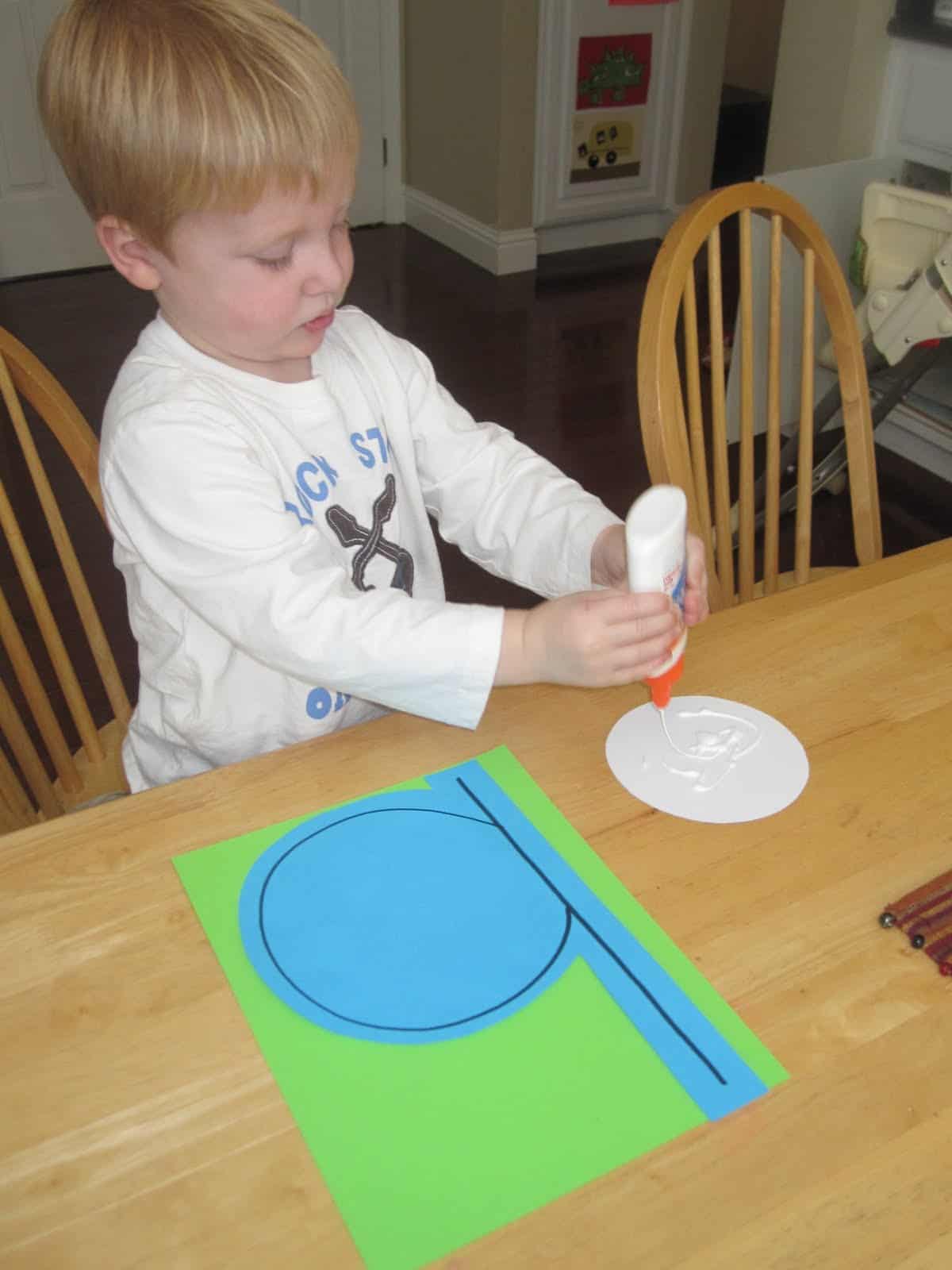 4. Use a marker to have child trace the letter b. "Tall stem down, around like an a." My little guy loved the tracing part. 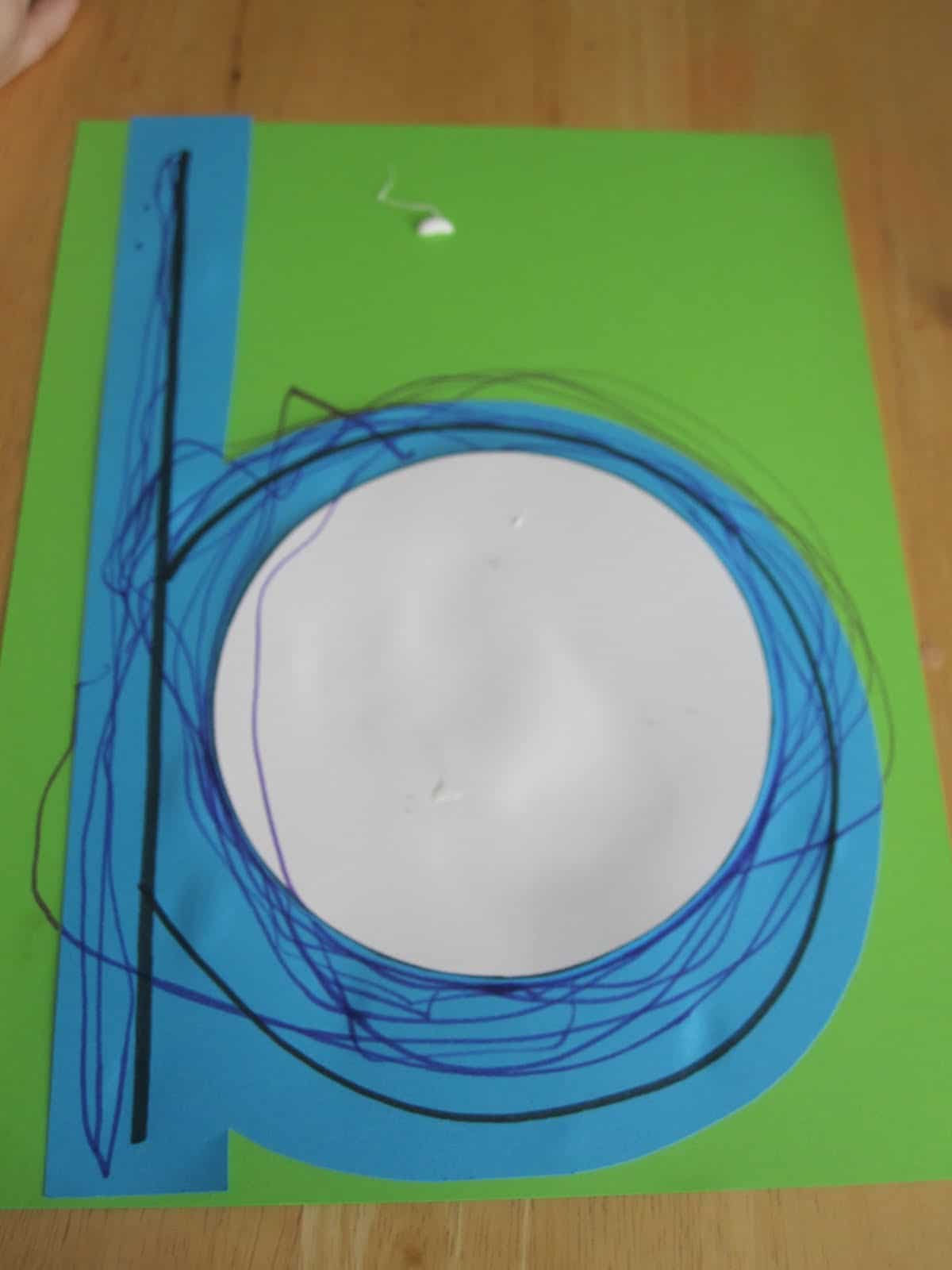 5. Add some glue onto the circle (ball) and cover it with colorful pom pom balls. 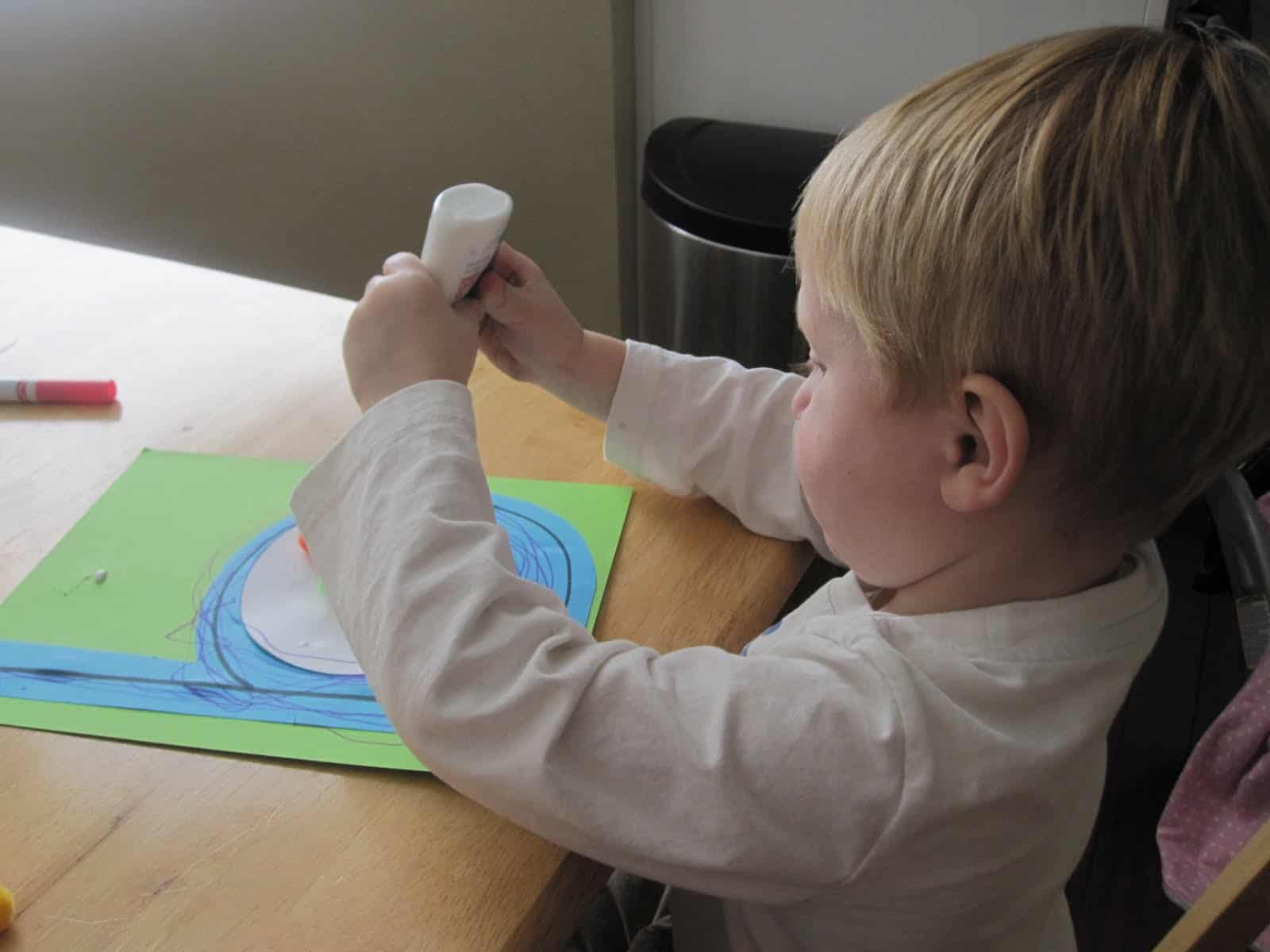 My little guy liked counting the balls as he added them... he made it to 12 and then lost track. 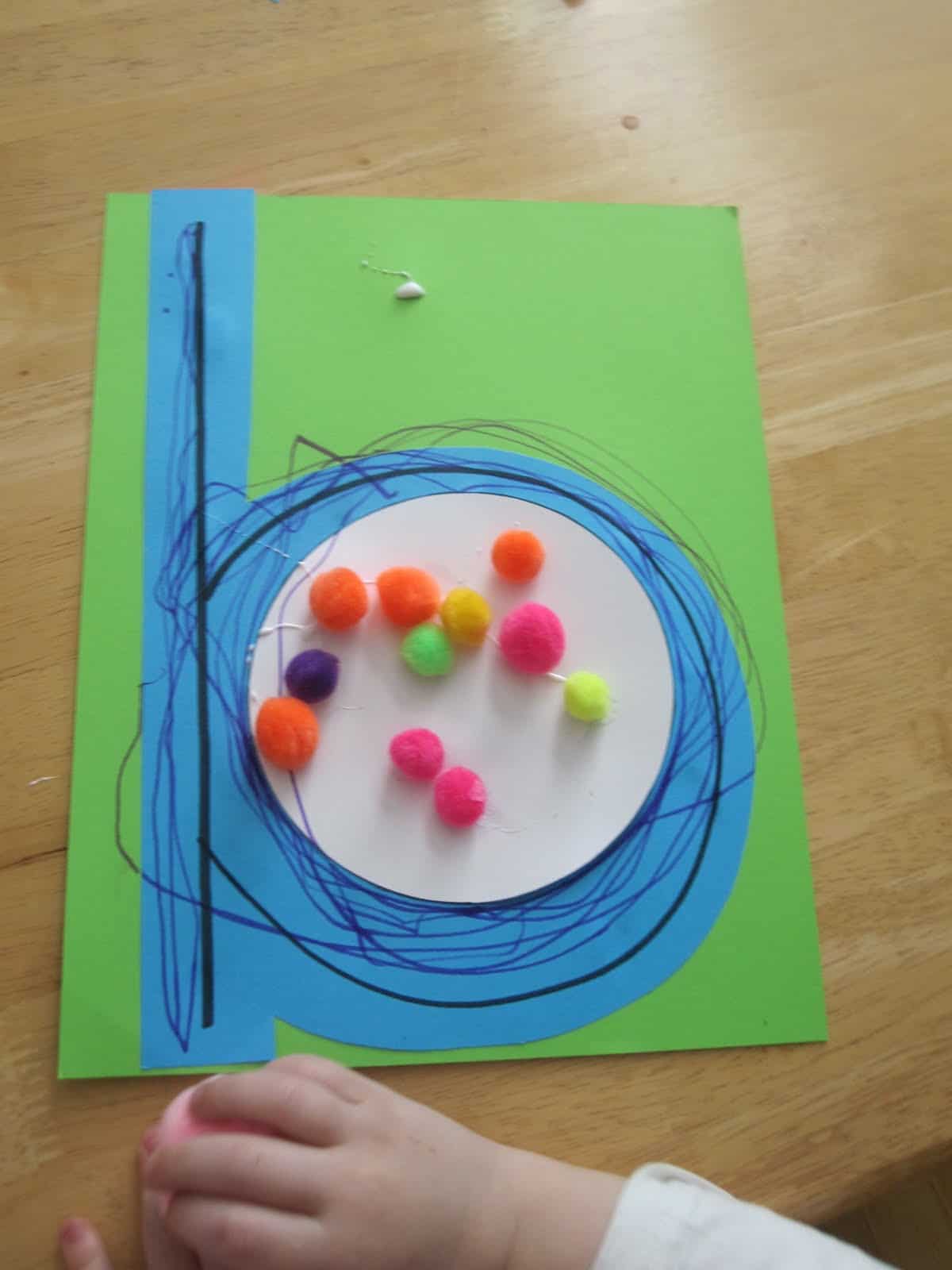 We concluded this activity with some pom pom ball spoon races and tossing. 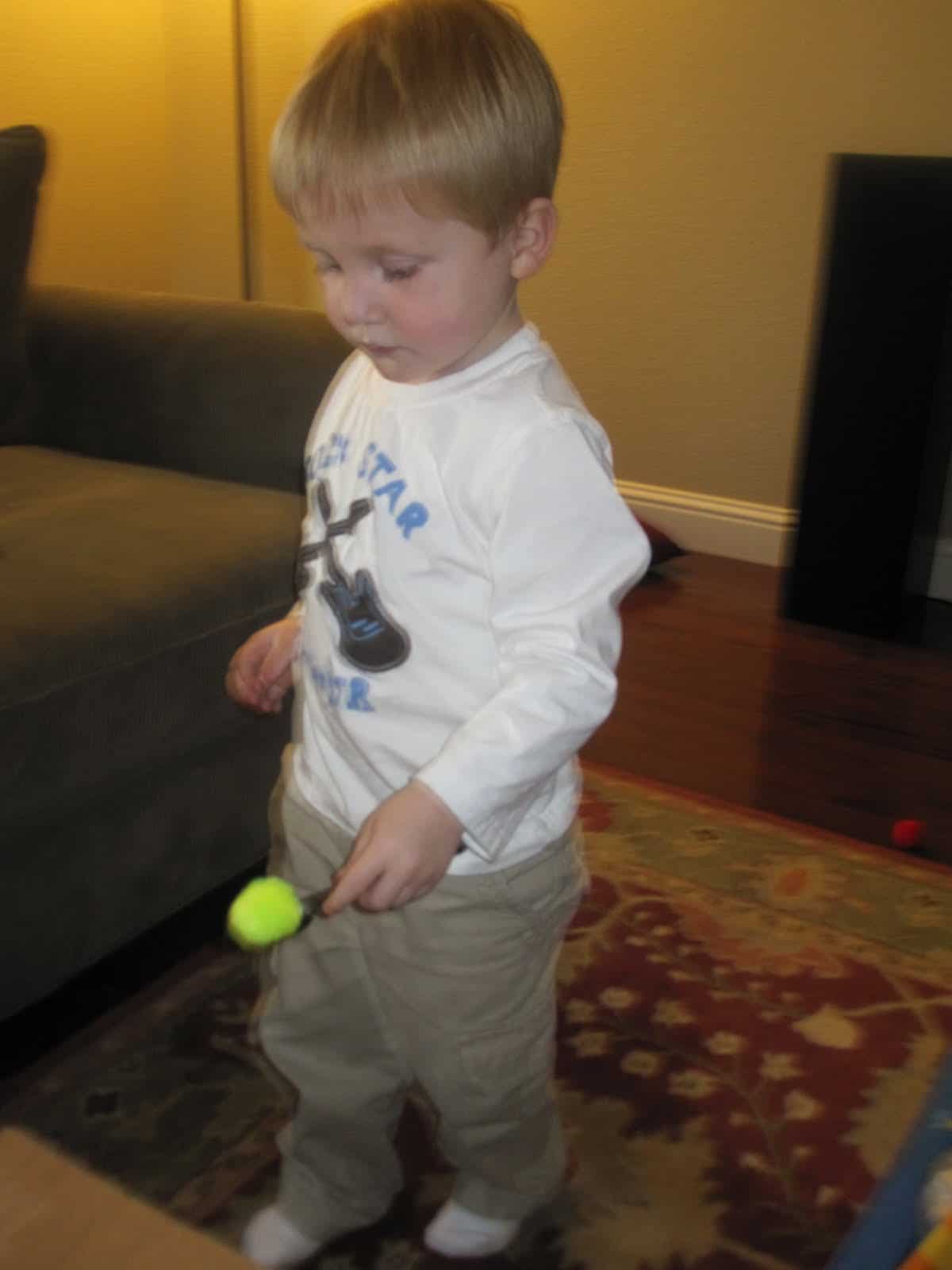 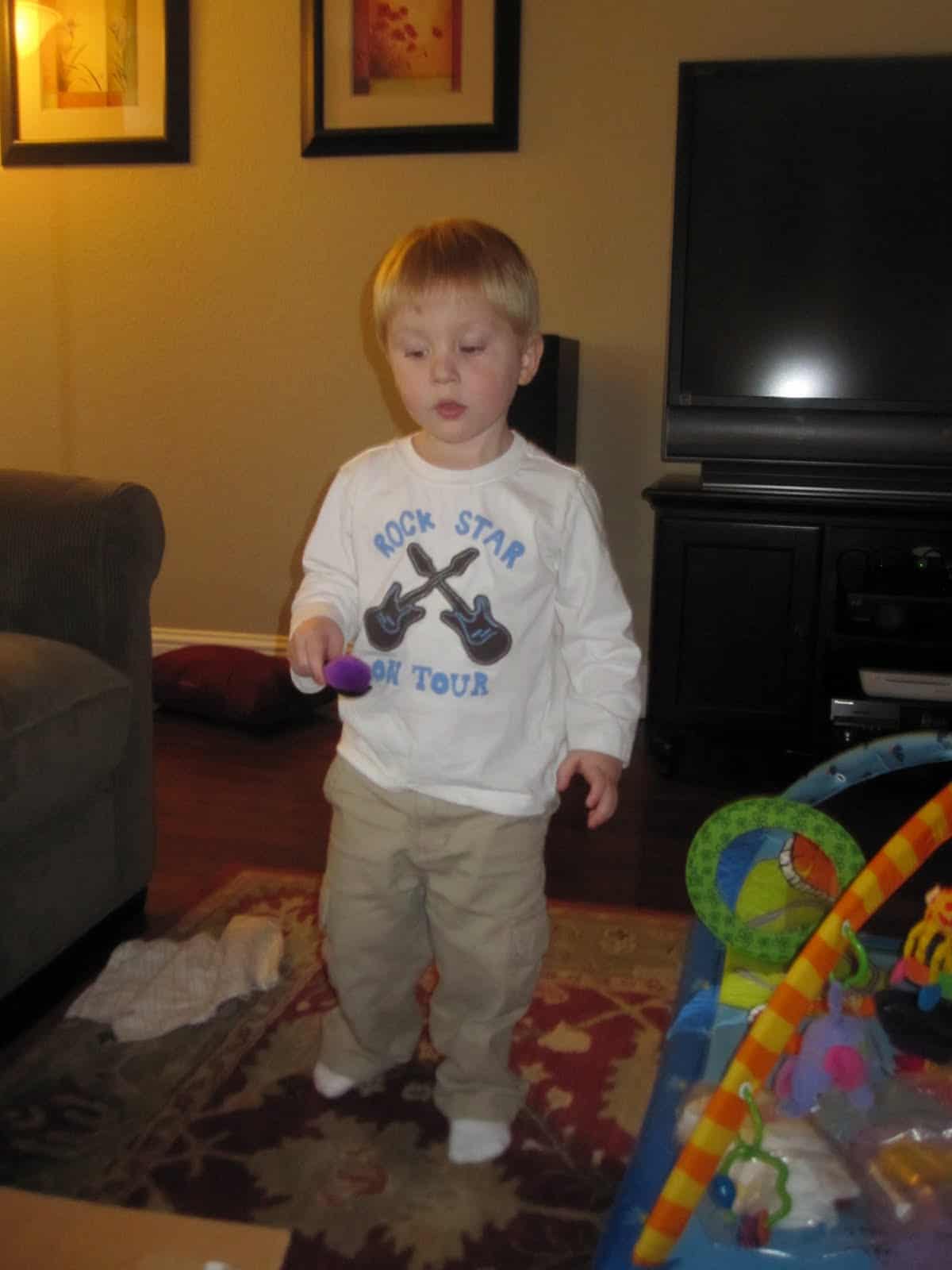 Towel ball toss: Give your child a small kitchen towel to hold with two hands. Toss pom poms at their towel. As you toss the balls, show your child how to pull the towel tight so that the balls will bounce off their towel (kinda like water balloon volleyball). Or you could use a small piece of cardboard as a "bat."The balls will fly around the room. Once they've figured out how to bop the balls, have them try and use their towels/pieces of cardboard, to bop the balls into the diaper box goal. This was a bit harder... but we had a lot of fun trying!

You can find loads of other ball-themed activities here.