I had about 10 minutes to try and come up with an activity I wanted to do with my little boys group today... and it needed to be something active, so this was the silly activity I came up with. There are two versions, one that just involves throwing and target practice, and another that involves some letter recognition. 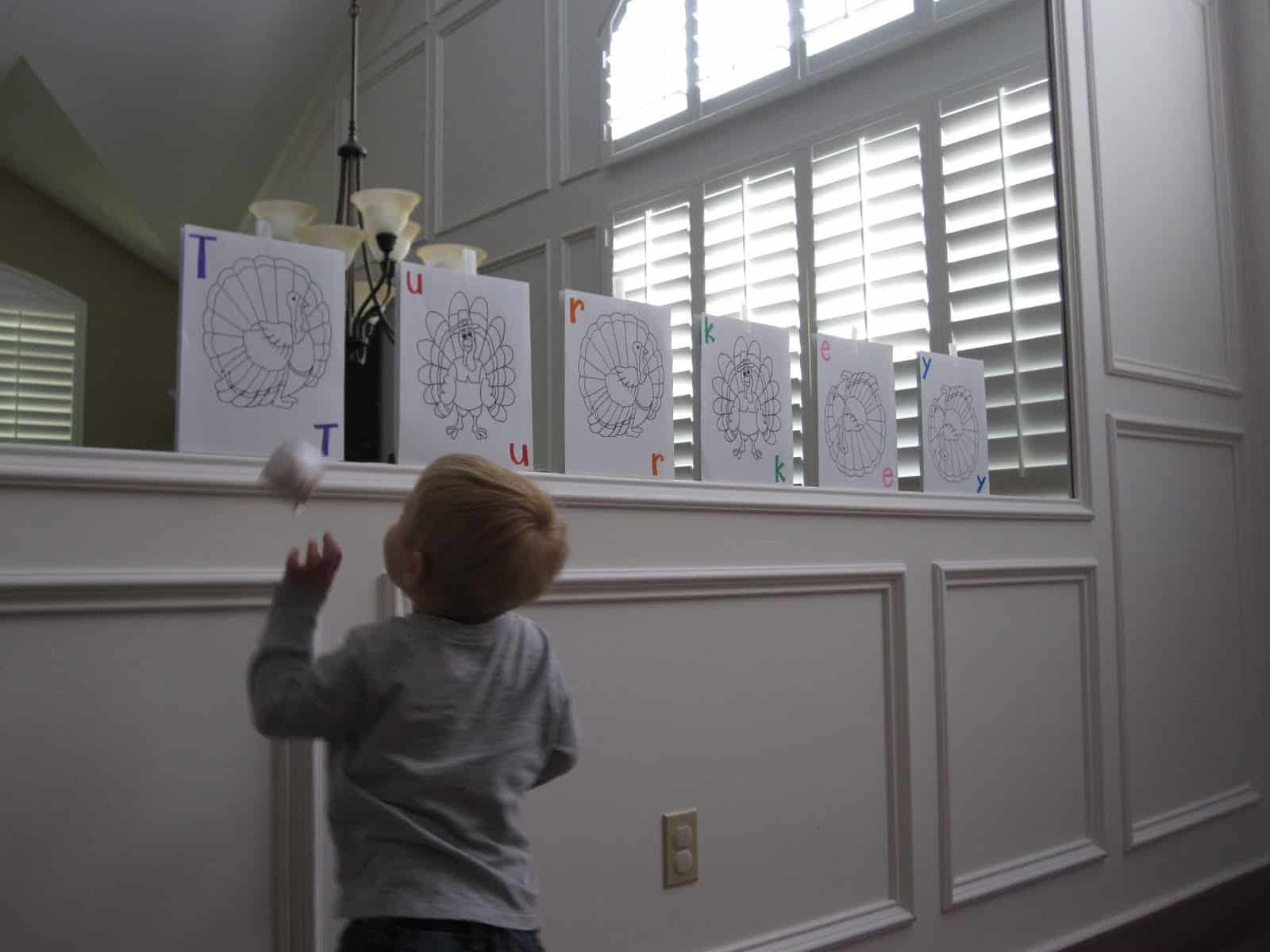 Tape the turkey pictures onto a wall and have the kids try and hit them with the soft balls. When they hit a turkey they need to say "Gobble, Gobble" and run around flapping their arms like a turkey... and then they can start again! 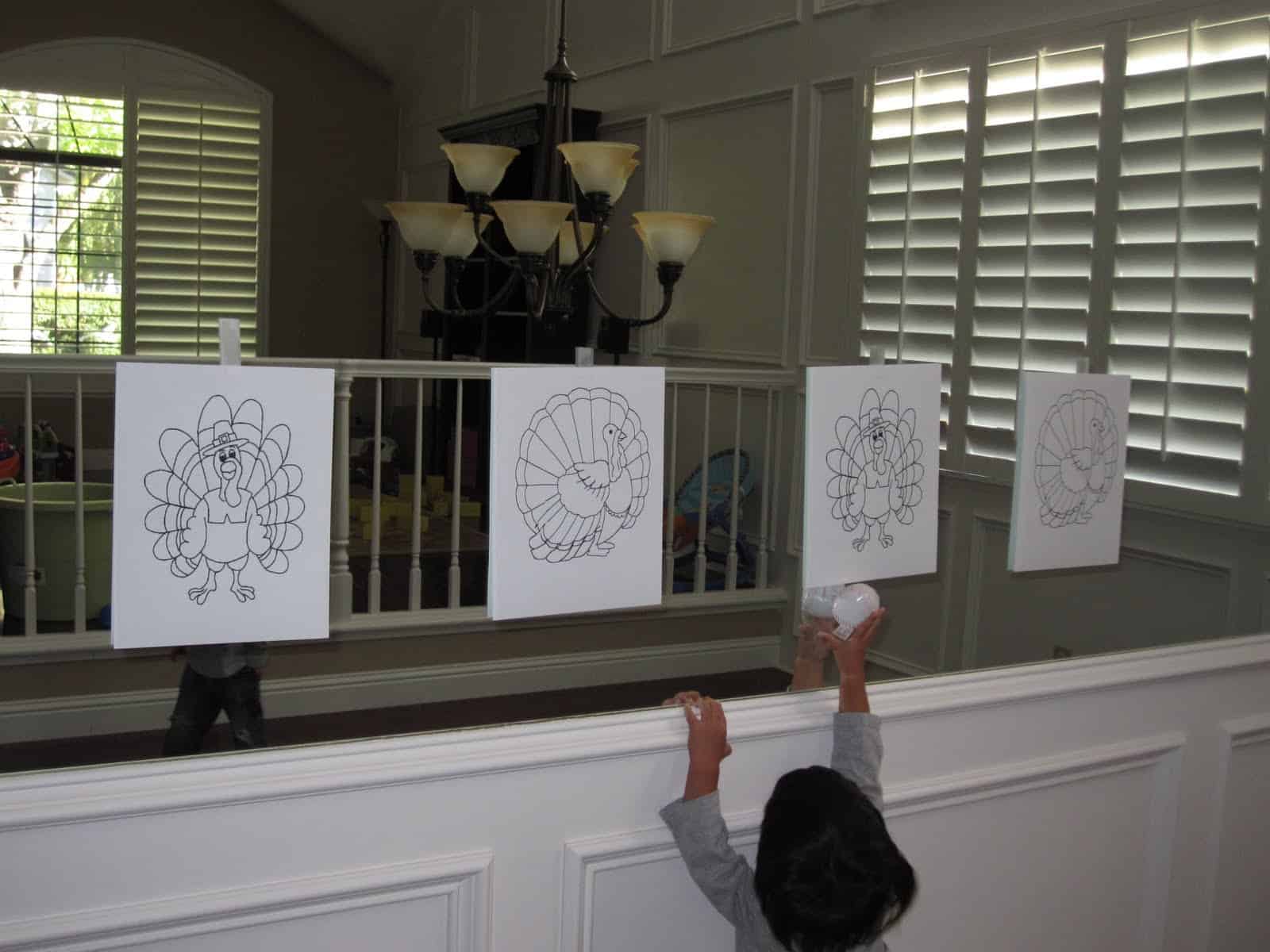 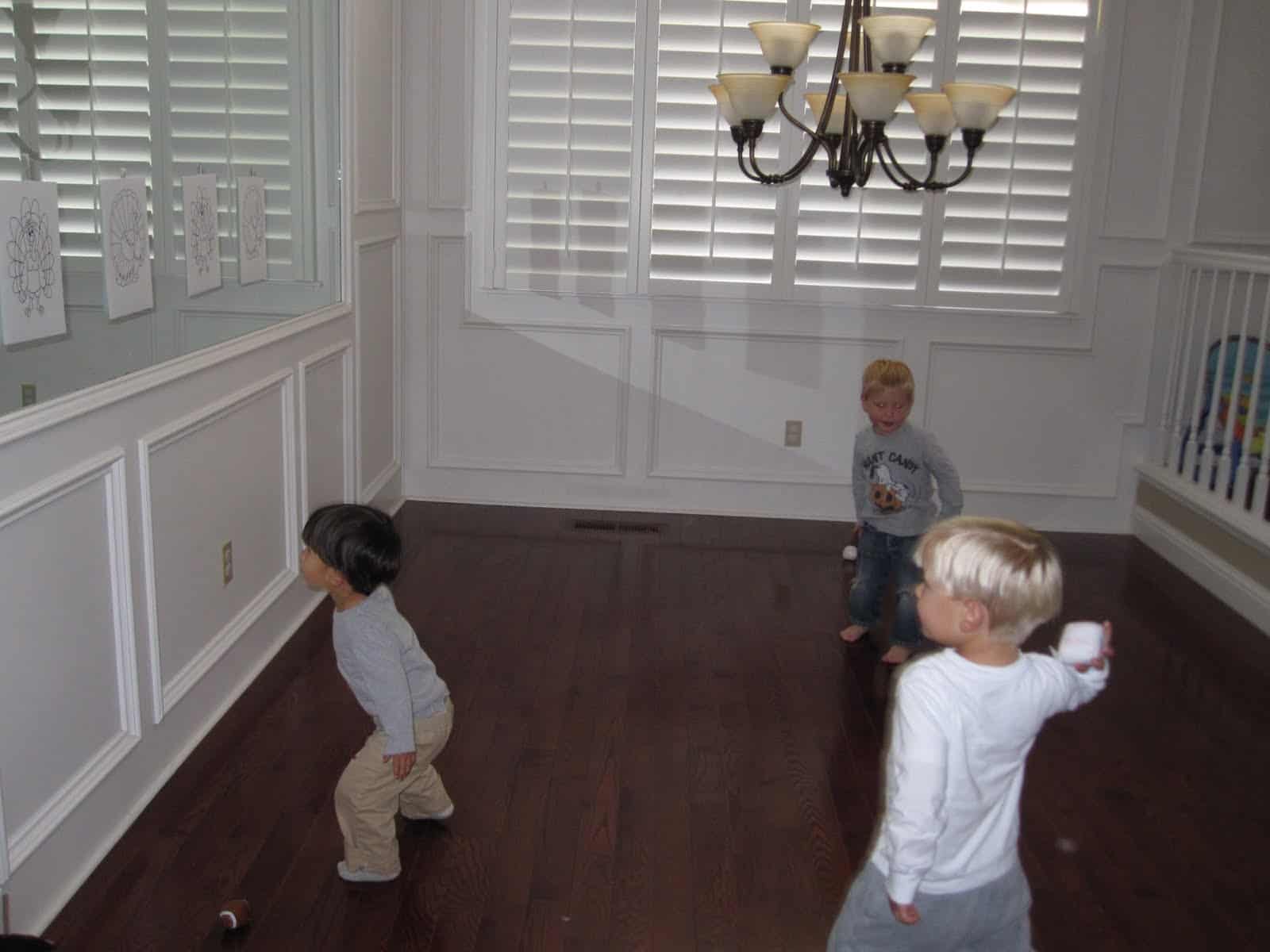 - Write a letter on each turkey coloring page to spell "turkey." 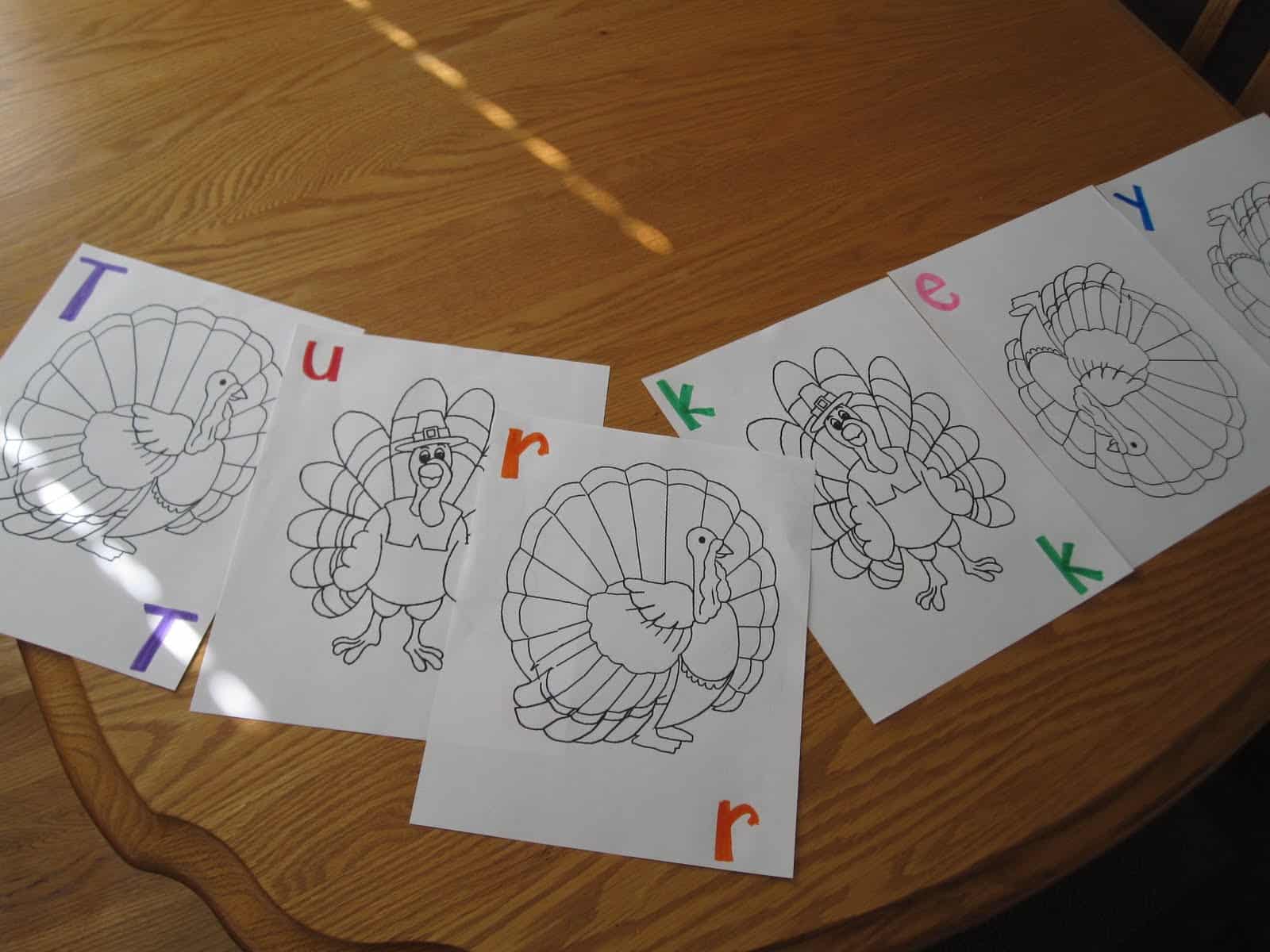 - Stick them up on a wall with tape 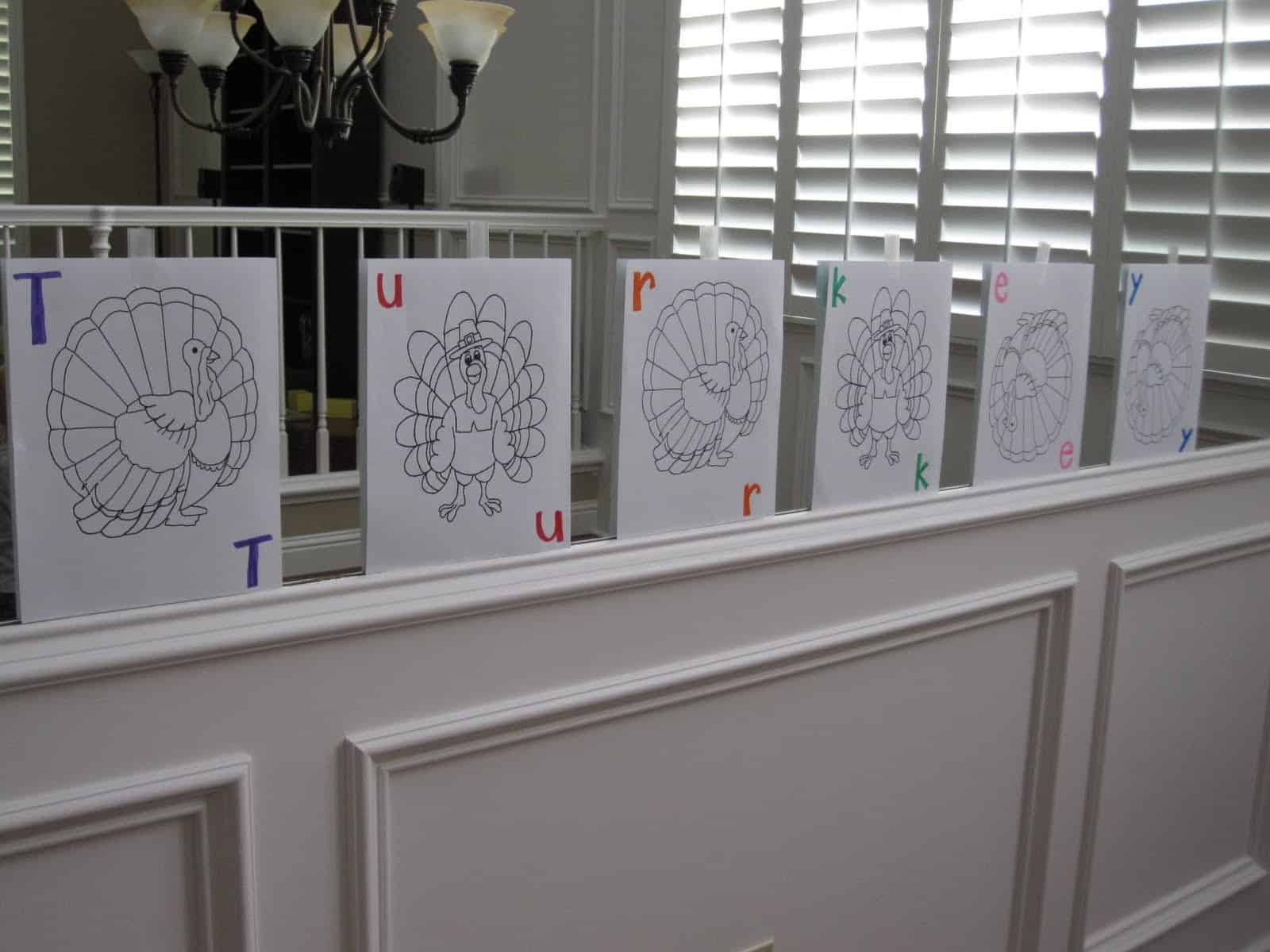 - Get out any foam stickers you have (we used turkey ones) and tell your child the letter that you want them to cover with the stickers. My little guy loved using these stickers and saying "gobble, gobble." 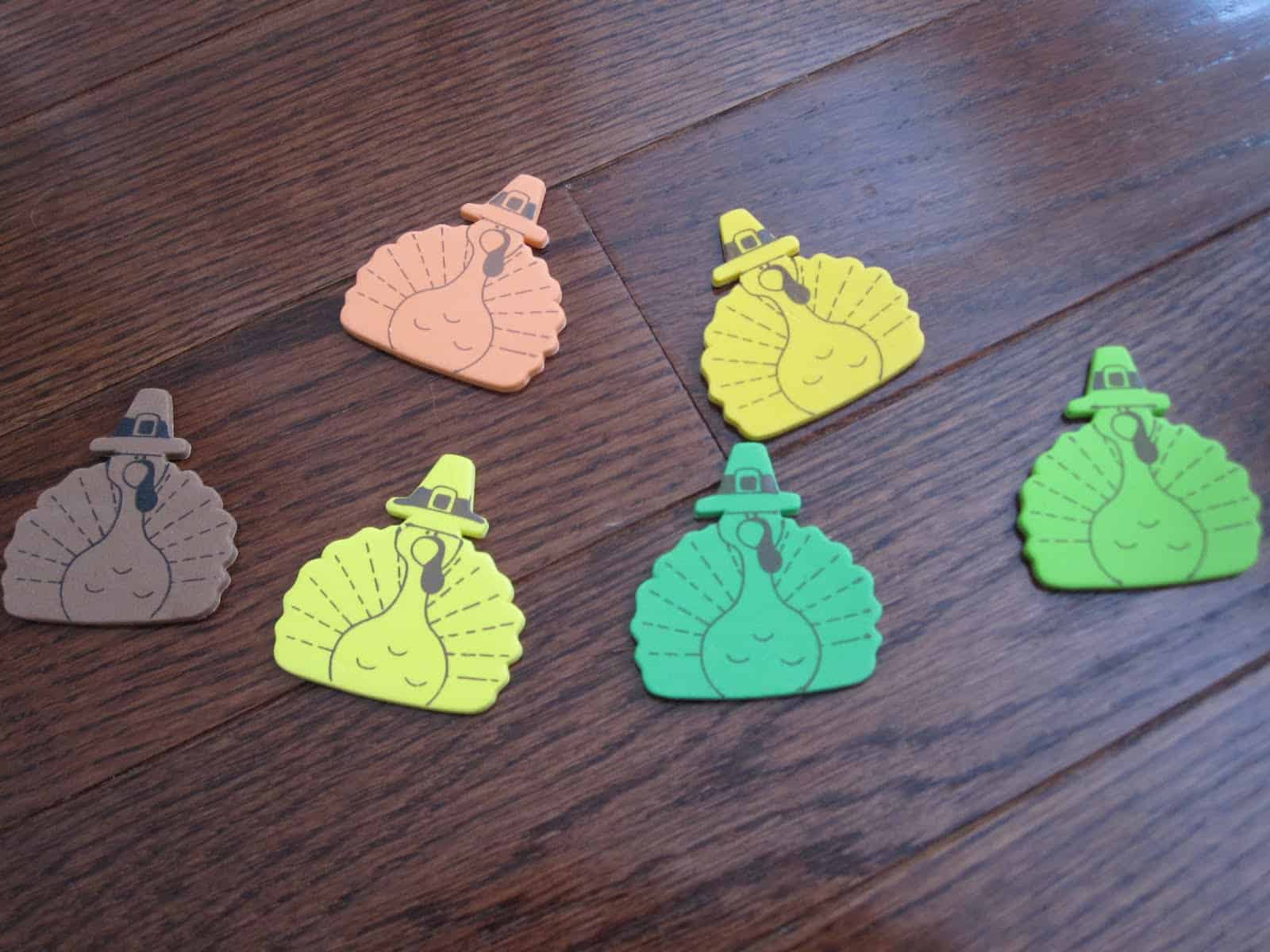 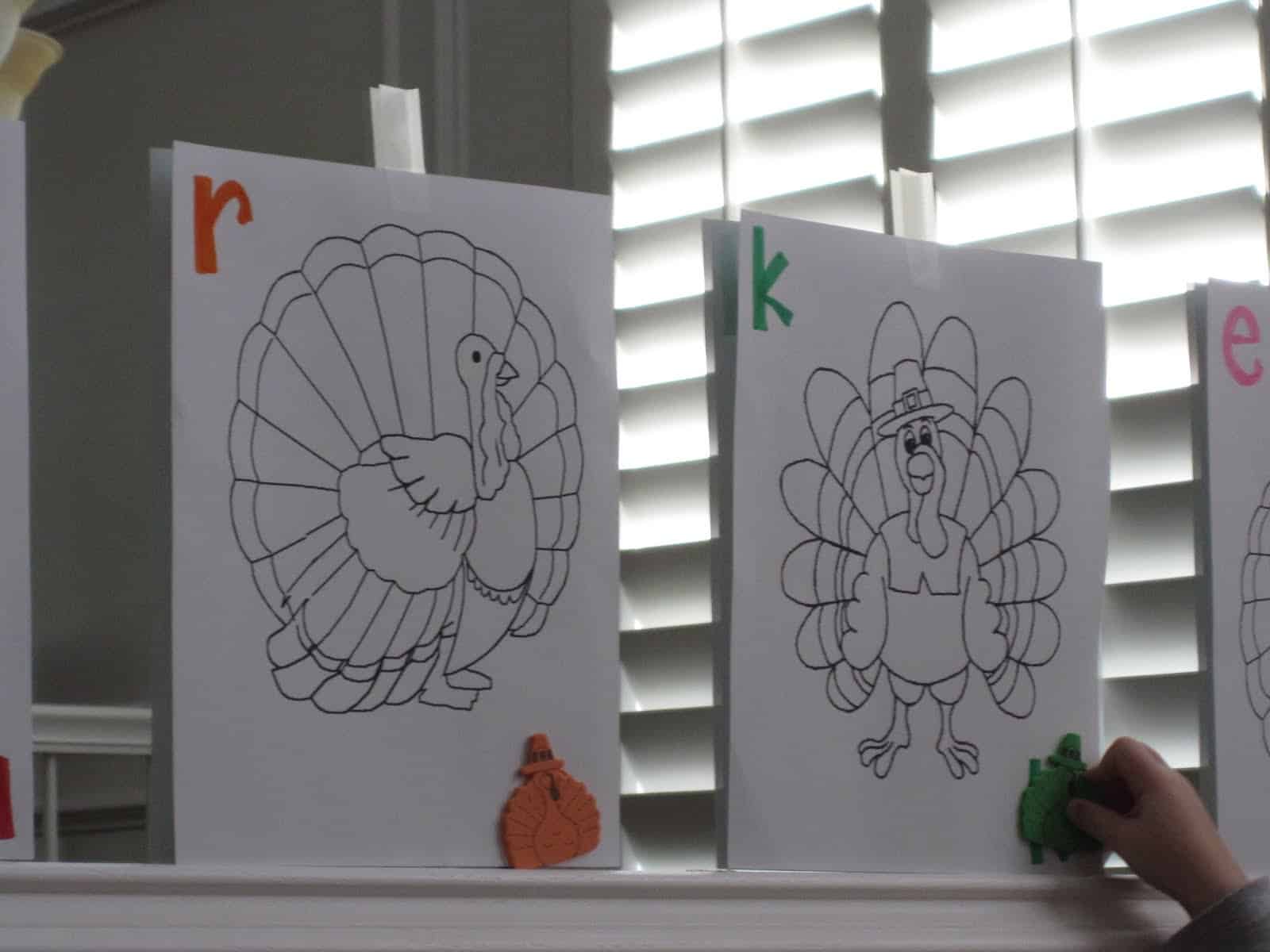 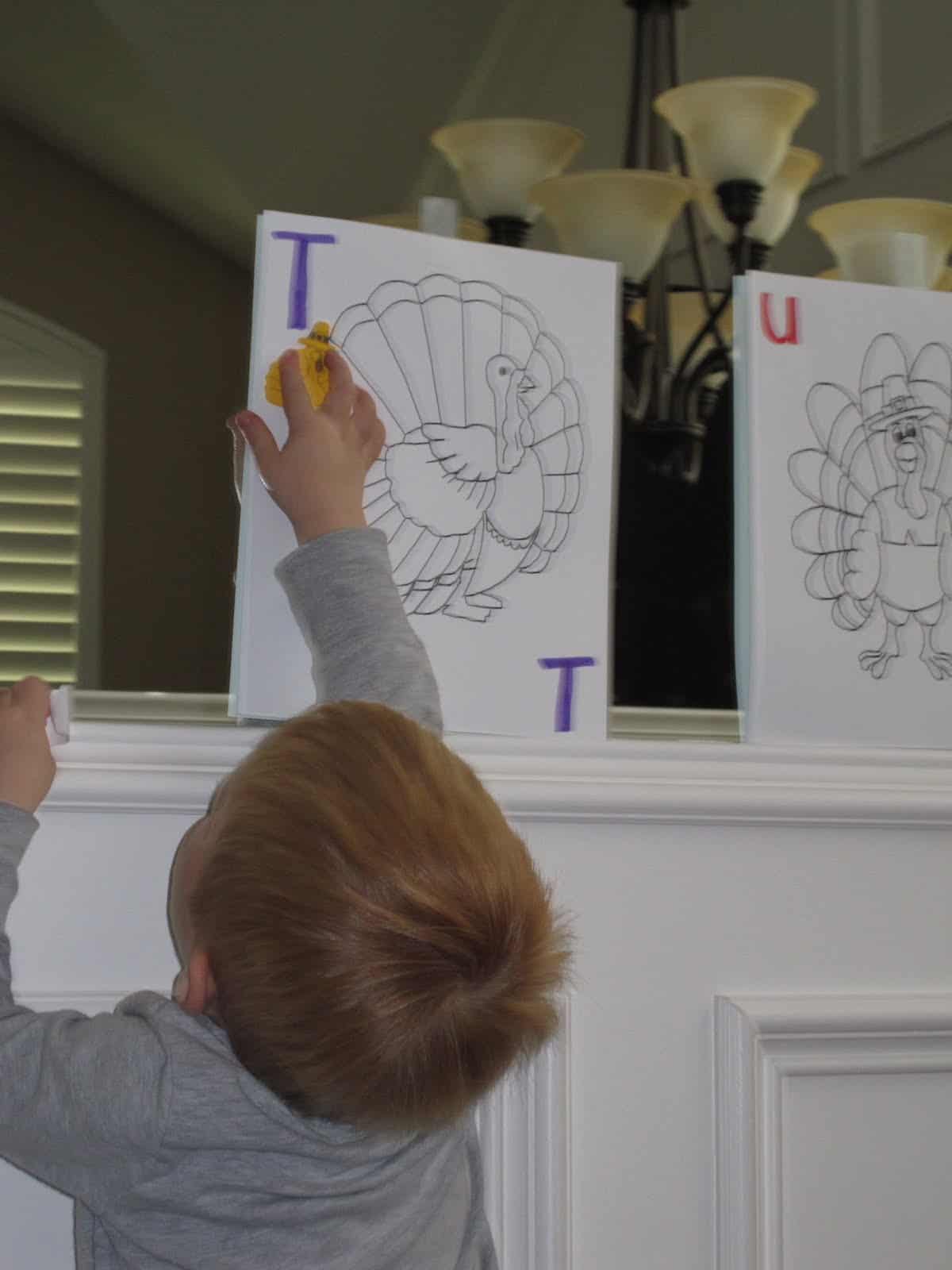 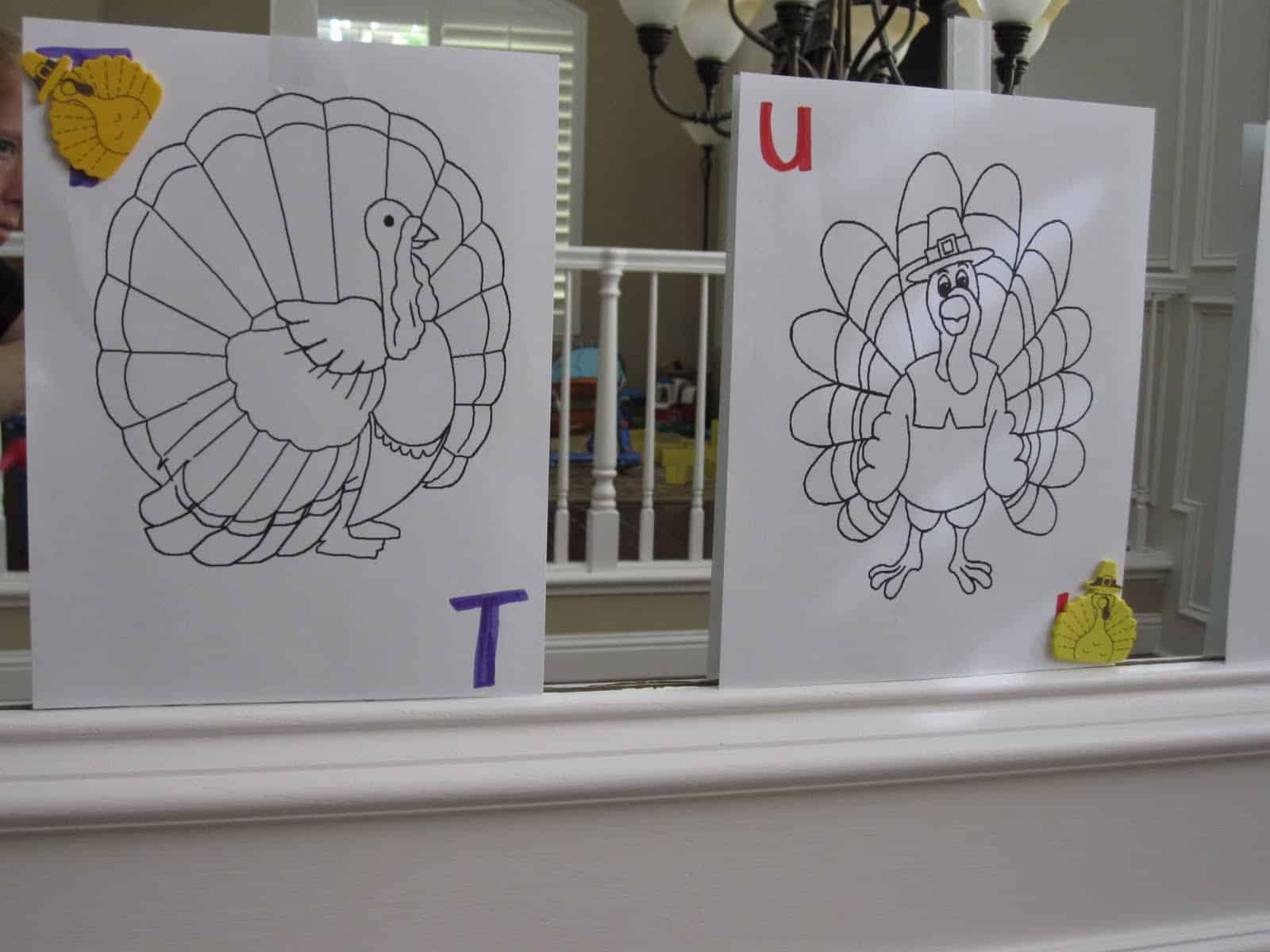 There are tons of different things you could do with this simple activity.

My goals were to work on...

- hand/eye coordination (throwing the ball at a target)

- expose him to the letters that were in the word "turkey"

Older kids could work on learning to spell and read the word turkey.