These activities involved candy corn, dancing, and running around... so they were a hit at our house. There are two activities described below that you can use with the Halloween word cards.

1. Survey your home or classroom with your child and brainstorm Halloween words that your child likes or that are displayed in your environment.

2. Take several pieces of cardstock and write each word on a separate piece of cardstock. Add a visual next to each word. 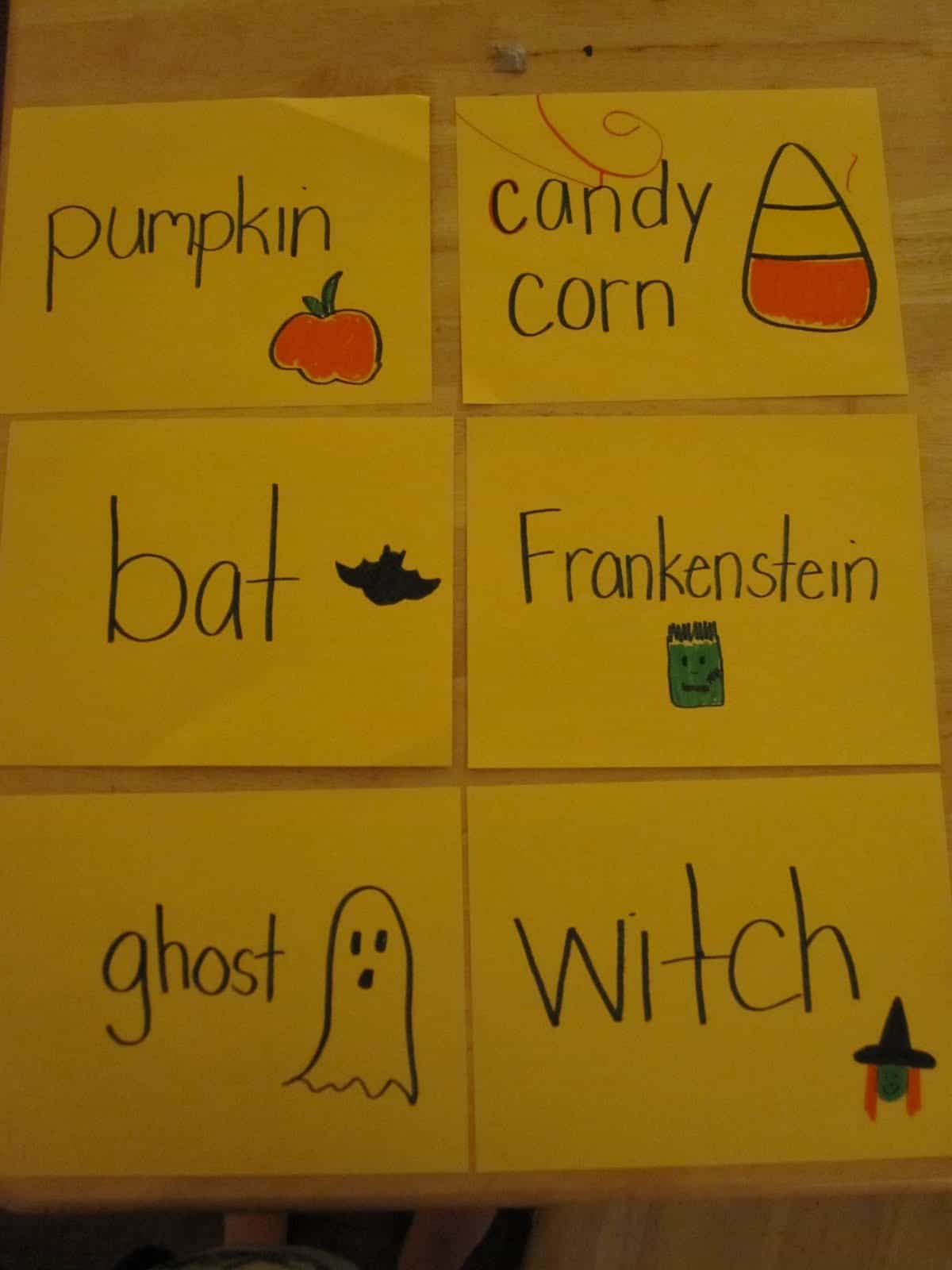 3. On the opposite side of the cardstock, write the letter that each picture begins with (or ends with... or you could do a medial sound... depending on what you're studying). Add a visual next to the alphabet letter if you'd like. 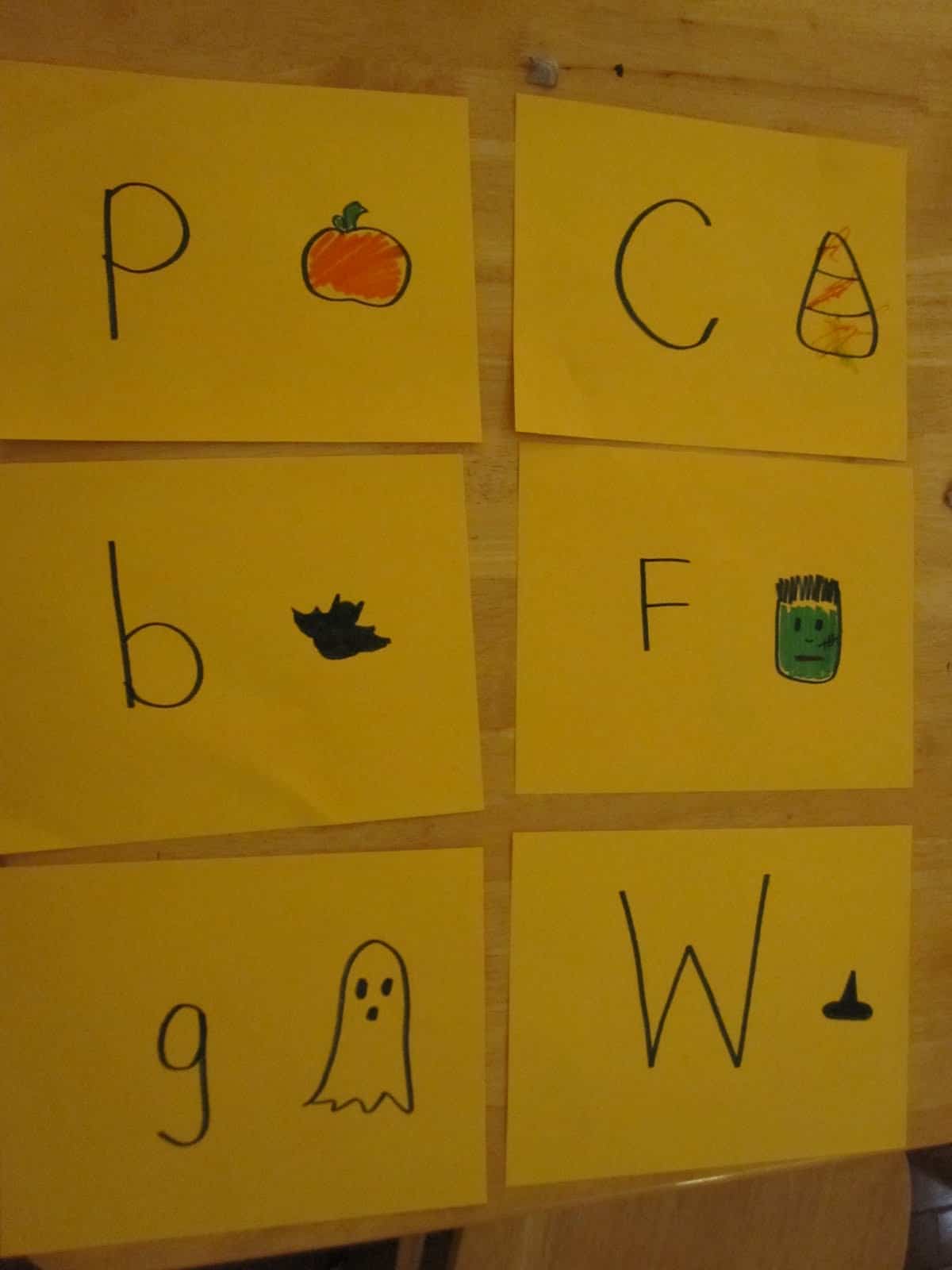 4. Spread the cards out in an open space. We started with them face up displaying the Halloween words. 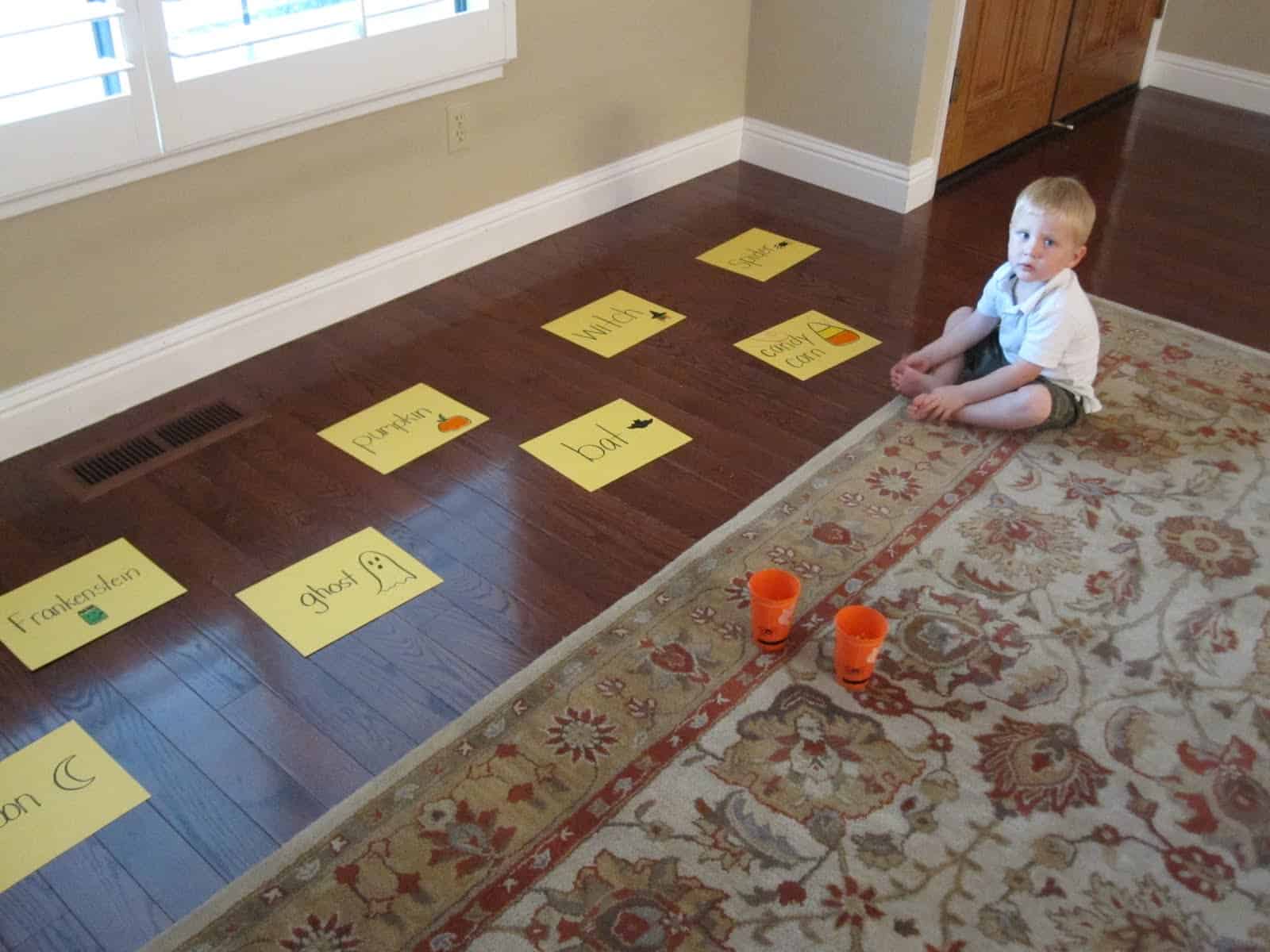 5. Give your child a cupful of candy corn... and start the game! 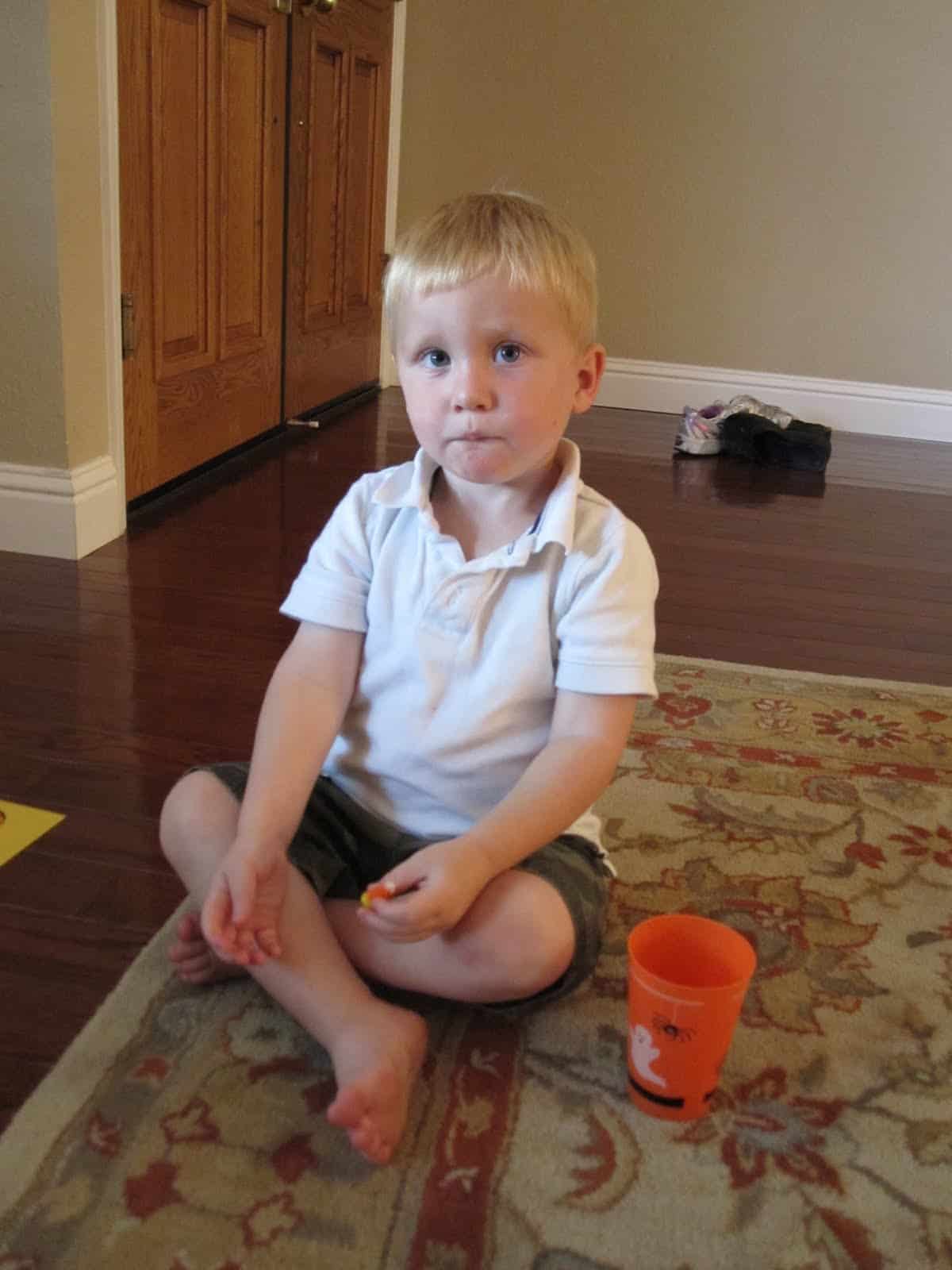 - Start off by saying the Halloween word and have your child put a candy corn on the correct card. "Can you find the word spider?" 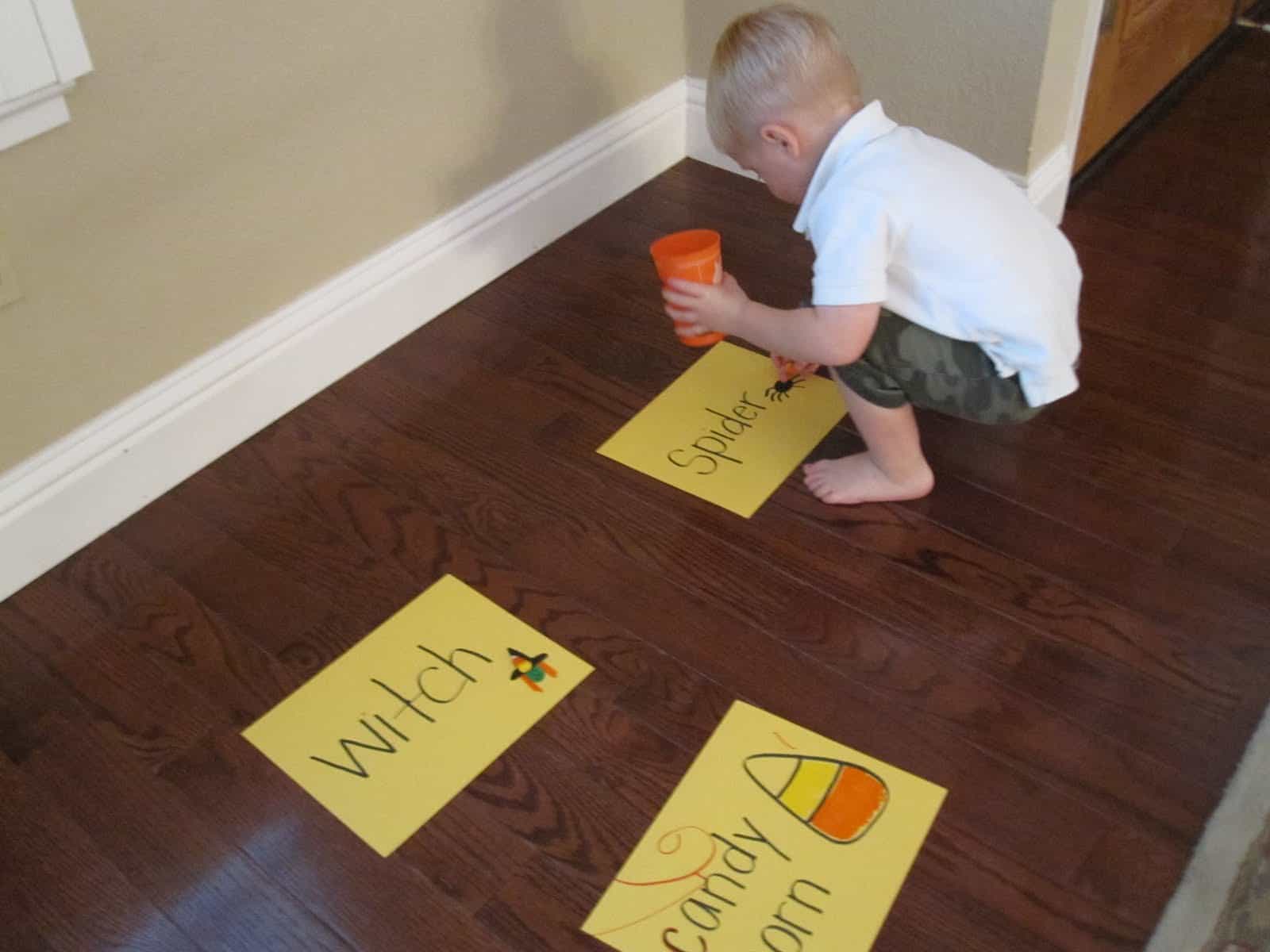 - Next, say the letter that the word begins with and have your child put a candy corn on the card that starts with that letter. For example, "what word starts with s?"

- Then you can make the activity even more difficult by focusing on medial sounds or end sounds. "What word ends with t?" (ghost and bat)

Make sure you make the game fun by clearing the cards from time to time and eating all the candy corn! 🙂 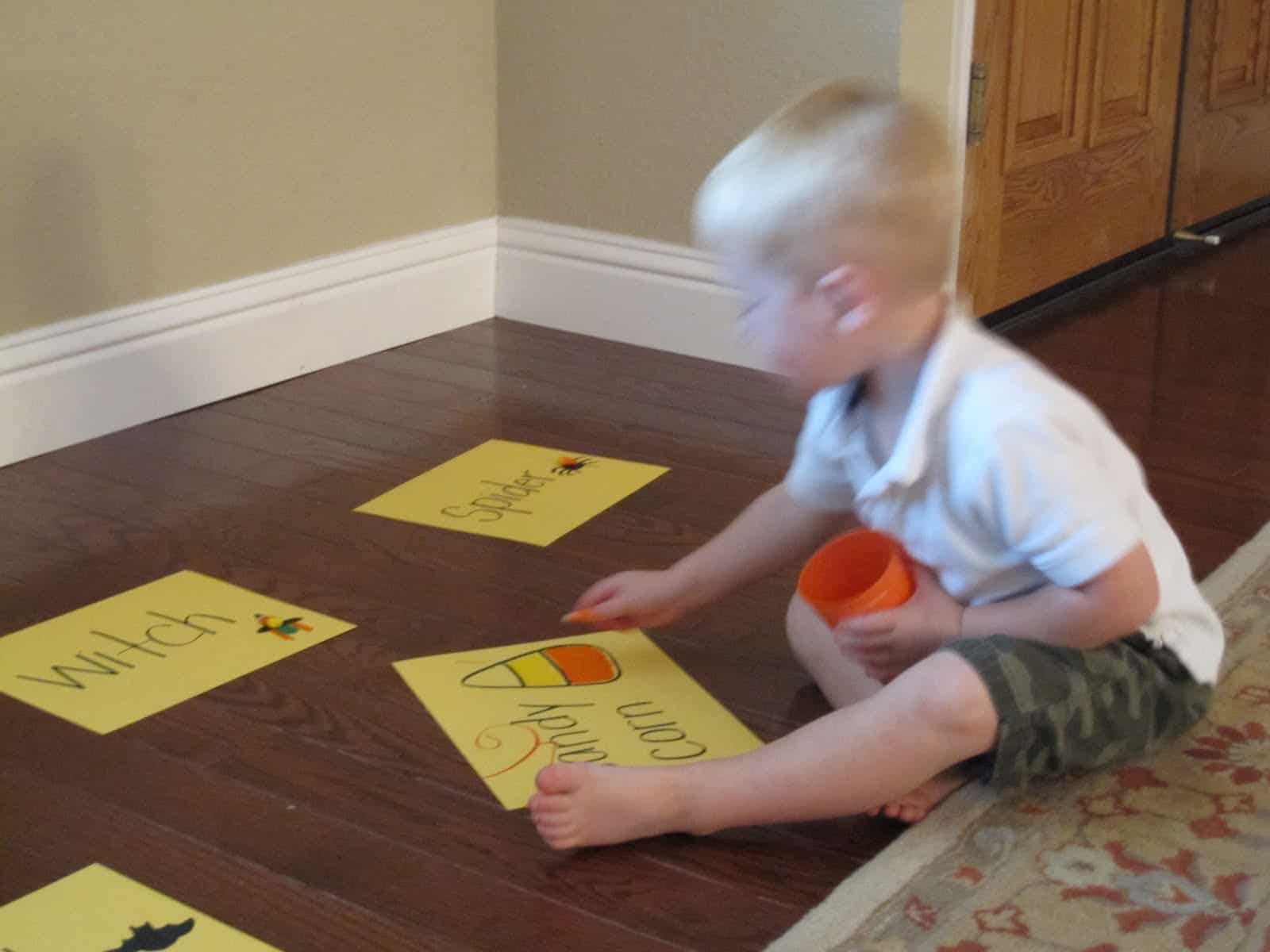 - Spread the Halloween cards all over the room

- Dance around the room 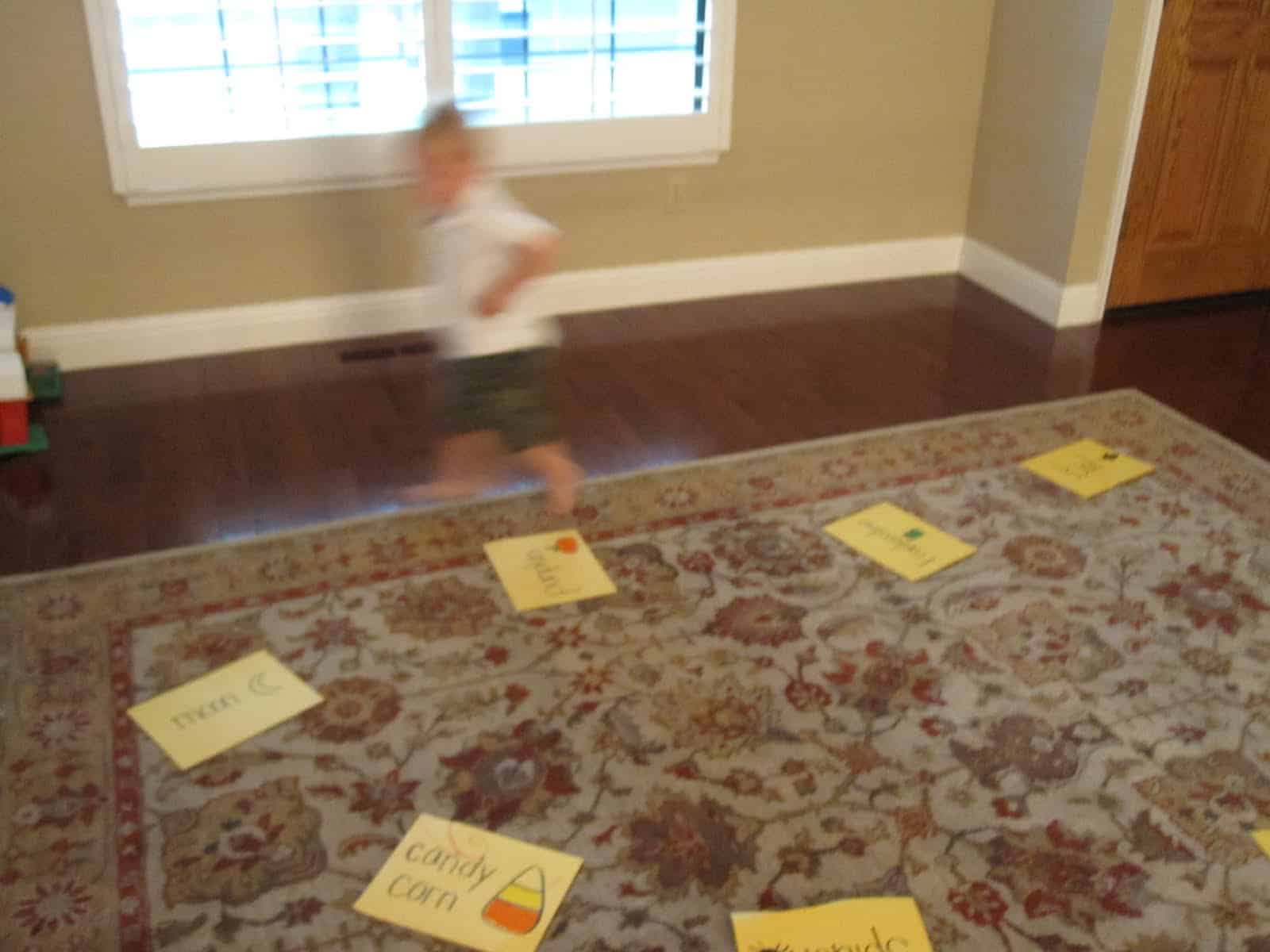 - Have the kids tell their friends what word or letter they are standing on (depending on what side of the card is facing upwards) "I am on the letter b for bat!" "I'm standing on the spider... spider starts with the letter s... or makes the /s/ sound!"

These cards could also be used to practice spelling. When the child lands on top of a word you could have them look at the word, cover it with their feet... and then try and spell the word without looking down. If you are just using the letter card with visual... that will also work great for giving them a reminder of what letter the word starts with...

We had SO MUCH FUN eating candy corn and dancing around this afternoon!