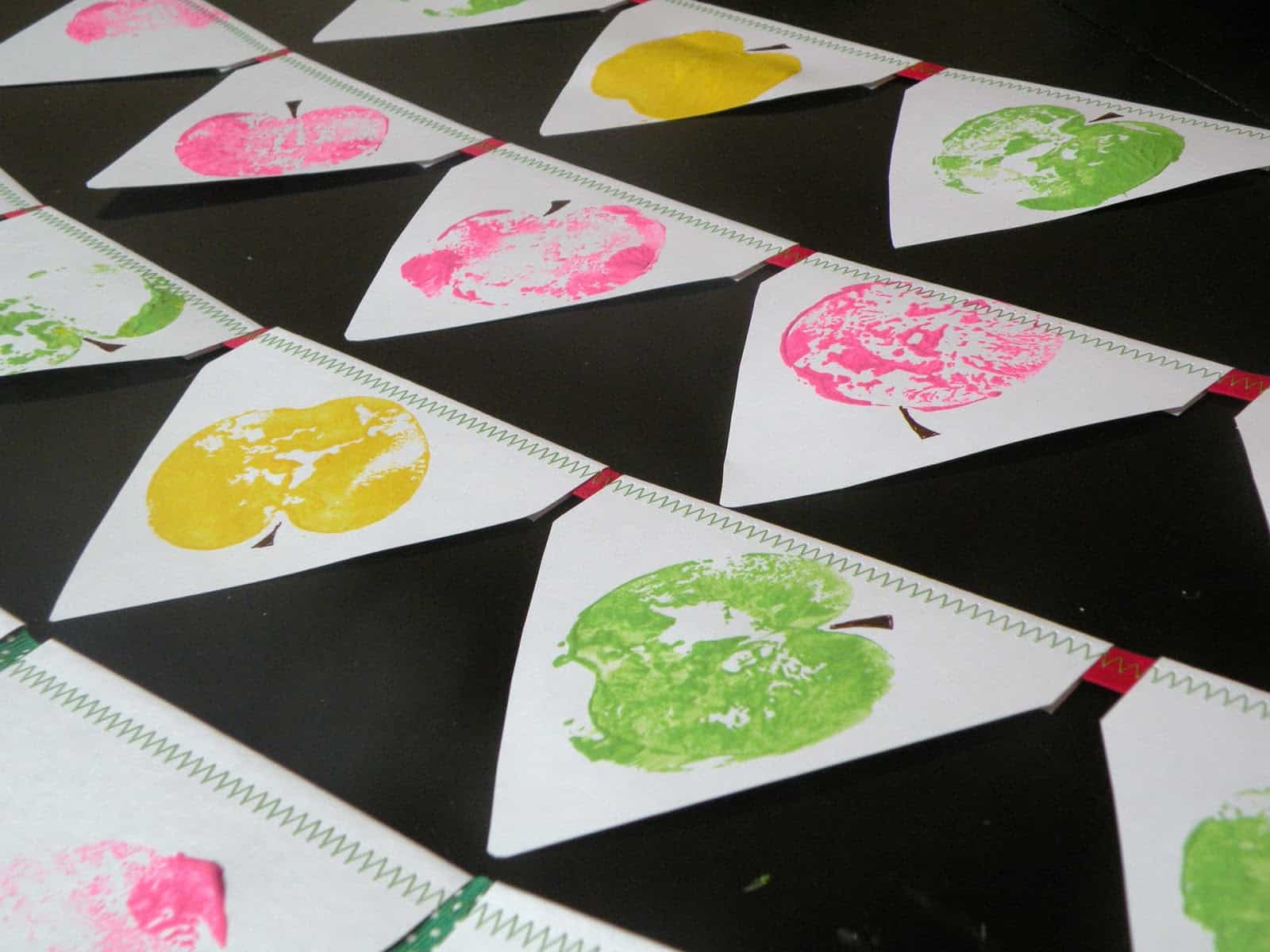 We had a few other 3 yr olds over earlier this week for an "Apple Themed" Preschool.  I wanted to do a craft that they (and their parents) would want to display, and I've been wanting to try some printing/stamping with apples - so we made Apple Print Banners.

In advance: Cut desired number of Triangles or Squares out of cardstock (I cut 6 for each child). Be sure to add an extra inch on top.  Fold over 1/2 inch on the top of each shape and sandwich the ribbon betweeen this fold.  Secure the shapes to the ribbon (I used a sewing machine zig zag stitch - but you could just as easily glue, tape or staple it together). 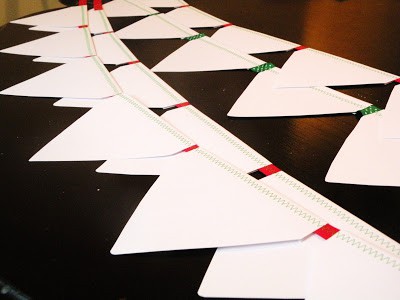 Place a small amount of paint on a plate.  Dip apple into paint and stamp on the cardstock (it may help to blot on paper towel first). 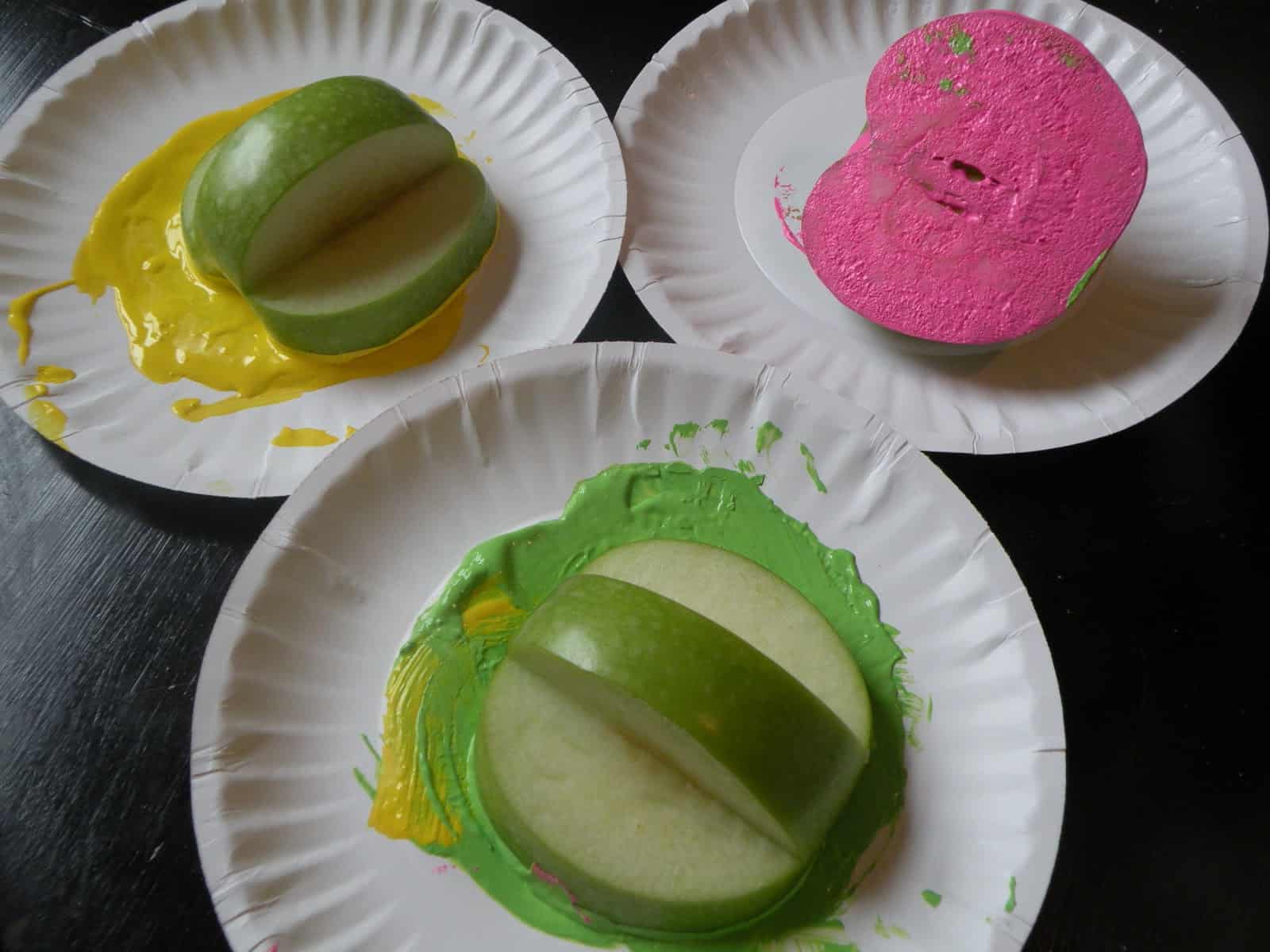 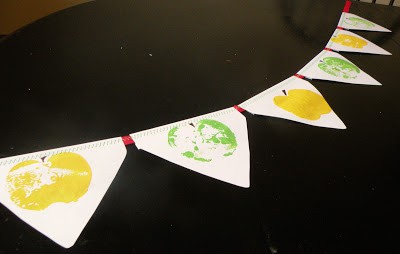 Some of the children were more liberal with the paint - so I had to break out my blowdryer to speed up the drying process.

Below are a few of the other "Apple" Themed activities we did: 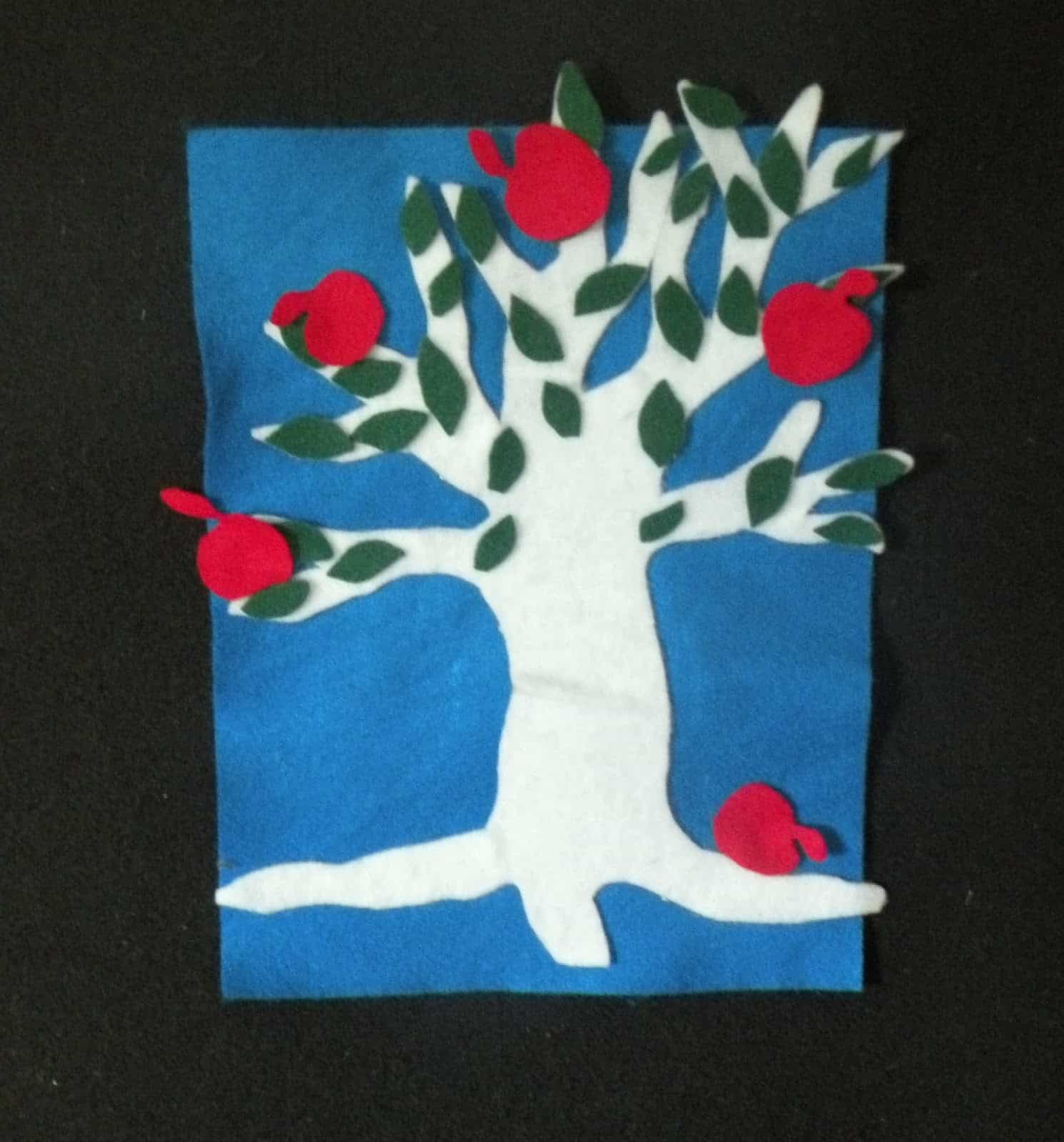 (Recognize this tree from one of my first Toddler Approved posts)

Hanging on a tree

The juiciest apples you ever did see!

The wind came past

And gave an angry frown

And one little apple came tumbling down.

Way up high in an apple tree

Five little apples smiled down at me

I shook that tree as hard as I could

Down came the apples

Mmmmm, were they good!

[Repeat counting down until no apples are left]

Instructions on how to make this yummy apple treat found here on a Family Kitchen Babble post.  While the kids were eating their treats I cut open an apple so they could exampine the seeds (remember if you cut it in half as in the above picture, the apple seeds are formed in the shape of a star).  We also discussed the "Lifecycle of an Apple" using this free printable from Montessori for Everyone.

The Worm Went Through the Apple (to the tune of For He's a Jolly Good Fellow) found here - you'll have to scroll down to find it but will find several other apple ideas in the process.