We had a little crafts class this morning and made shape dinosaurs with our little friends. The kid's ages ranged from 2-4, so it was fun to see the differences in the end product. 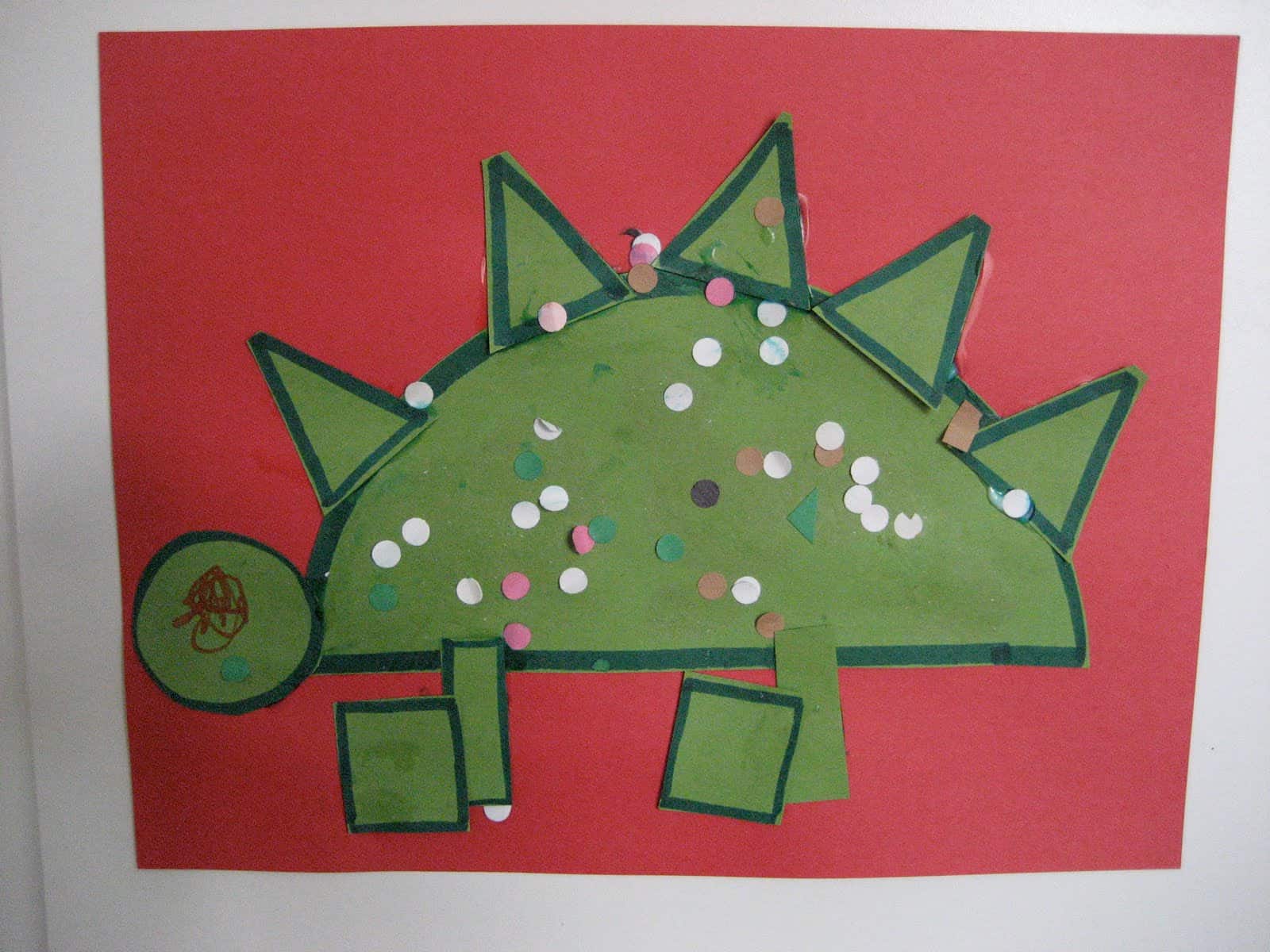 Materials Needed: hole puncher, colored cardstock (we used green for the dinosaurs and then let the kids each pick their background color), scissors, Elmers glue and glue sticks, markers, crayons.

Directions:
1. Make a little shape template like this ahead of time for each kid. I got this crat idea from No Time for Flashcard's Shape-o-Saurus. I cut out the shapes ahead of time for the 2 year-old kids and then let the 4 year-old kids do their own cutting. Some of the 3 year-olds wanted to cut, but then halfway through, they wanted help... so we were accommodating to everyone. 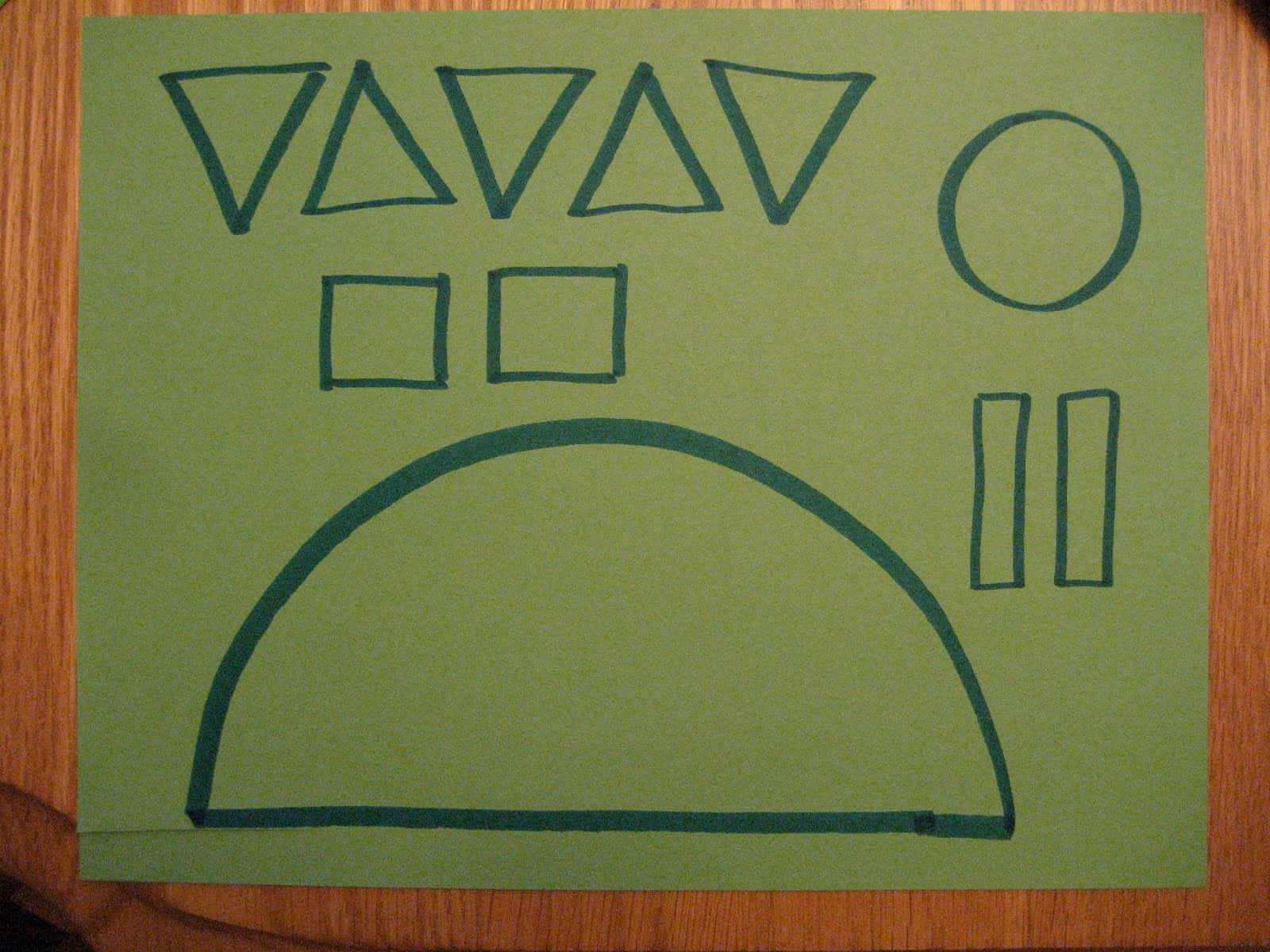 My son and I did a practice project ahead of time (since I usually don't have time during crafts class to take pictures)... so while I cut out all the shapes, he used crayons to color the background (his dinosaur land). 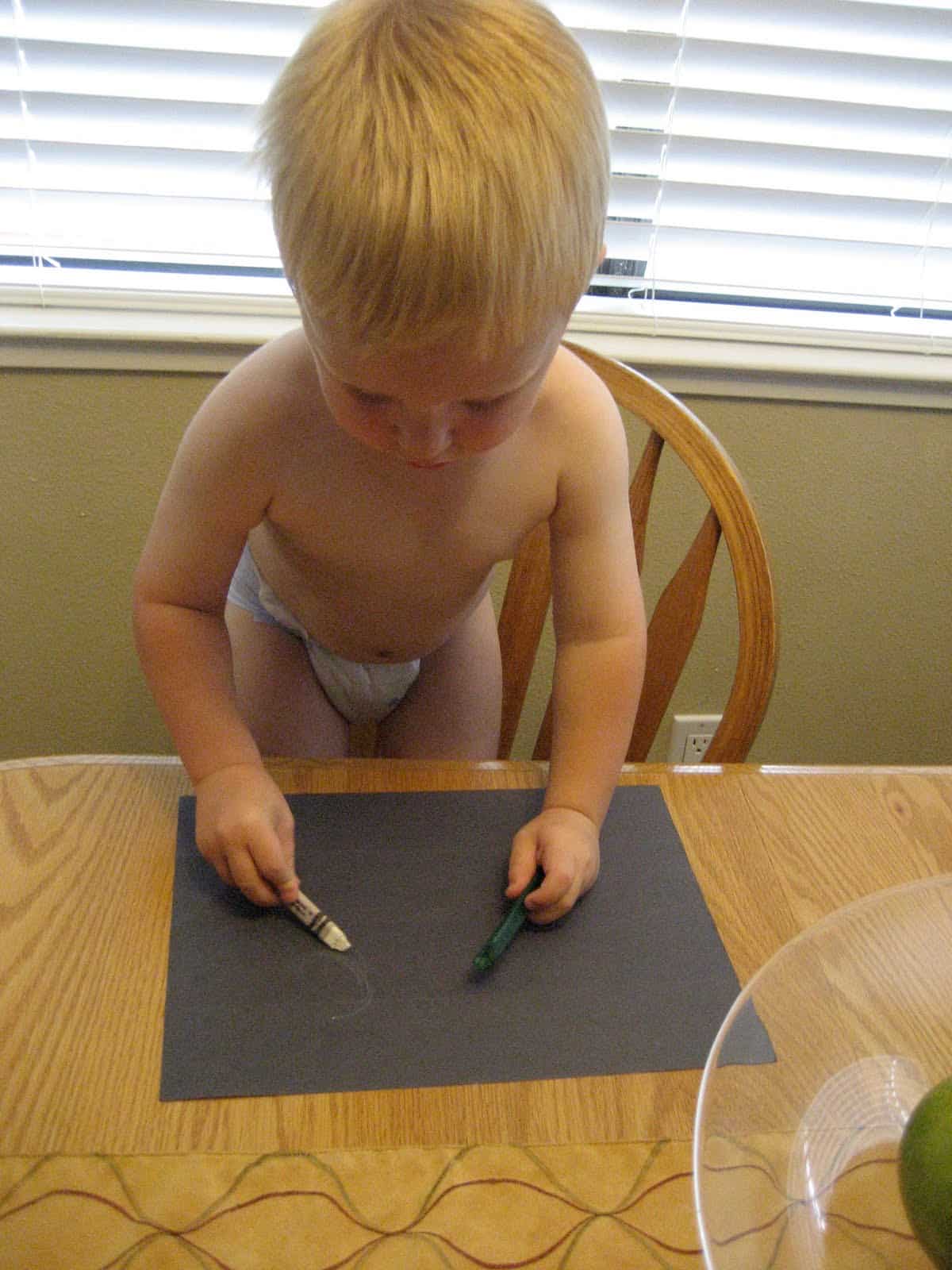 2. With Elmers glue, draw an outline of each shape and then have the child stick the paper shapes in the correct place. For older kids, they can use Elmers or a glue stick and glue the entire dinosaur themselves.

As I drew the shapes with glue, my son would tell me which shape we were putting onto the paper. I was amazed at how easily he was able to put this entire project together once I drew him the glue outline for the shapes. 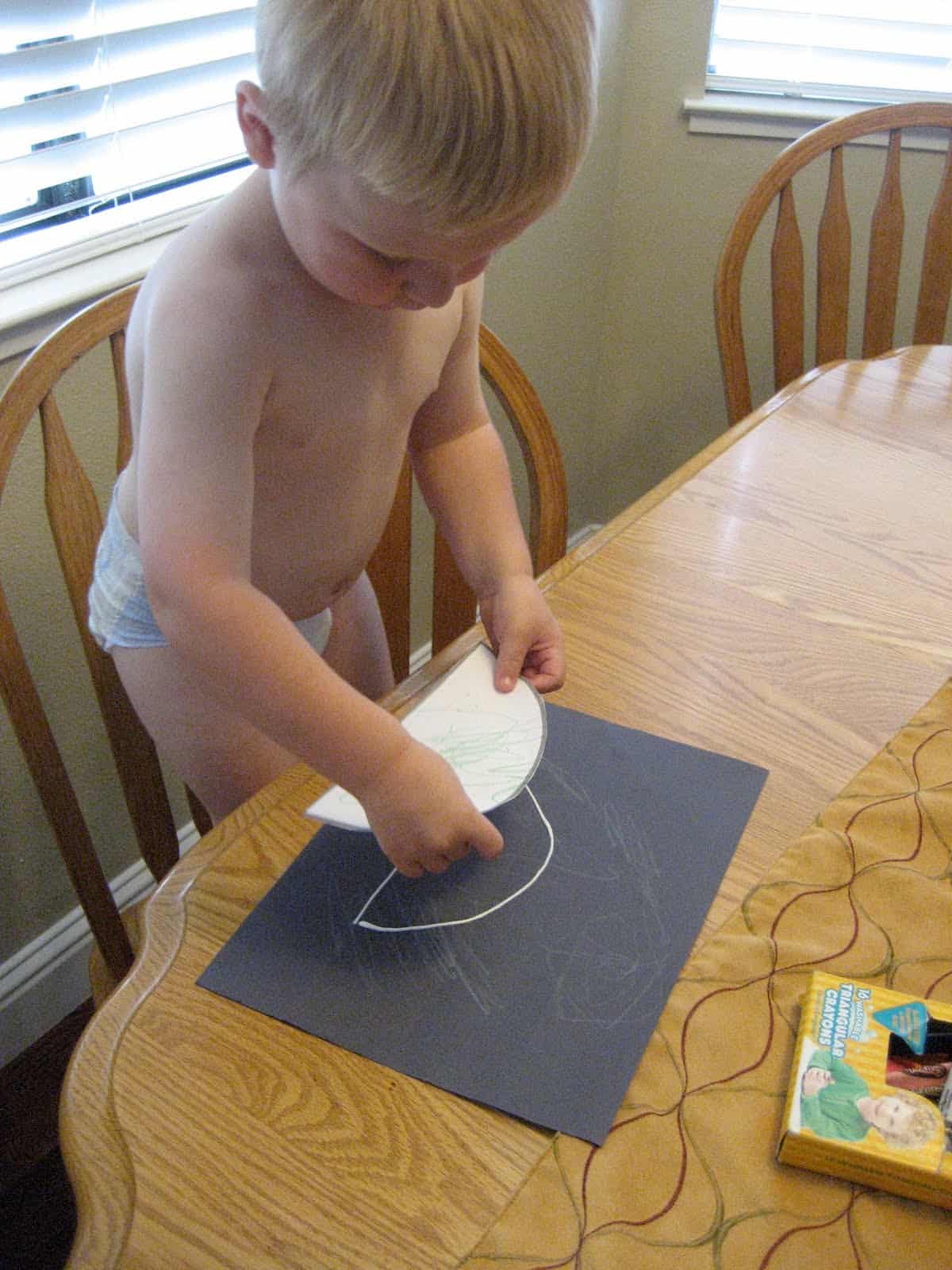 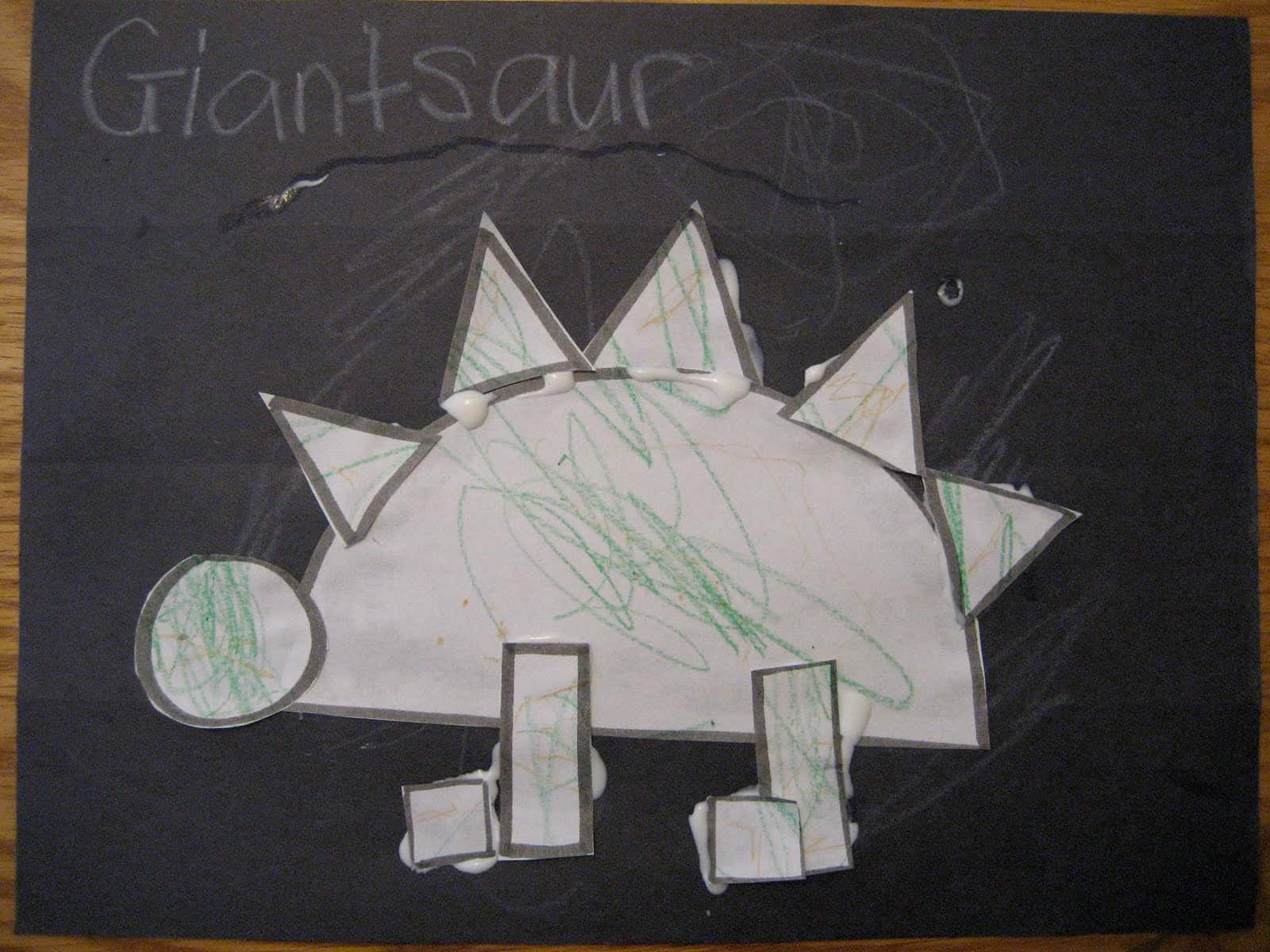 3. Use a hole puncher or scissors and snip a variety of scrap paper into different shapes- I did triangles, rectangles, and punched circles. My son did some as well. 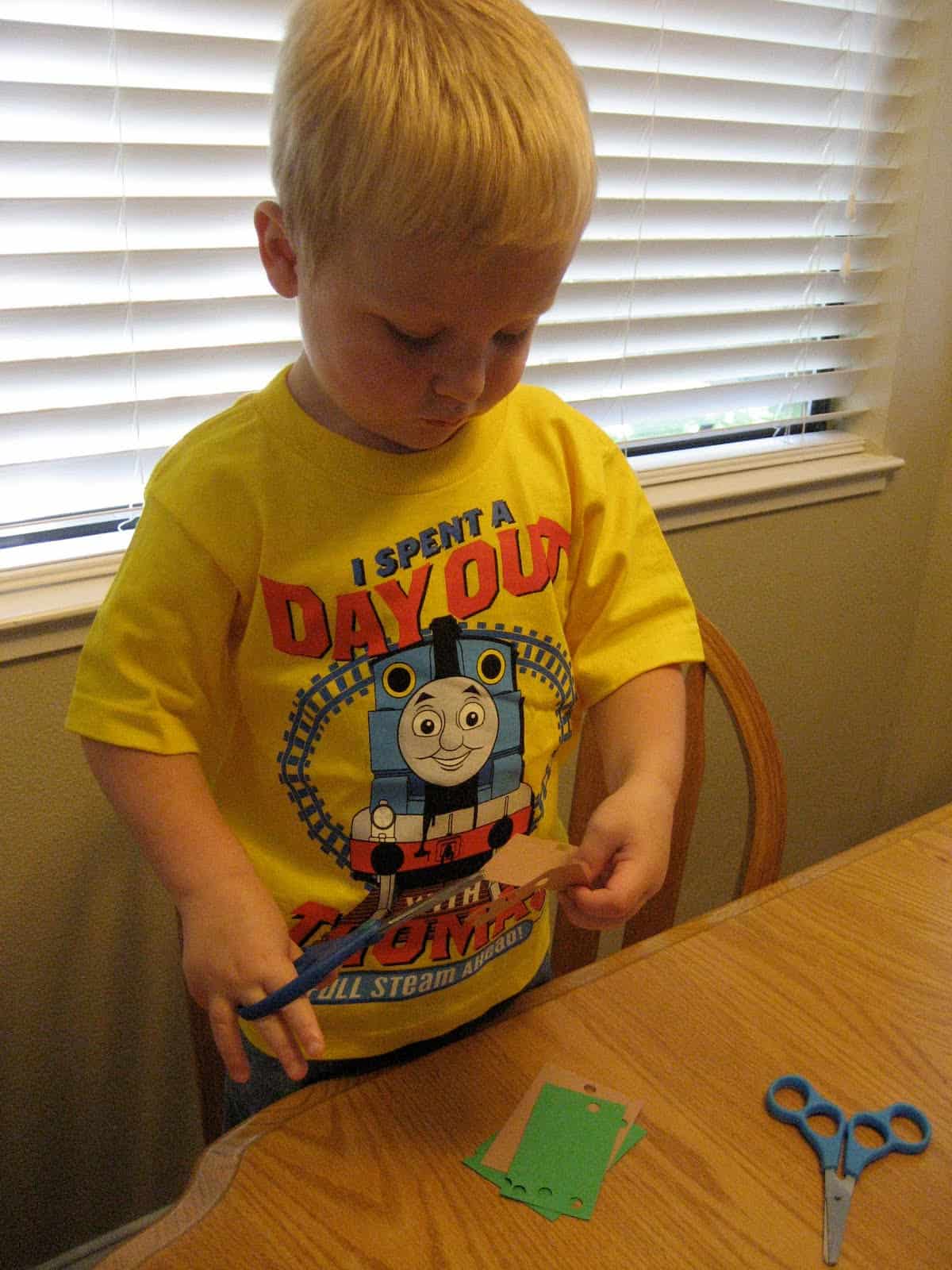 Both using punchers and cutting little snippets of paper with scissors are great ways to strengthen those fingers!

4. Give each child a glue stick and have them add glue to the dinosaur's body and then stick on their textured shapes. We also had stickers from another project that some kids wanted to put on their dinosaurs. If I'd remembered, I would also have had them add some colored pom poms and tissue paper pieces to add even more texture. 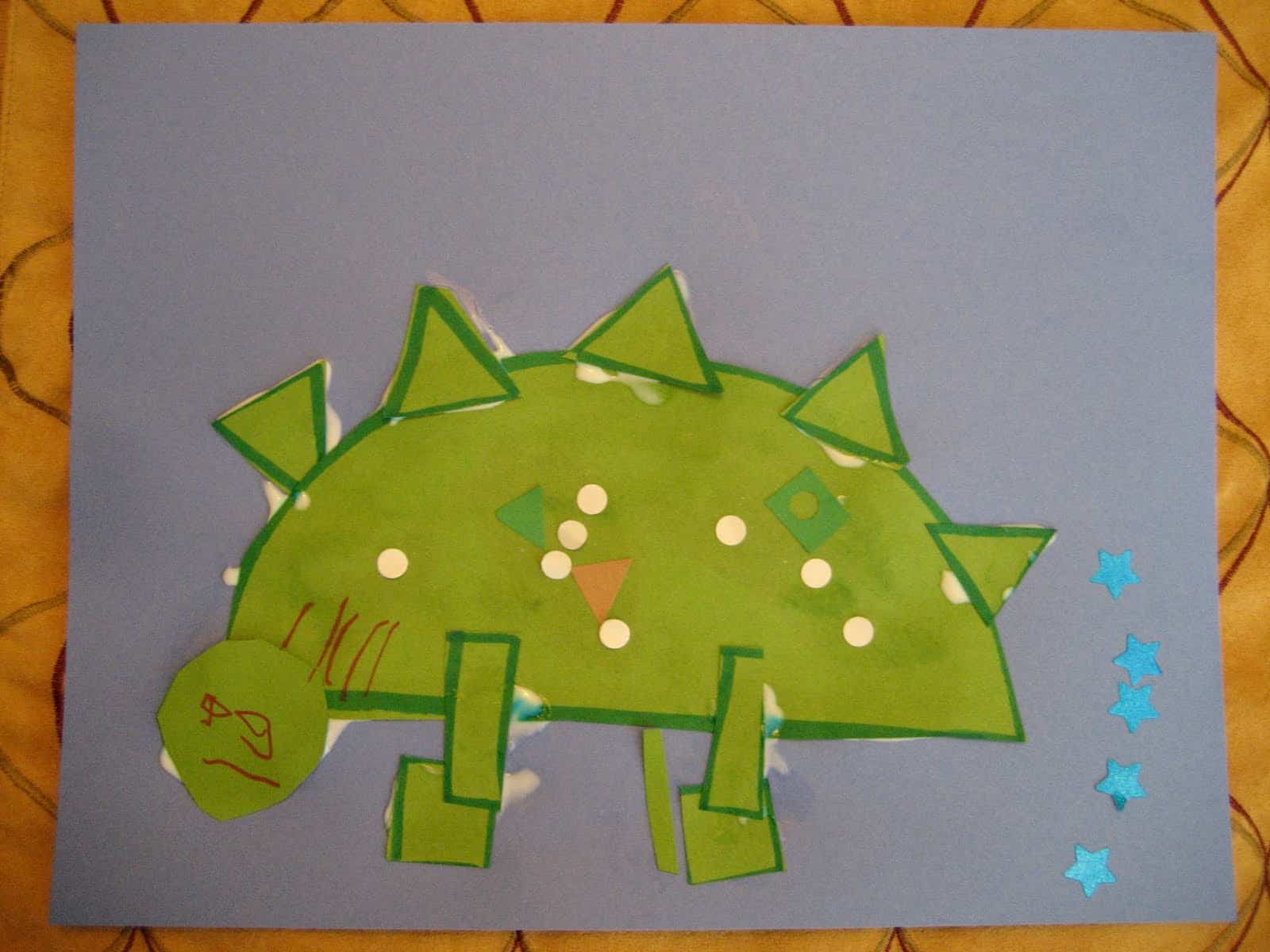 They turned out really cute!

Later in the day my little guy and I watched the video "How does a Dinosaur say Goodnight" based on the cute book by Jane Yolen and Mark Teague.