This post is part of my Camp Mom Series. Instead of sharing all the activities we did in one big long post, there will be several posts about our day and a wrap up at the end. Hope you enjoy all the water themed activities we did today! 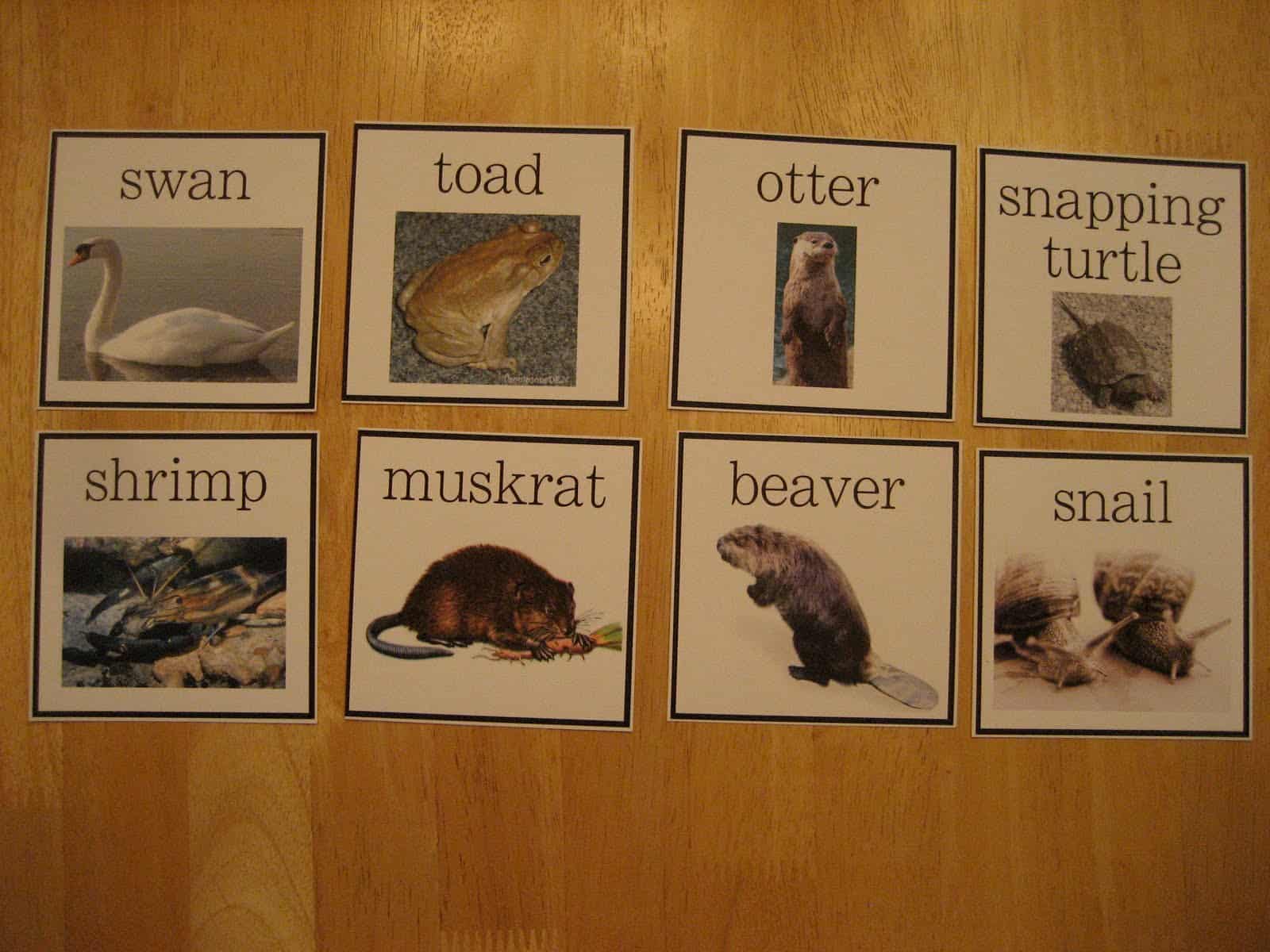 Materials Needed: Water Animals Memory Cards (comment if you want a copy), white cardstock, scissors, laminating paper (I would definitely recommend laminating these!), and blue blankets to make your river, lake, or pond.

1. Cut out the Water Animals Memory cards and laminate them.

2. Lay out your blue blankets to make your river. My son wanted to lie down and go to sleep in the river. 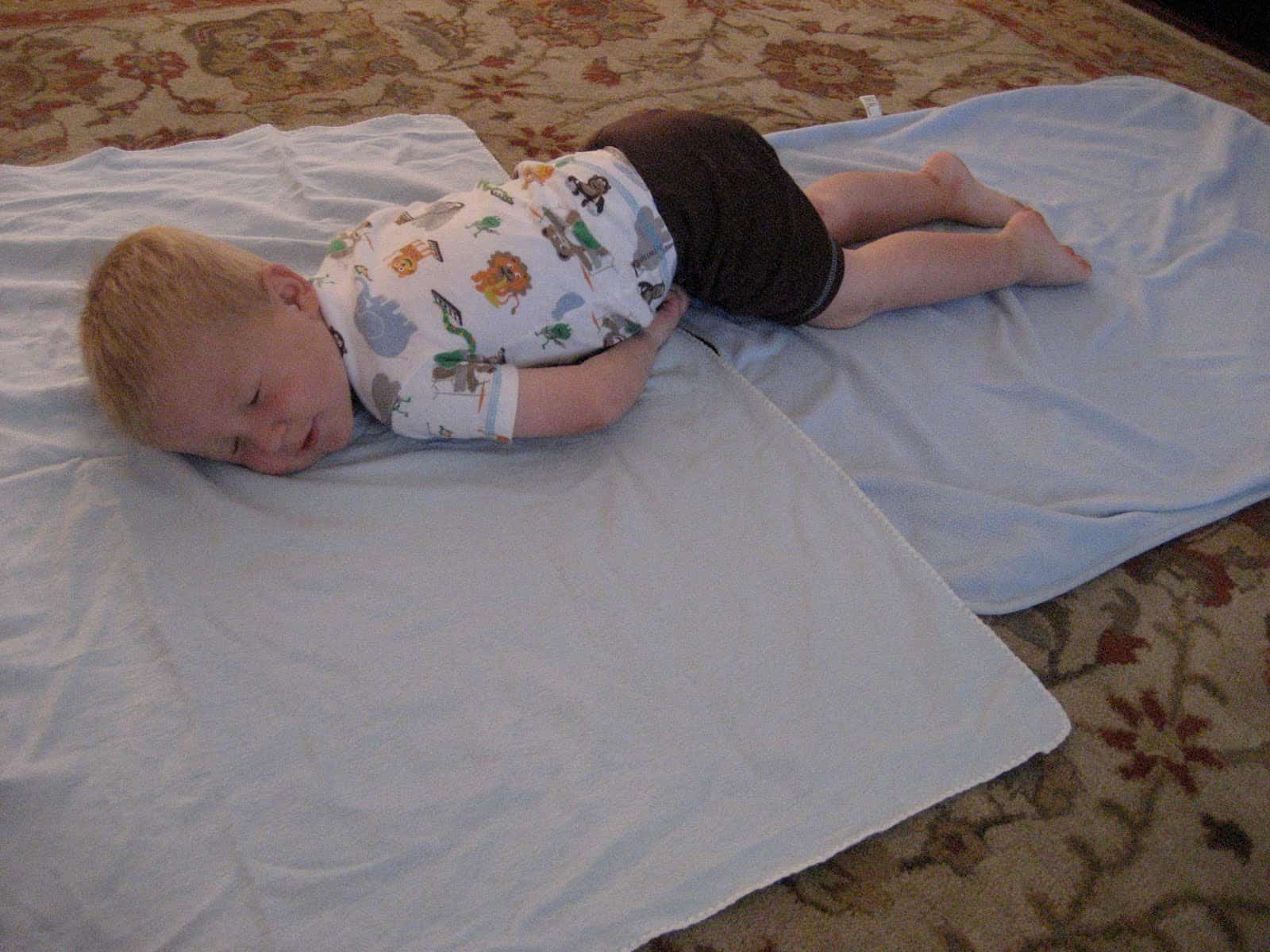 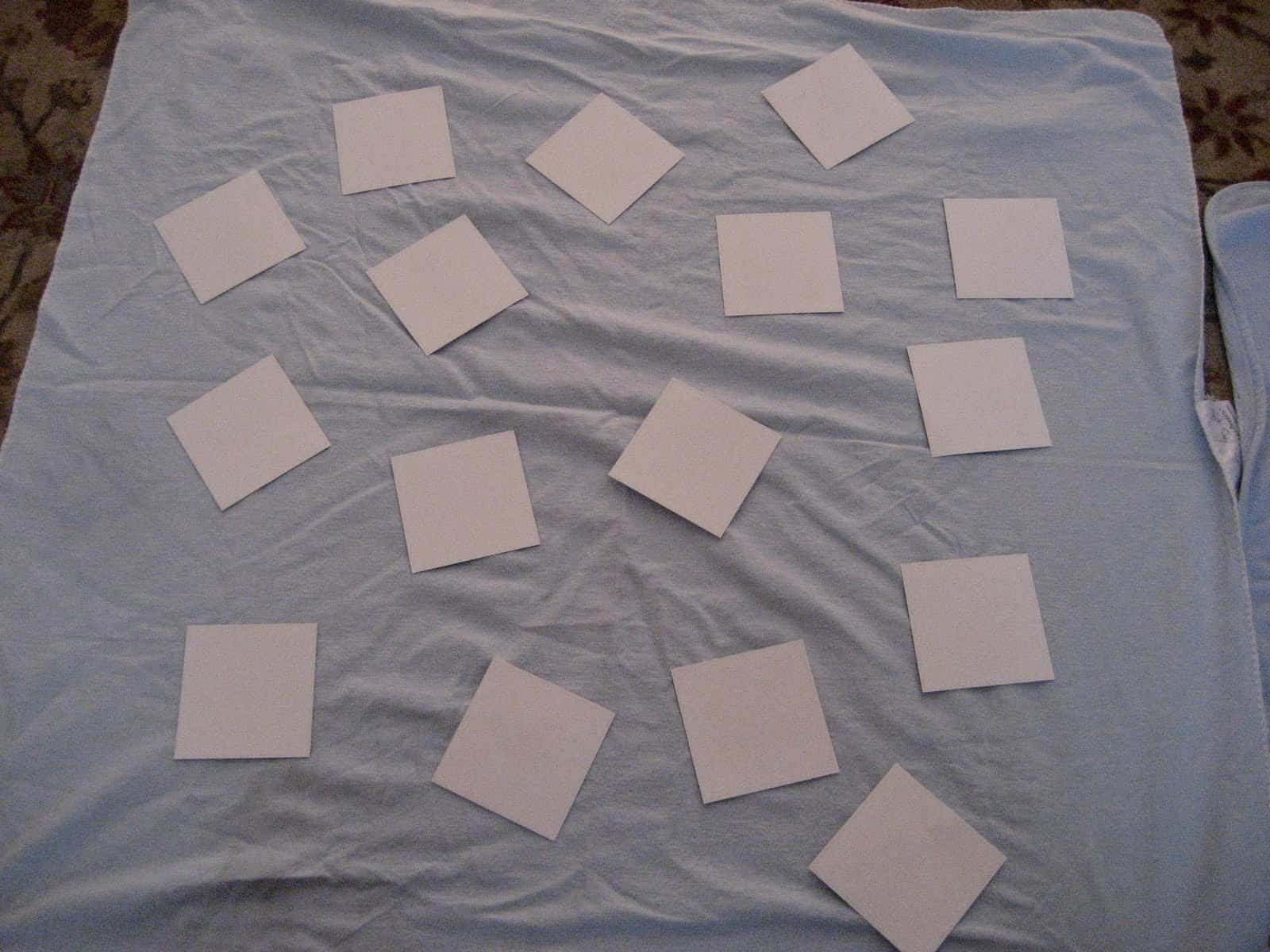 4. Turn over two cards at a time to try and find matches. We talked a lot about "same" and "different" and "matching" during this game. It was hard for my little guy and I did a lot of modeling. 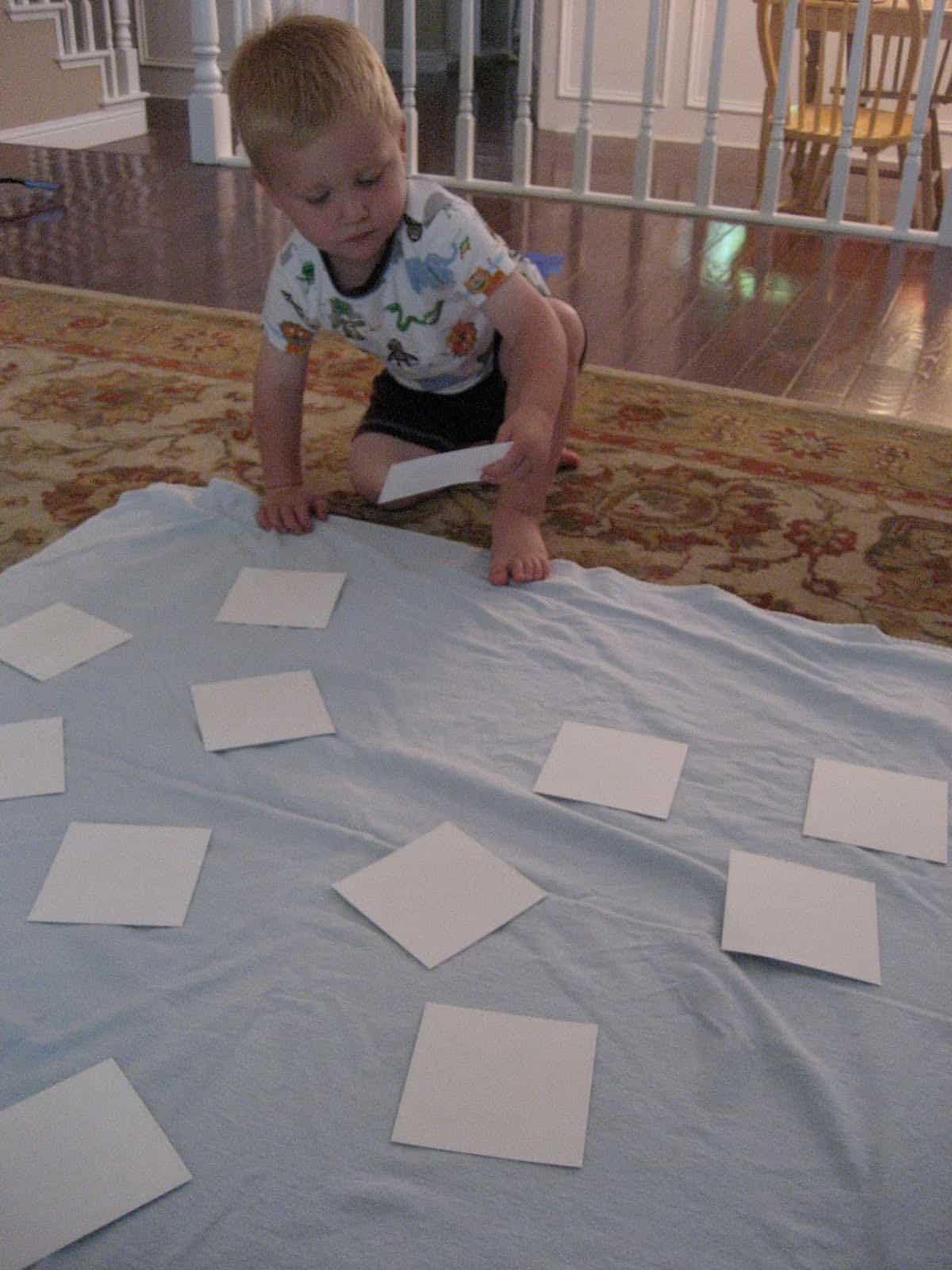 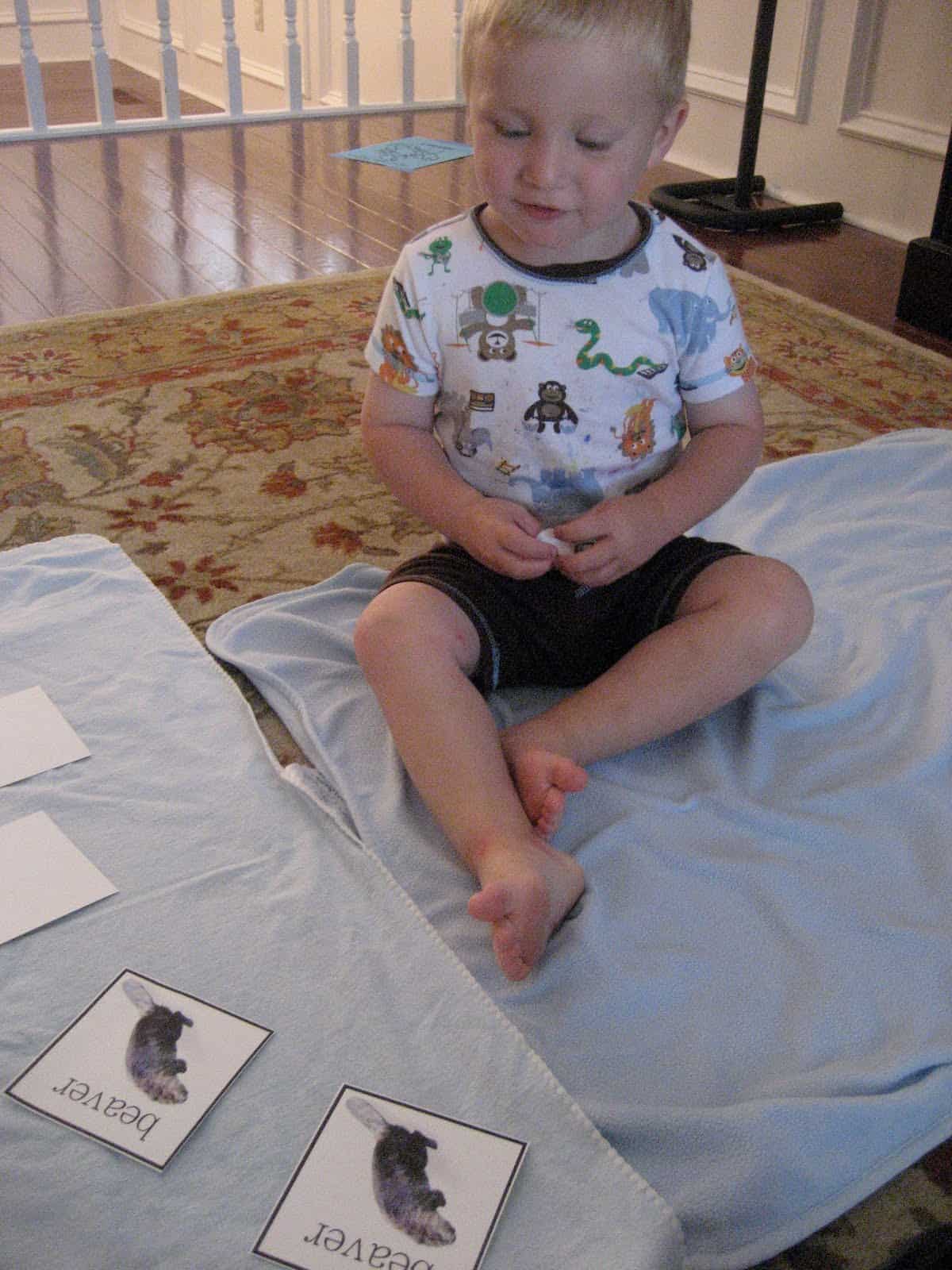 Once we were all done, we played again using an easier version! 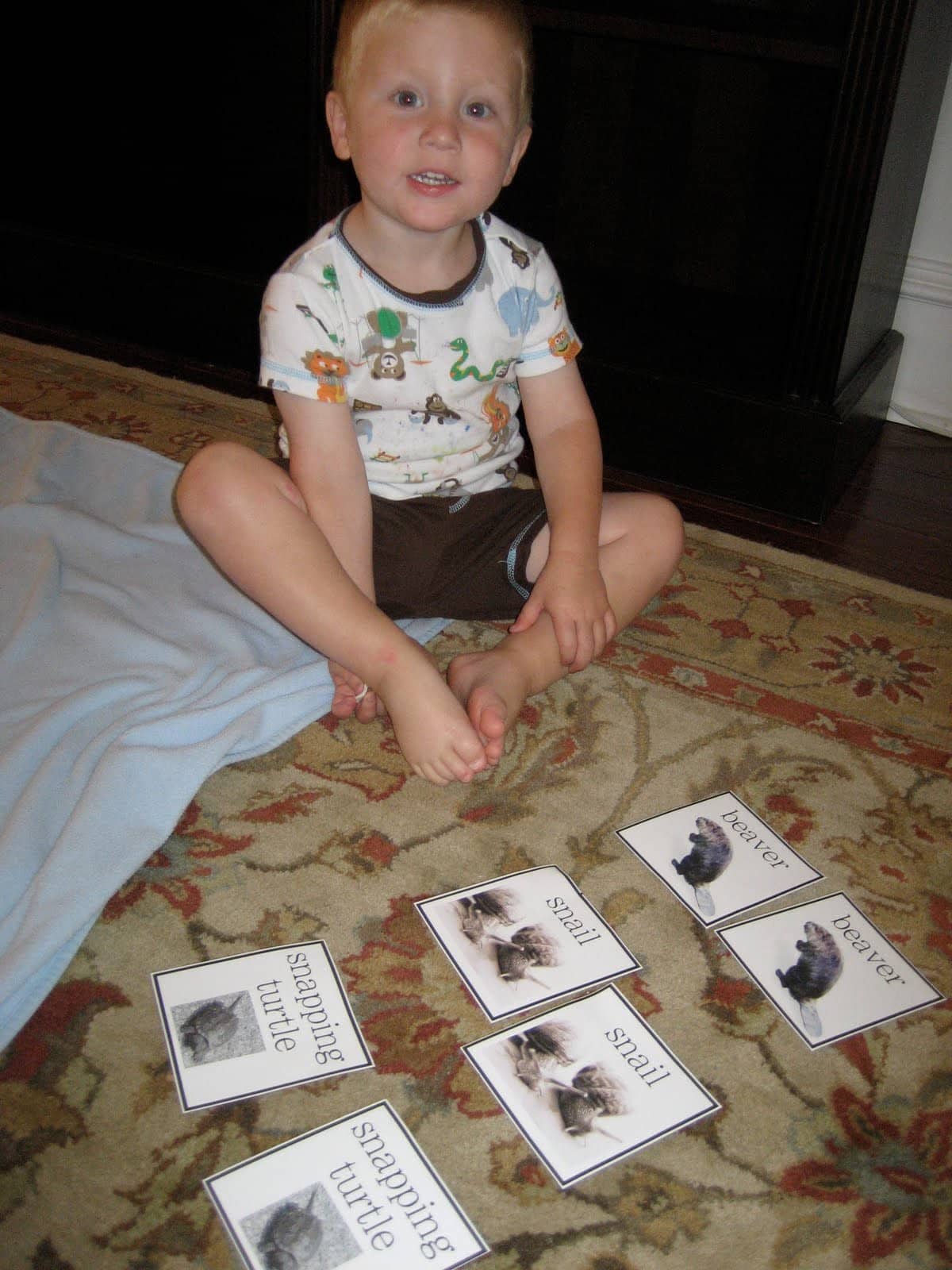 Easier Version: Put out only 2-3 matches face down (instead of 6). I made sure to include my son's favorite animal (the snail) so that he was motivated to search. 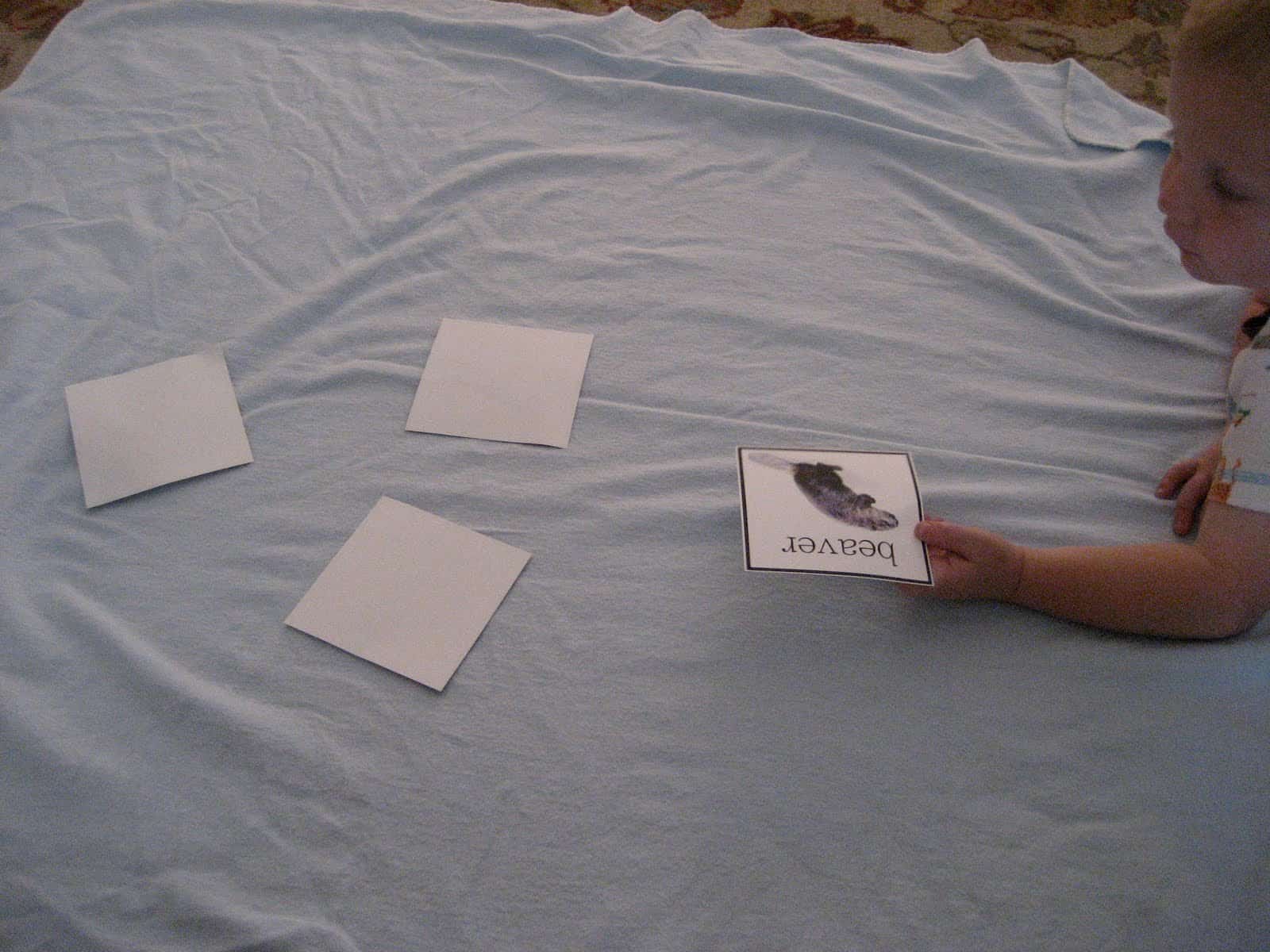 Visual Matching Game (Easiest Version): The last version is the easiest and was my son's favorite. I just laid out all the cards face up and he matched them into pairs. 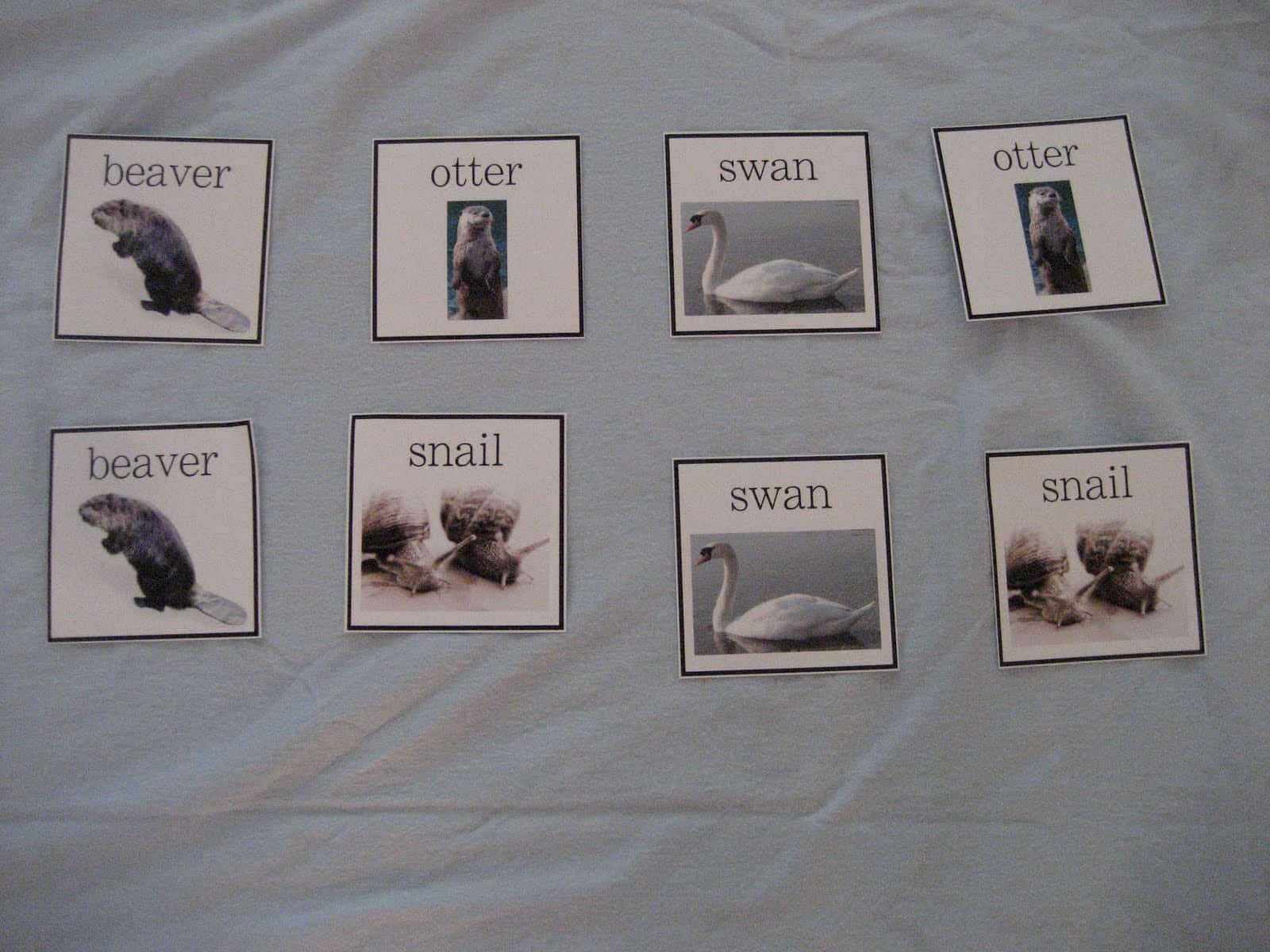 We talked about the differences in the animals, where they lived, how they moved, etc. 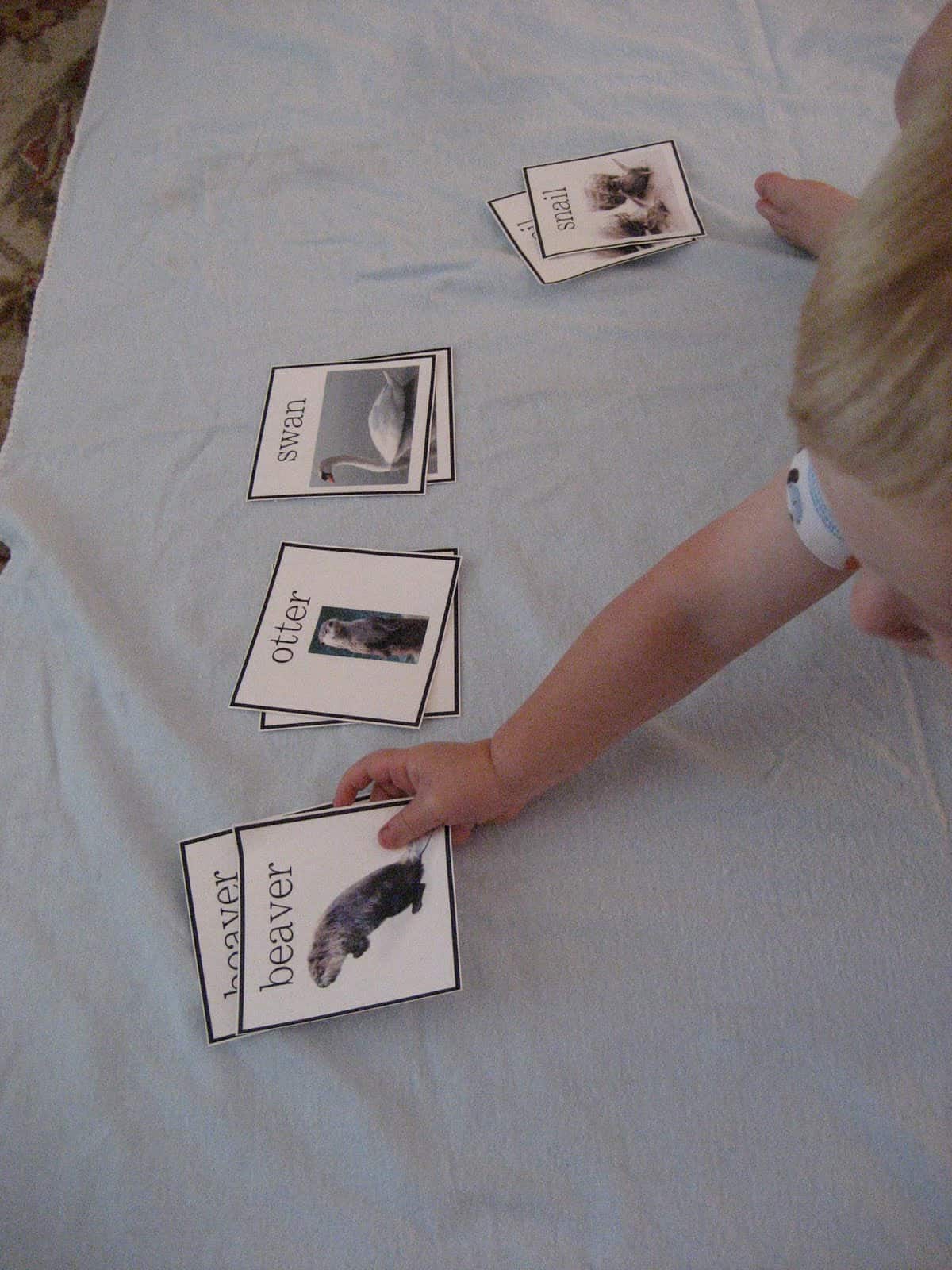 When we were done, I showed my son some video footage of some of the animals he had never seen before... like a muskrat. He was mostly just interested in the snail video I found. It is called "Snail dream" and is actually pretty clever. It definitely can help reinforce the concept of fast and slow.