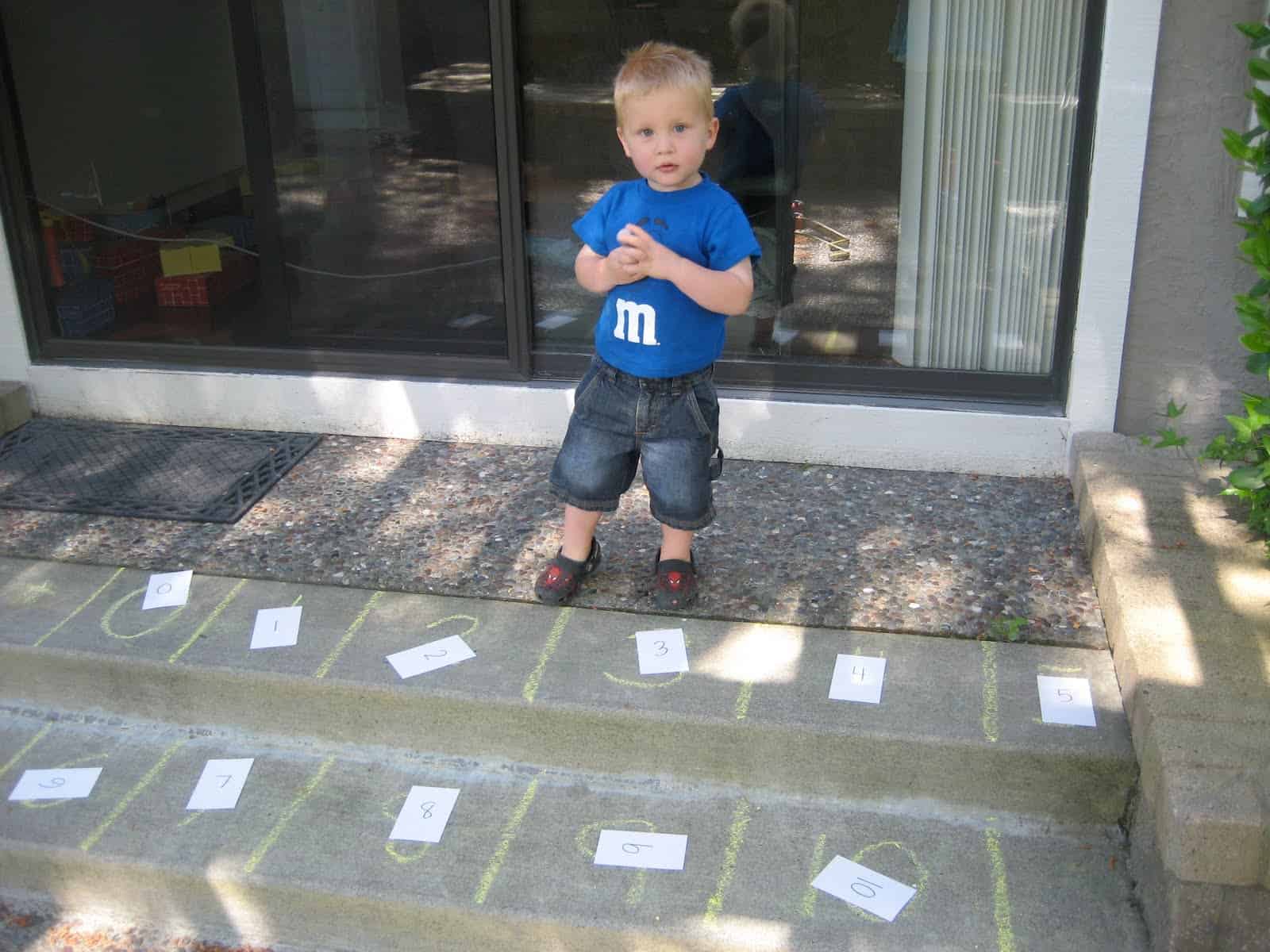 This is an easier version of the "Grid Challenge" found in The Wiggle & Giggle Busy Book.

Materials Needed: chalk, note cards, marker, and a space where you can draw outside.

Directions:
1. Draw a large grid on your patio or driveway using chalk.
2. Make enough squares for however high you want your numbers to go. We did numbers 0-10. If I had just done 1-10 or 0-9, our grid would've probably been a bit more even. 🙂 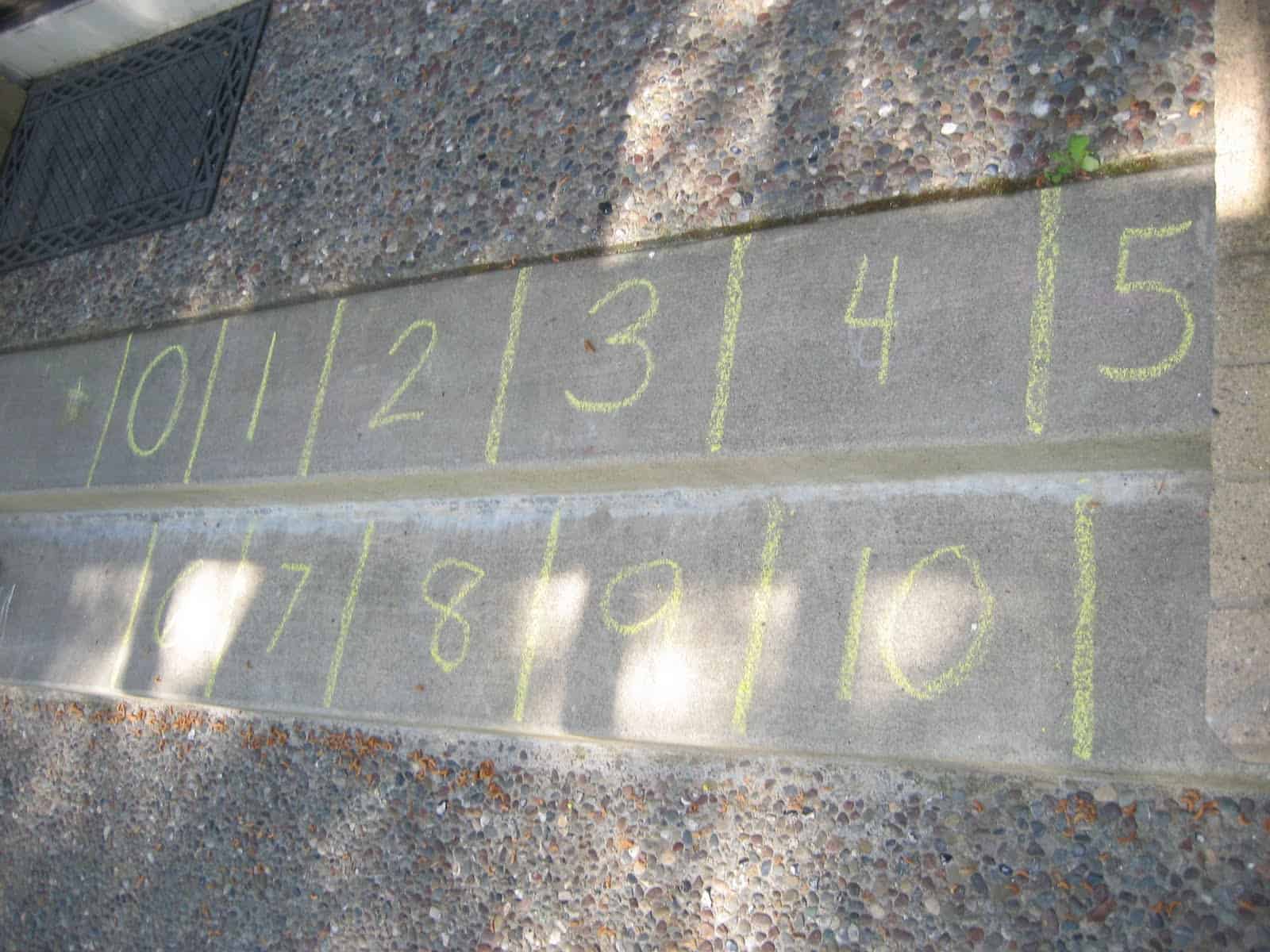 3. Walk the numbers (in order) and count aloud. The first time we walked the numbers, I held my son and bounced him on each number as I would say it. I encouraged him to say the name of the number too. This is a great little assessment... I learned very quickly that my son didn't know very many of the numbers. Although he can count from 1-10 verbally, knowing how to count the the numbers and visually identify the numbers are two very different skills. 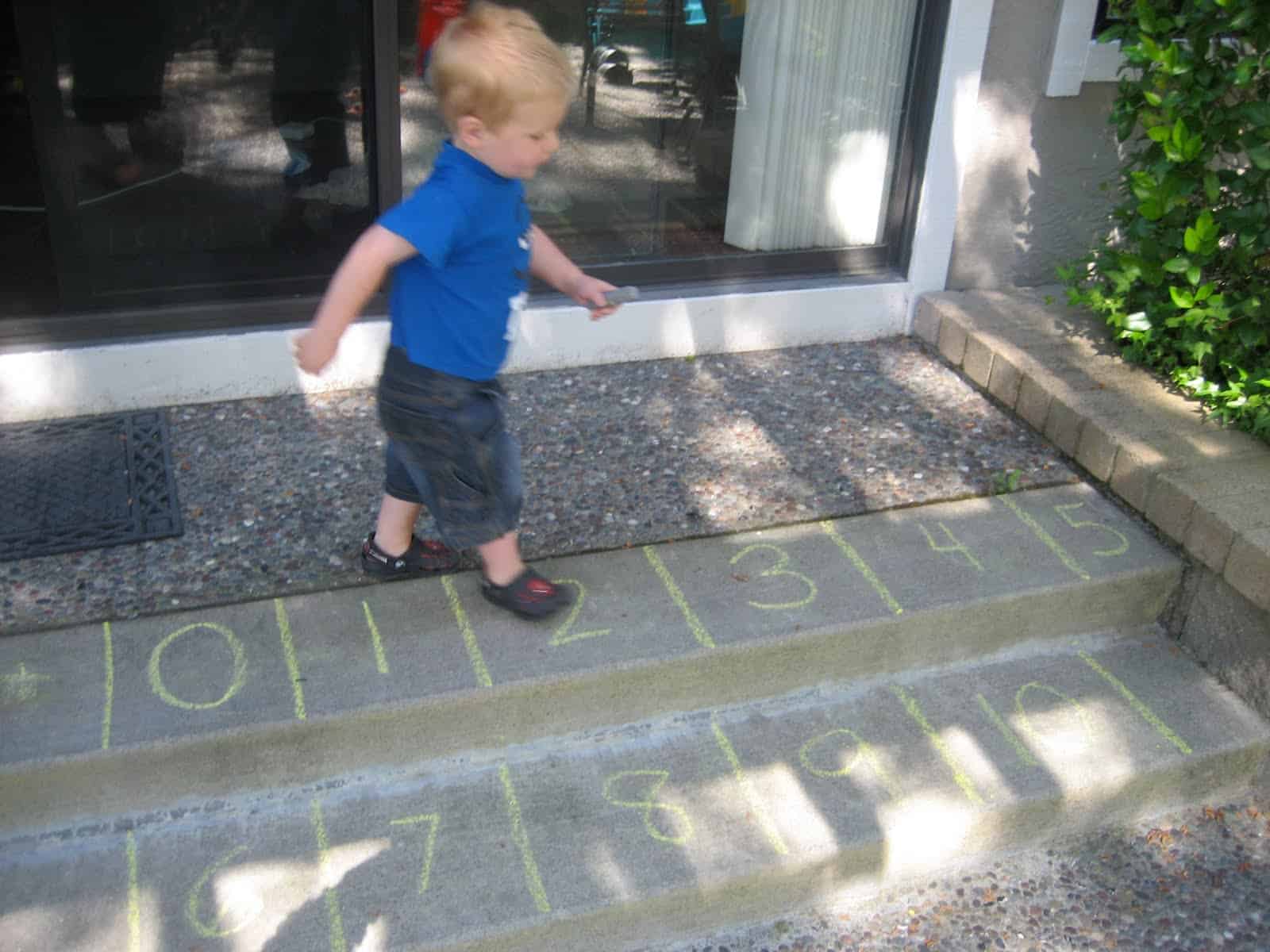 4. Make number flashcards out of note cards. Write each number with a marker, including one number on each card. 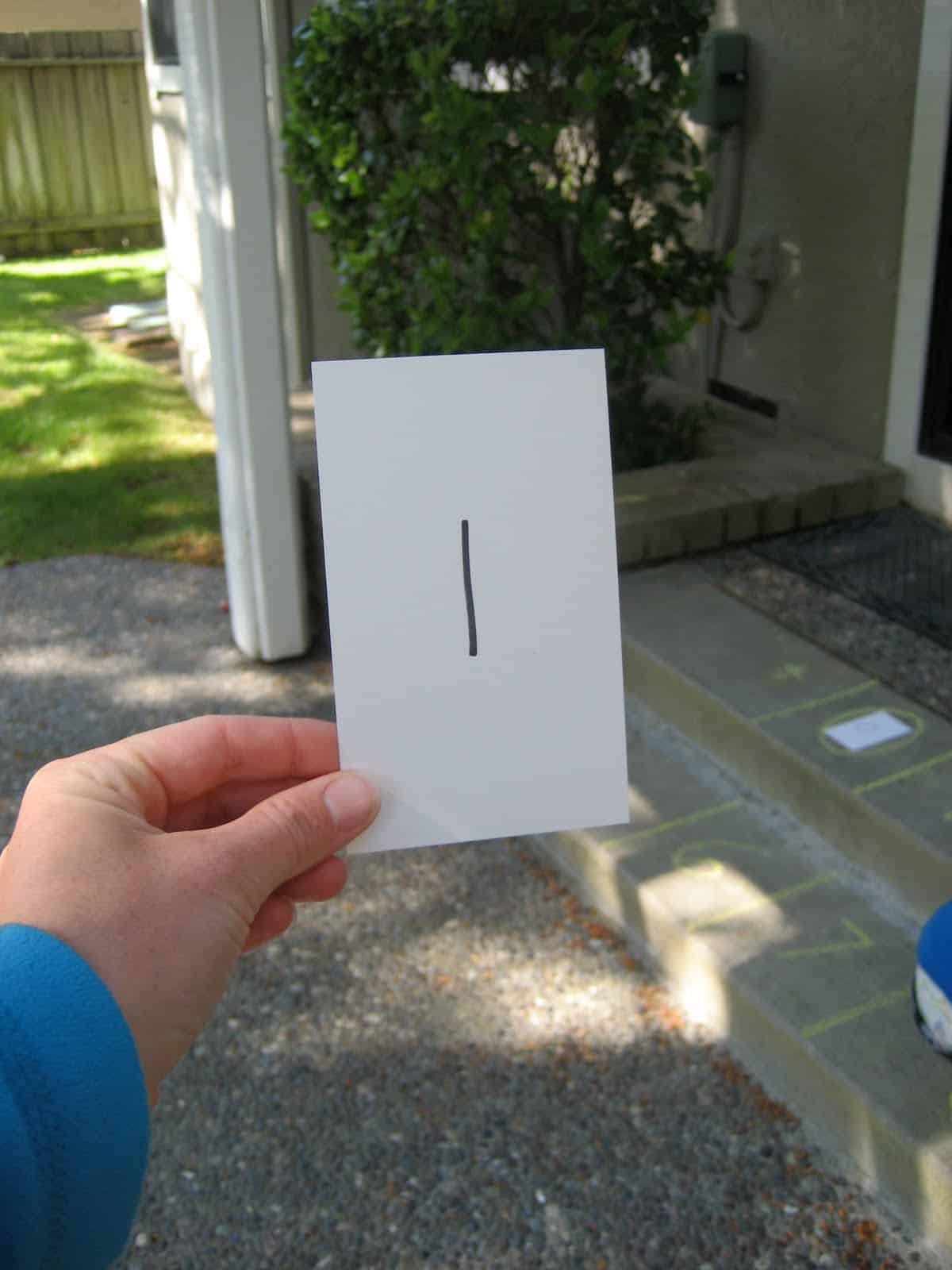 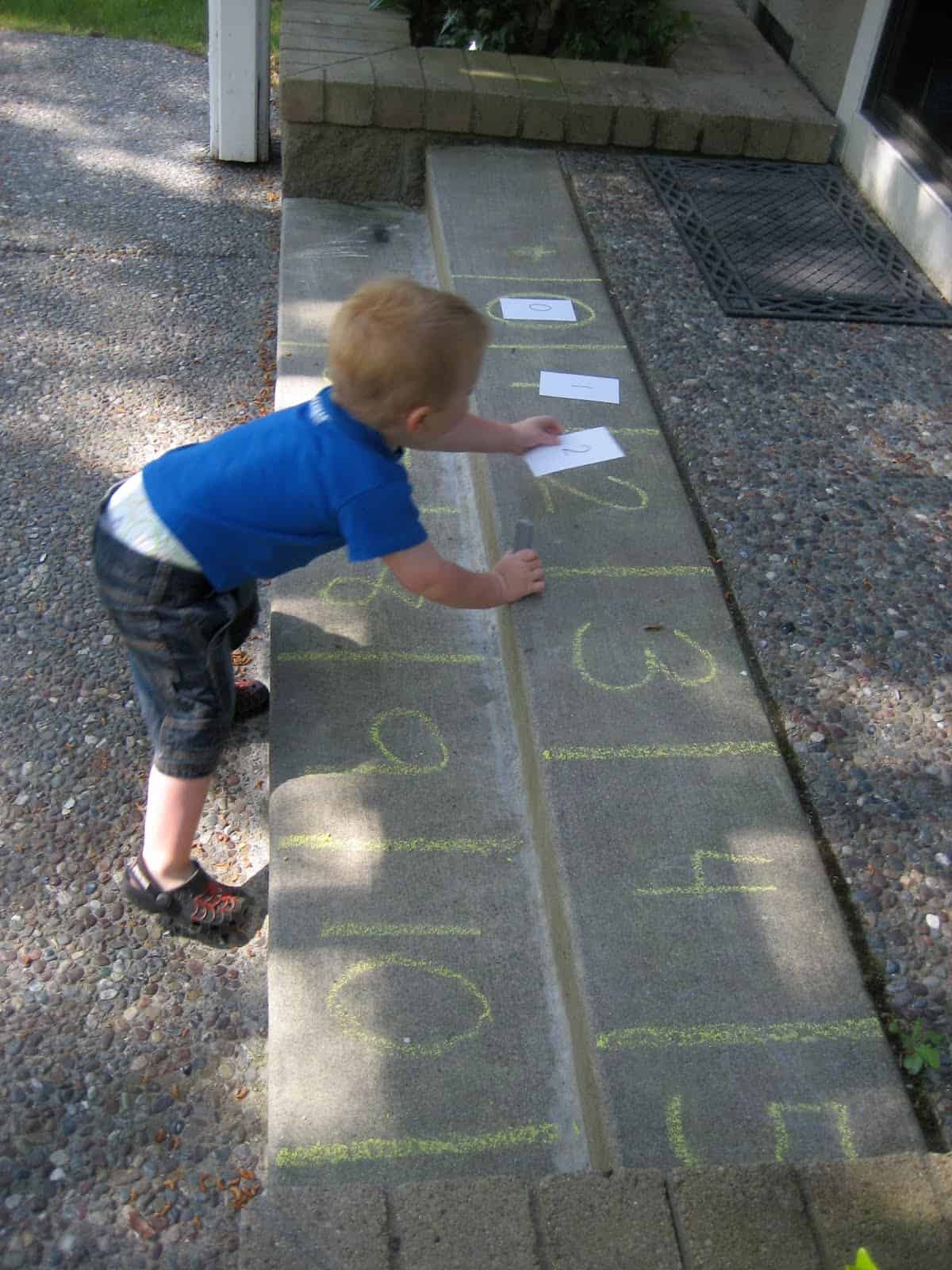 You can make this game progressively harder by mixing up the number cards, giving your child more than one number to match at a time, and by changing your chalk grid so that the numbers aren't in order. 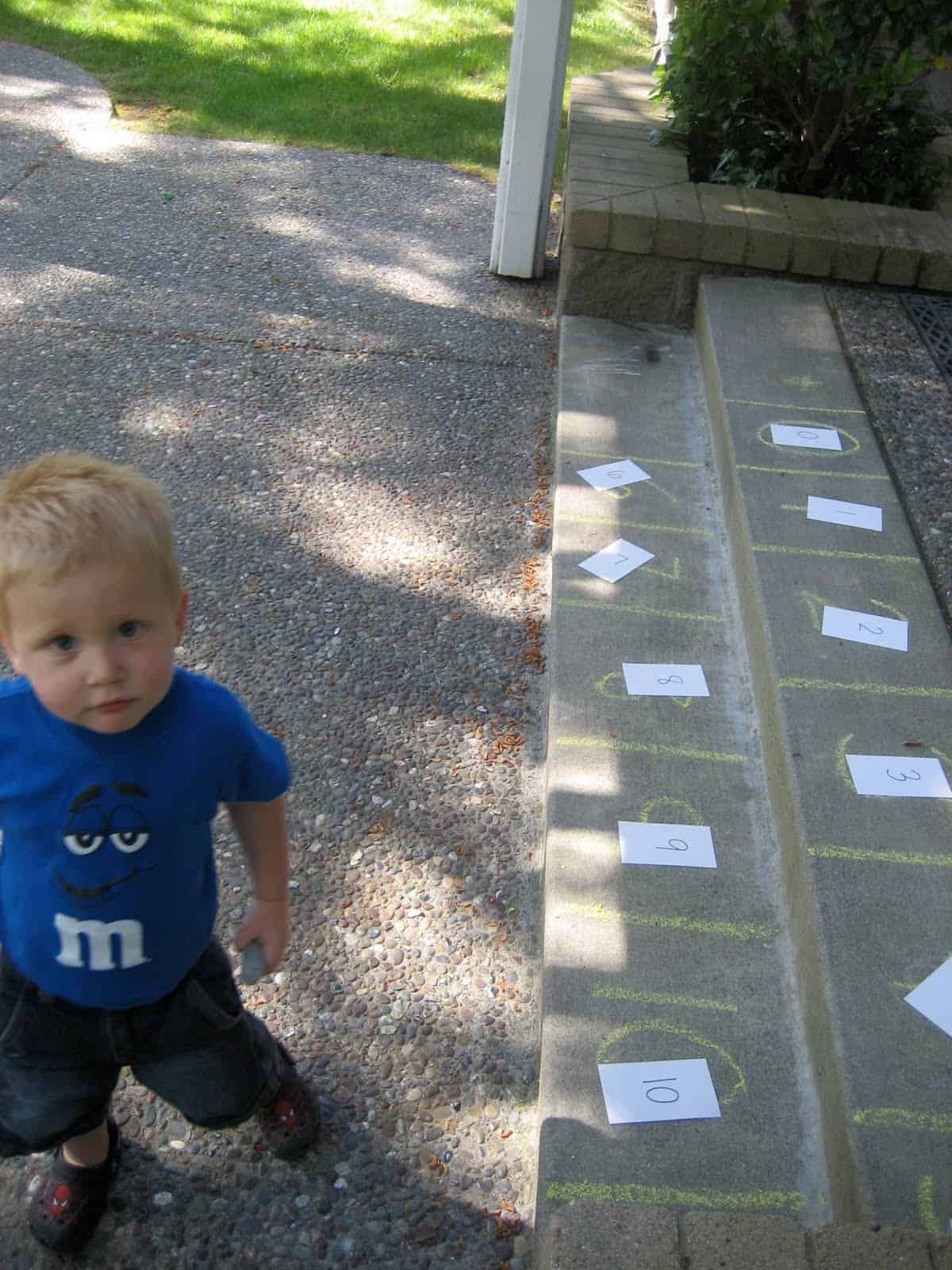 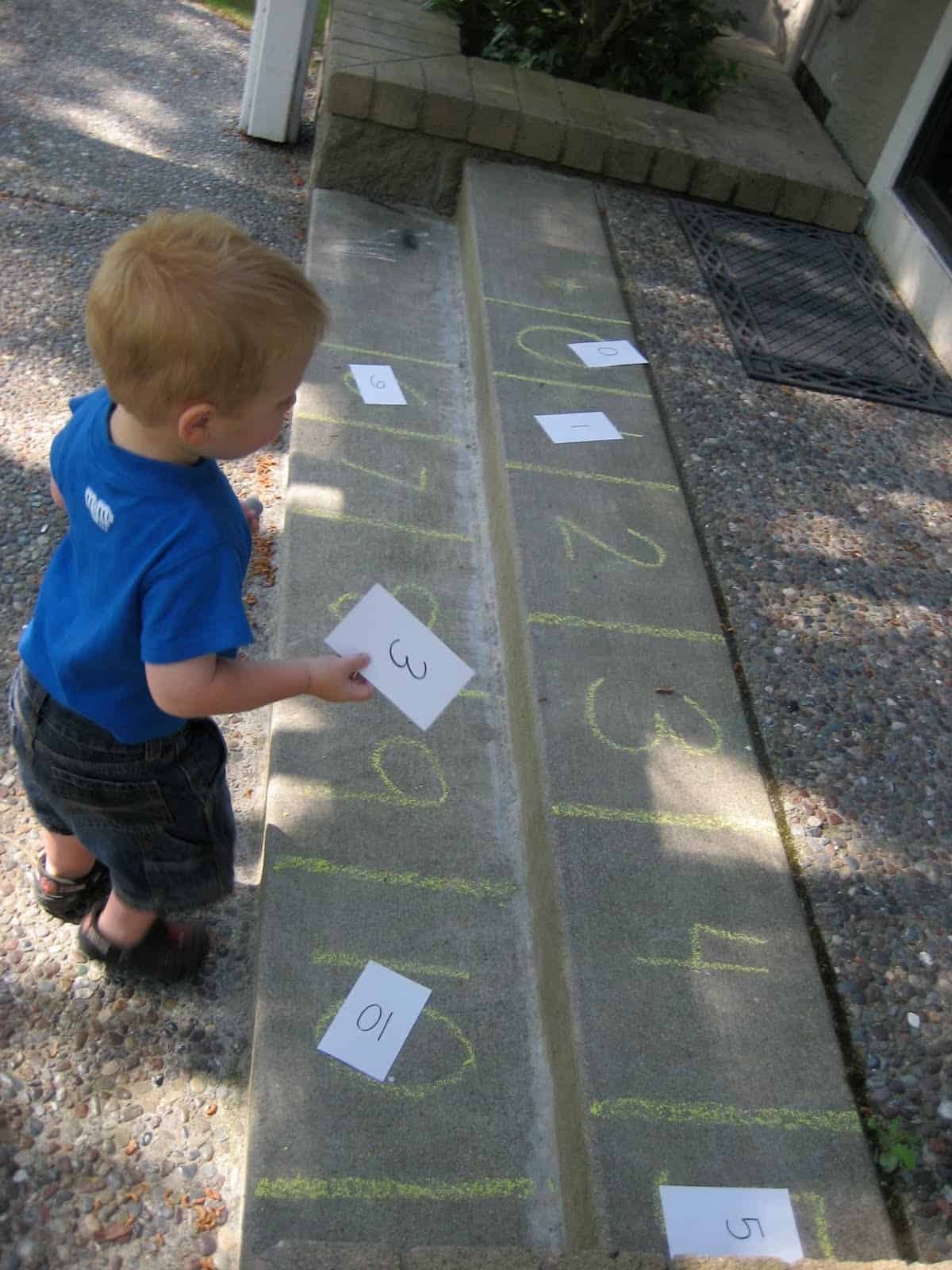 It was amazing how making a few of those little tweaks made the game much harder for my little guy.

For elementary age kids, you could give them two bean bags and have them throw the bean bags to try and hit two numbers. Once the bean bags land on the numbers, they could add the two numbers together (or subtract them) to practice addition/subtraction skills.

P.S.- In my last post I forgot to thank E.J. for her awesome posts last week while I was lounging in Hawaii. We are totally going to try making a numbers version of her matching game this week! She always has such great ideas!!