We spend a lot of time outdoors every day counting bugs (especially ants). We have only found a few ladybugs, but my son loves them... so we decided to adapt this activity a little bit and try it out. 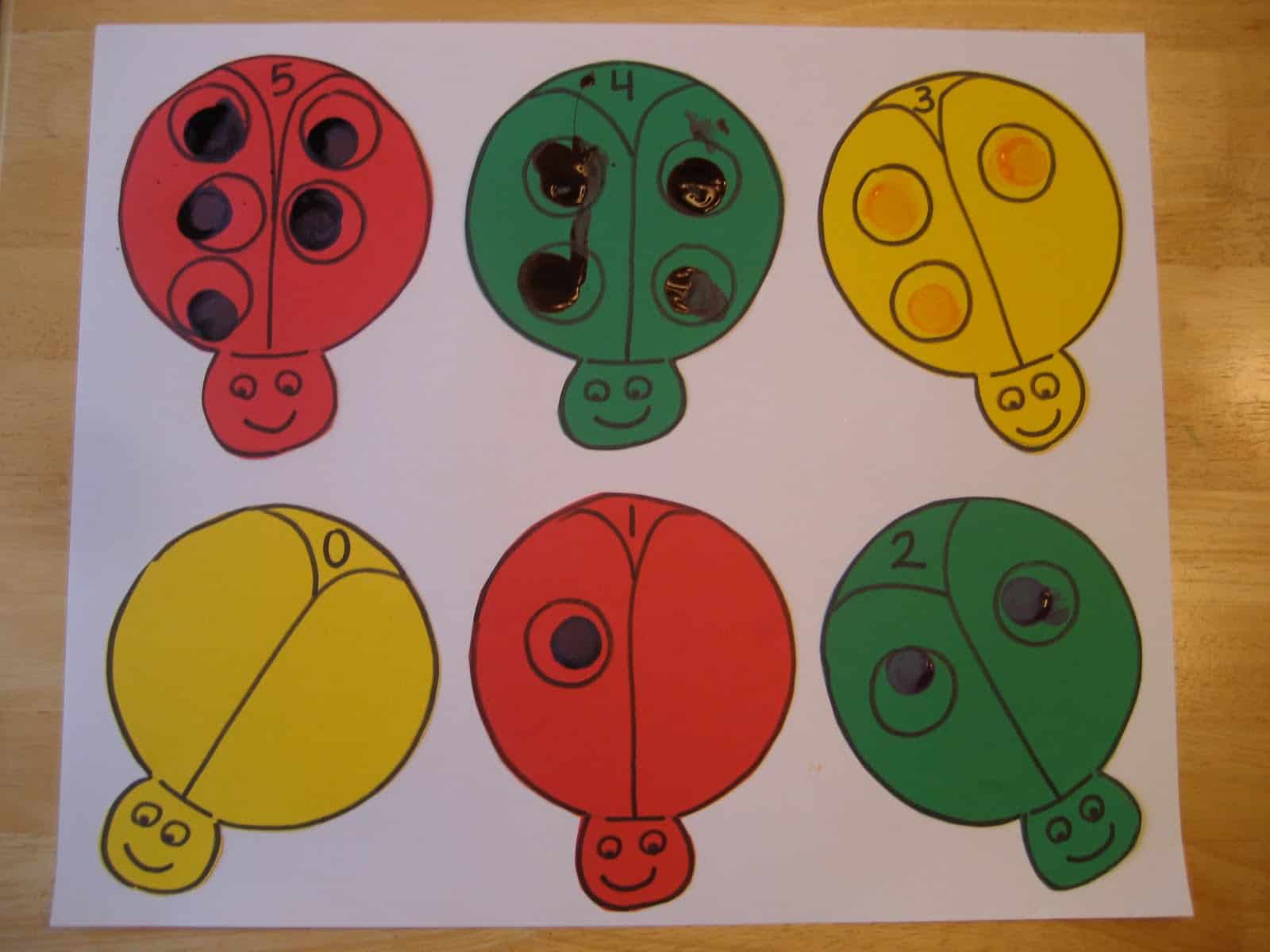 Directions:
1. Using a small bowl, trace circles onto your colored paper w a pencil. Add a head and then outline the whole bug with a sharpie. 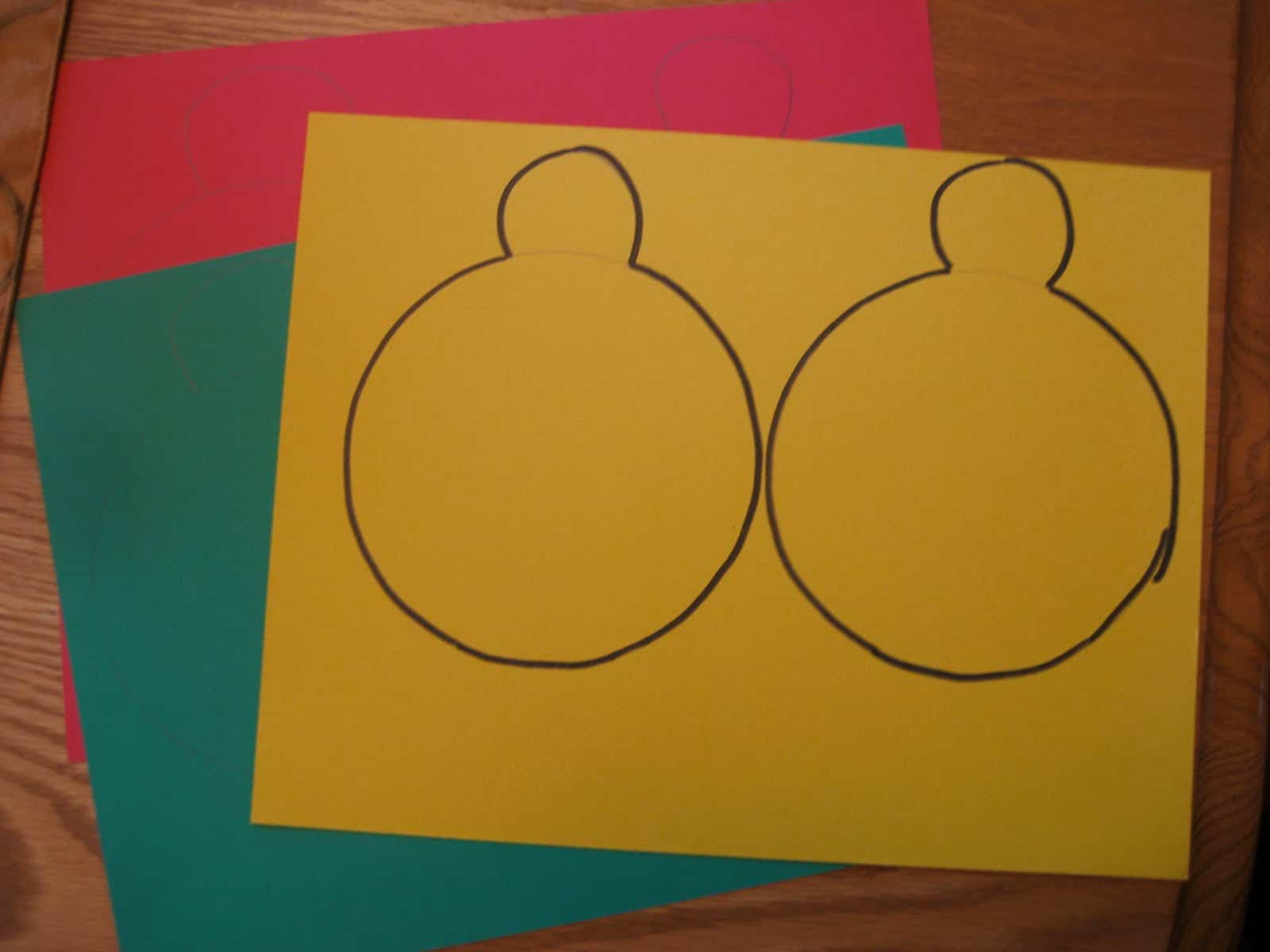 2. Add mouths, eyeballs, and wings and then cut out your ladybugs. 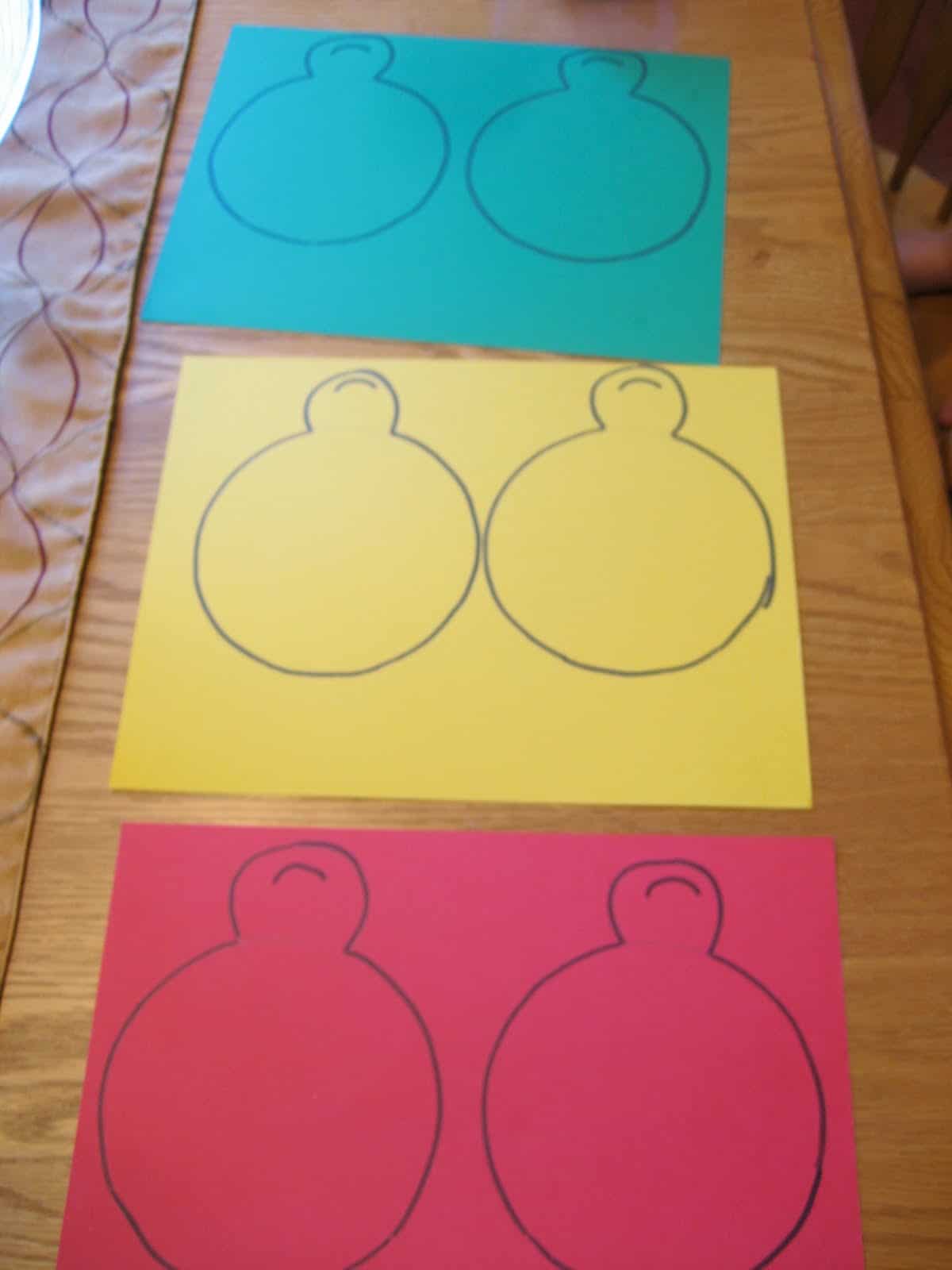 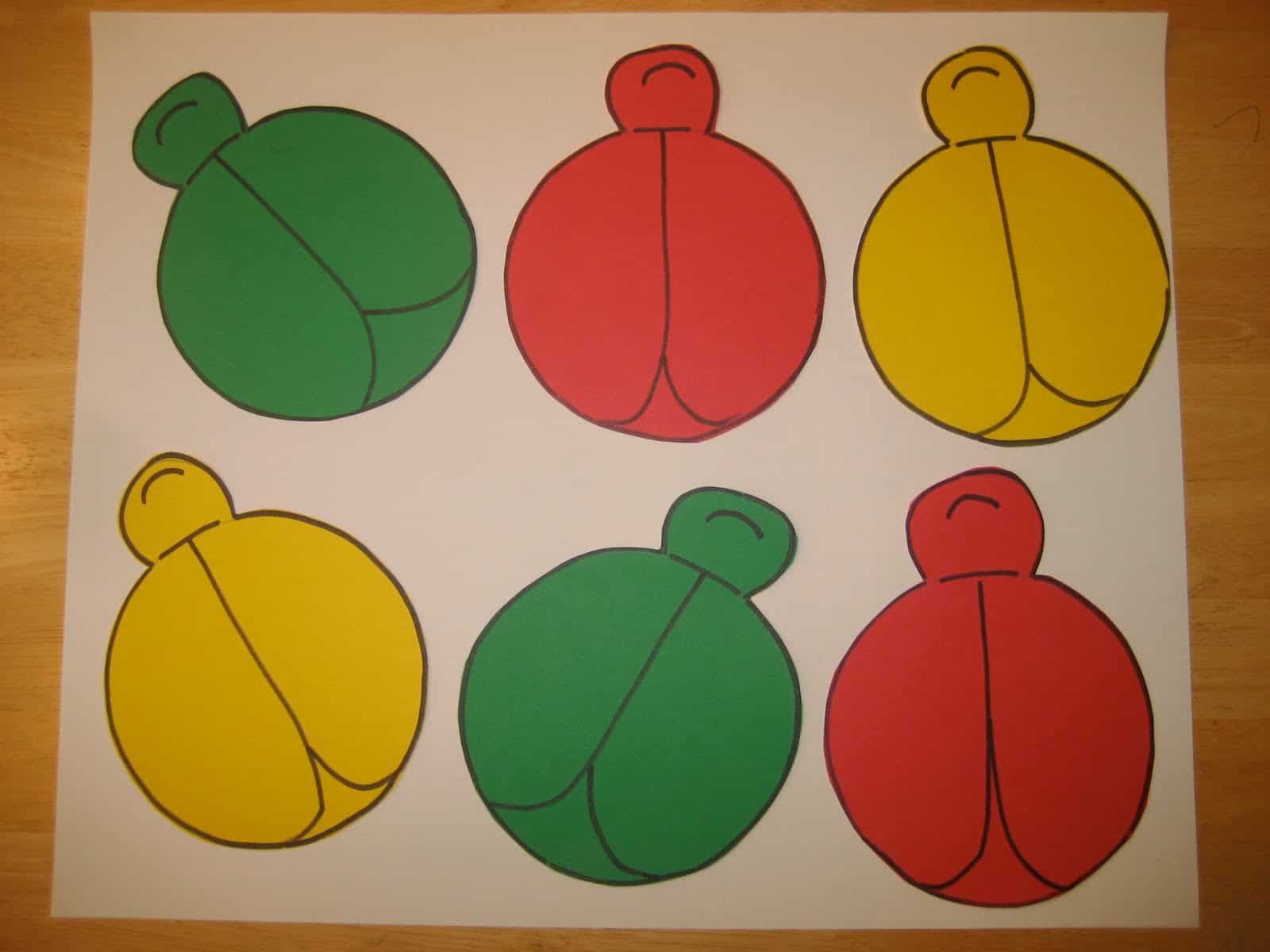 3. Tape the ladybugs onto a large sheet of white paper. We did six bugs, because we talked about numbers 0-5. 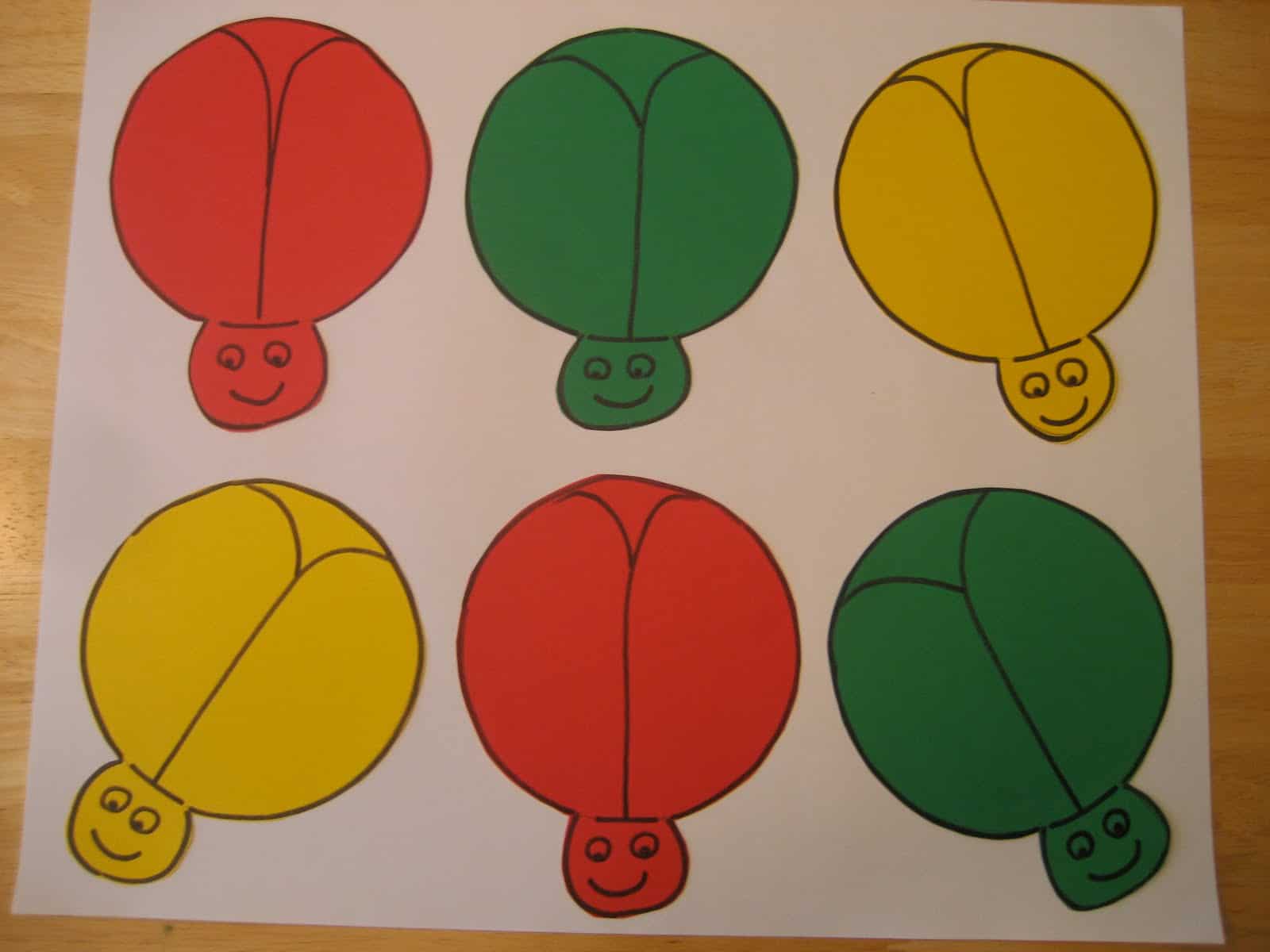 4. Write a number on each bug (0-5). Using a glue stick lid, trace dots onto the ladybug using a pencil. Each bug should have a different number of dots on it. 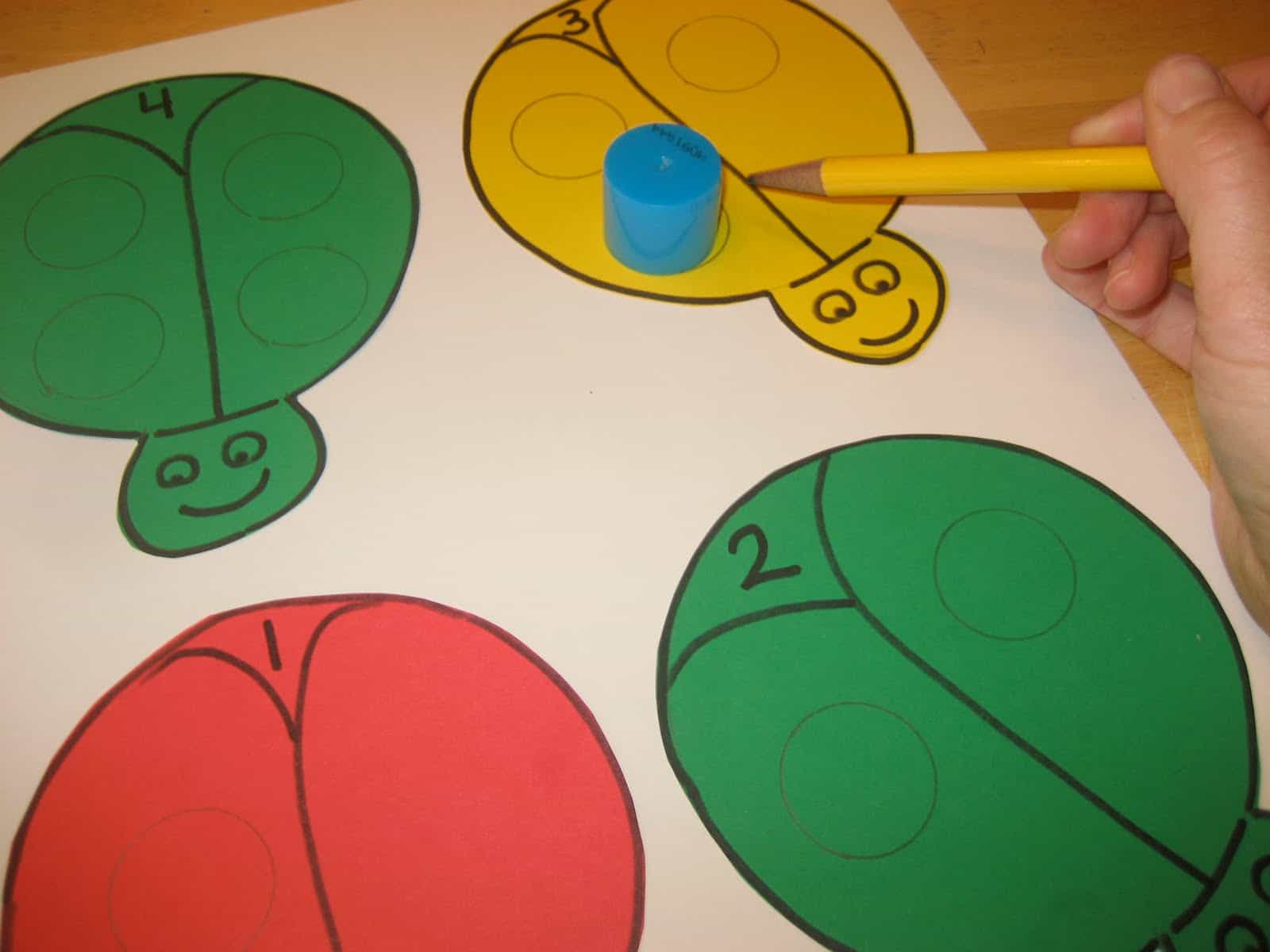 5. Outline the dots using a sharpie. 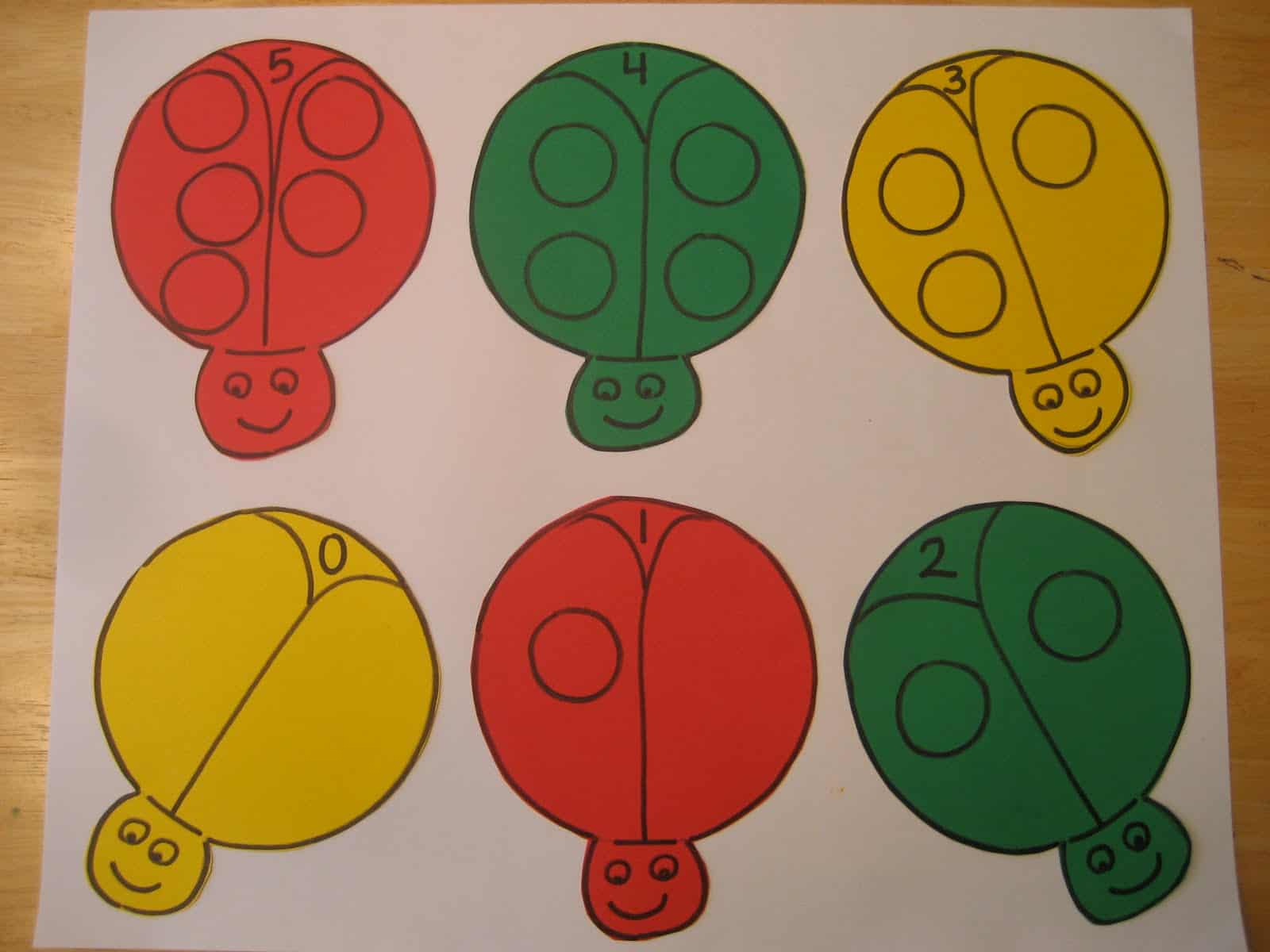 6. Break out your dot paints and show your child how to paint the dots, while counting. I modeled this several times for my son with the cap still on. It is hard for little ones to do both (paint and count), so I counted, while my son put the dots on each ladybug. 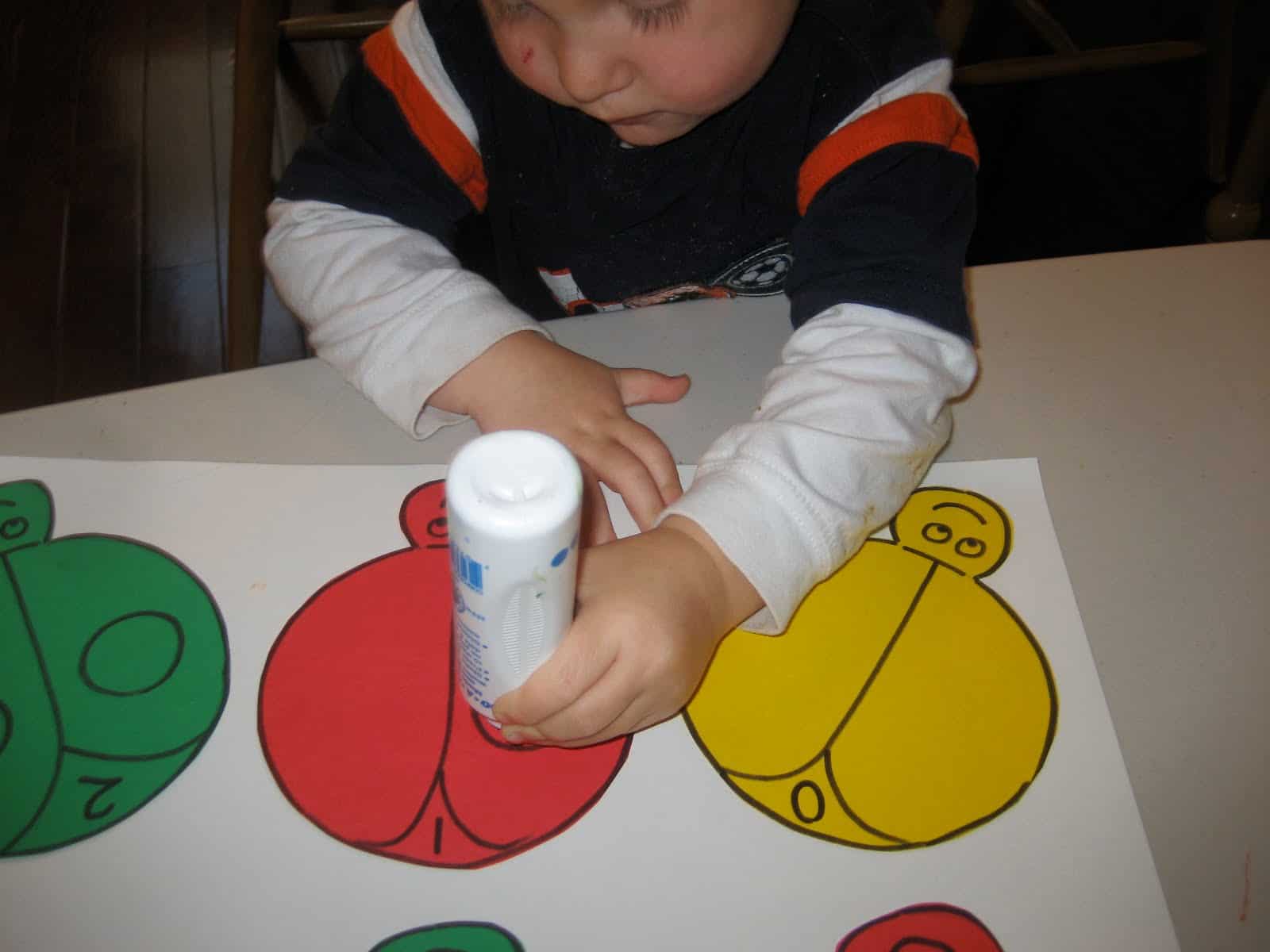 I was actually impressed that he only painted the dots and didn't paint all over the paper. I think the modeling beforehand really helped. After we were done, we looked at the number on each ladybug and counted the dots again. 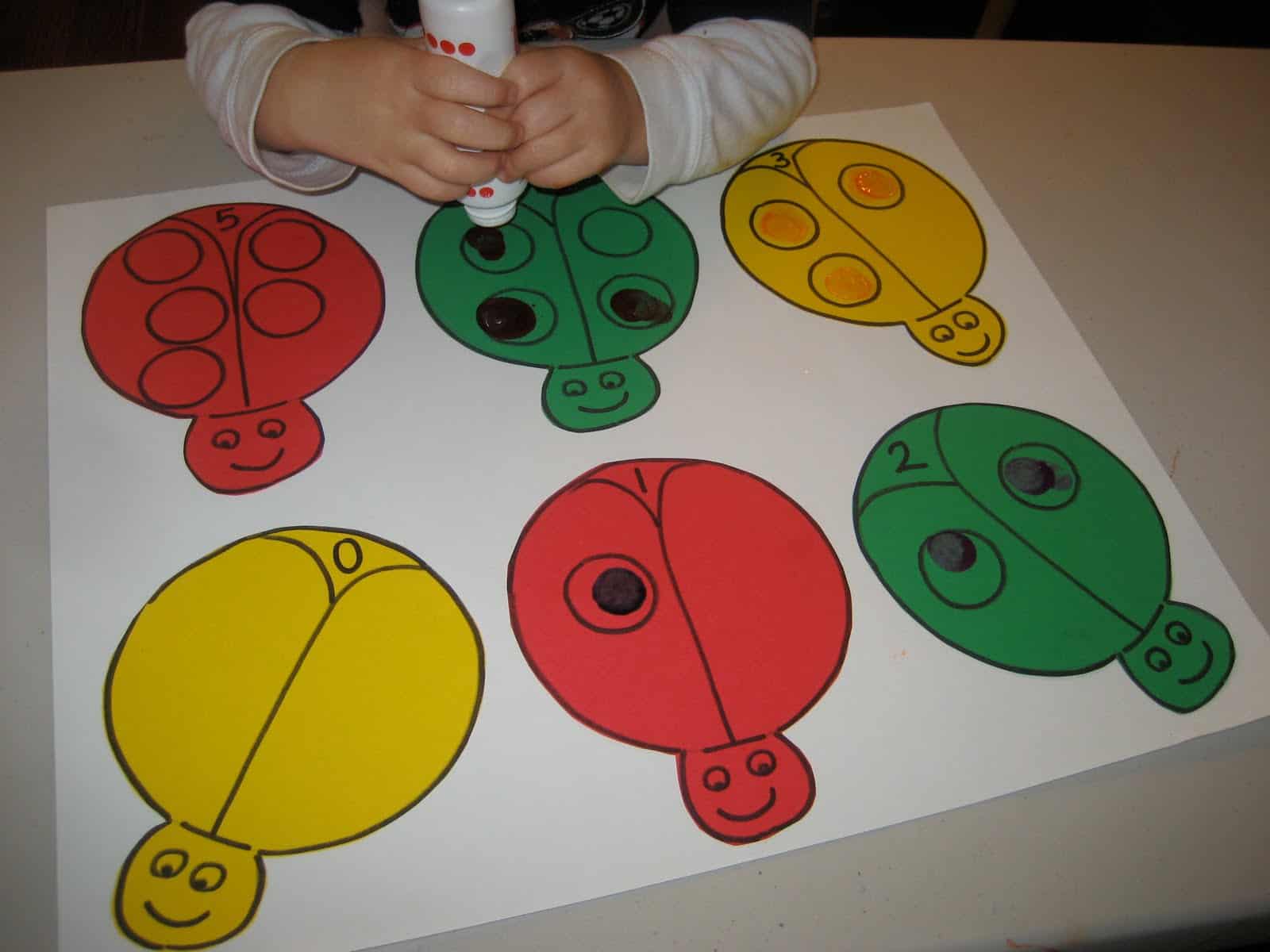 He was so excited about this that we did it again... but this time I just drew ladybugs straight onto the white drawing paper. 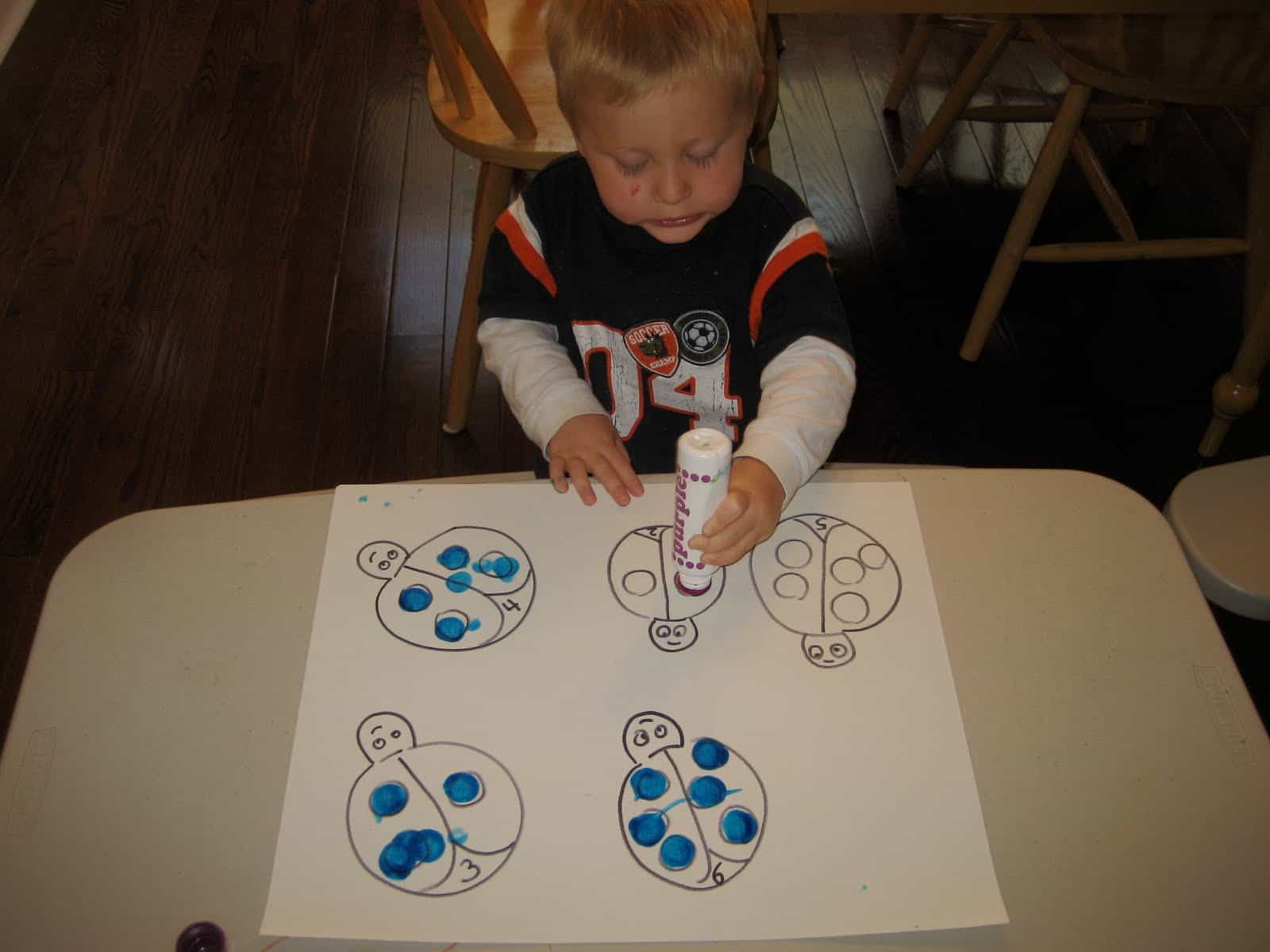 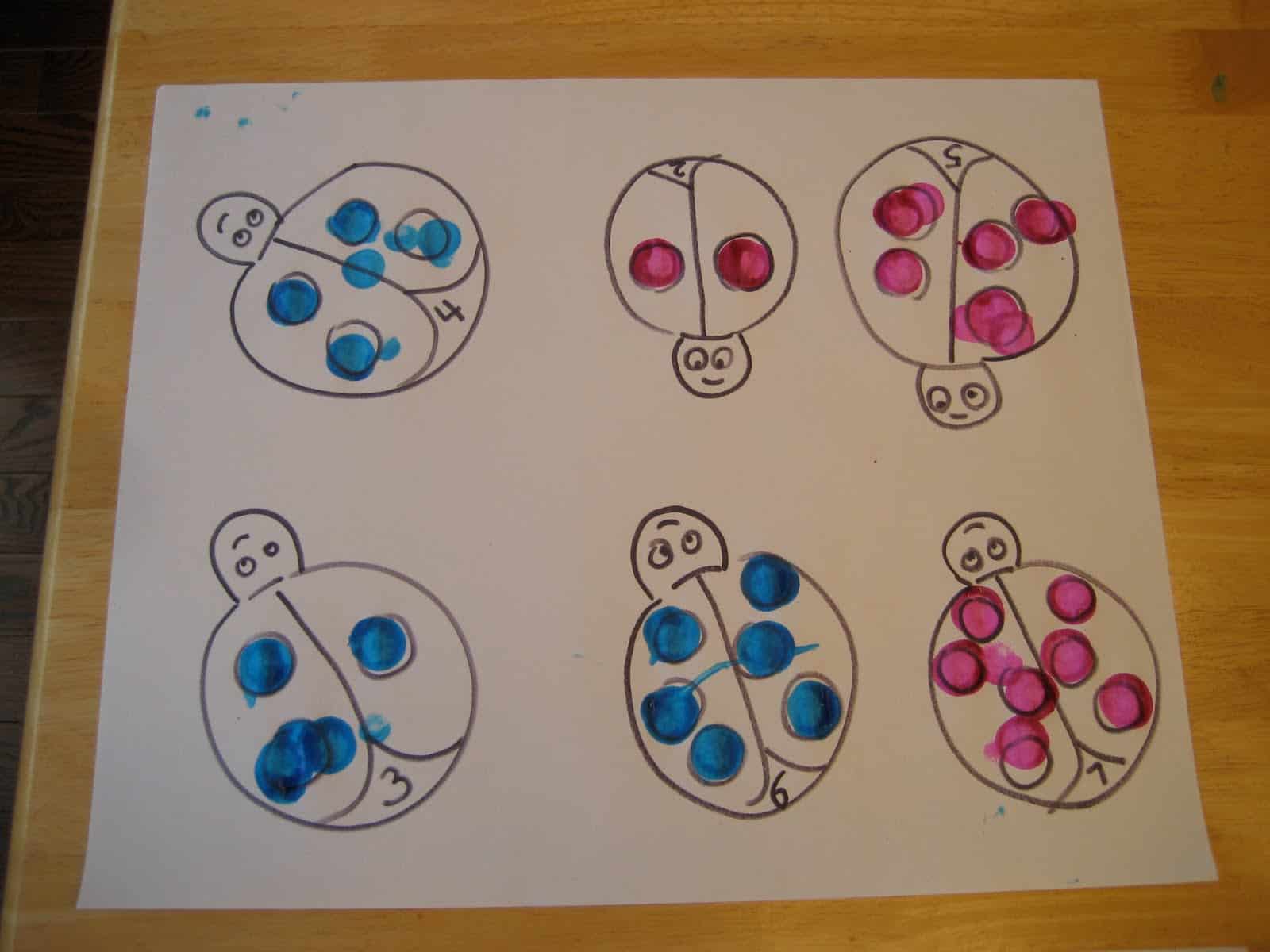 Next we decided to make some caterpillars/worms to count and paint. If I were to do this again, I would count the face as one of the body parts... since I didn't... it just made this activity a little confusing, but still fun. 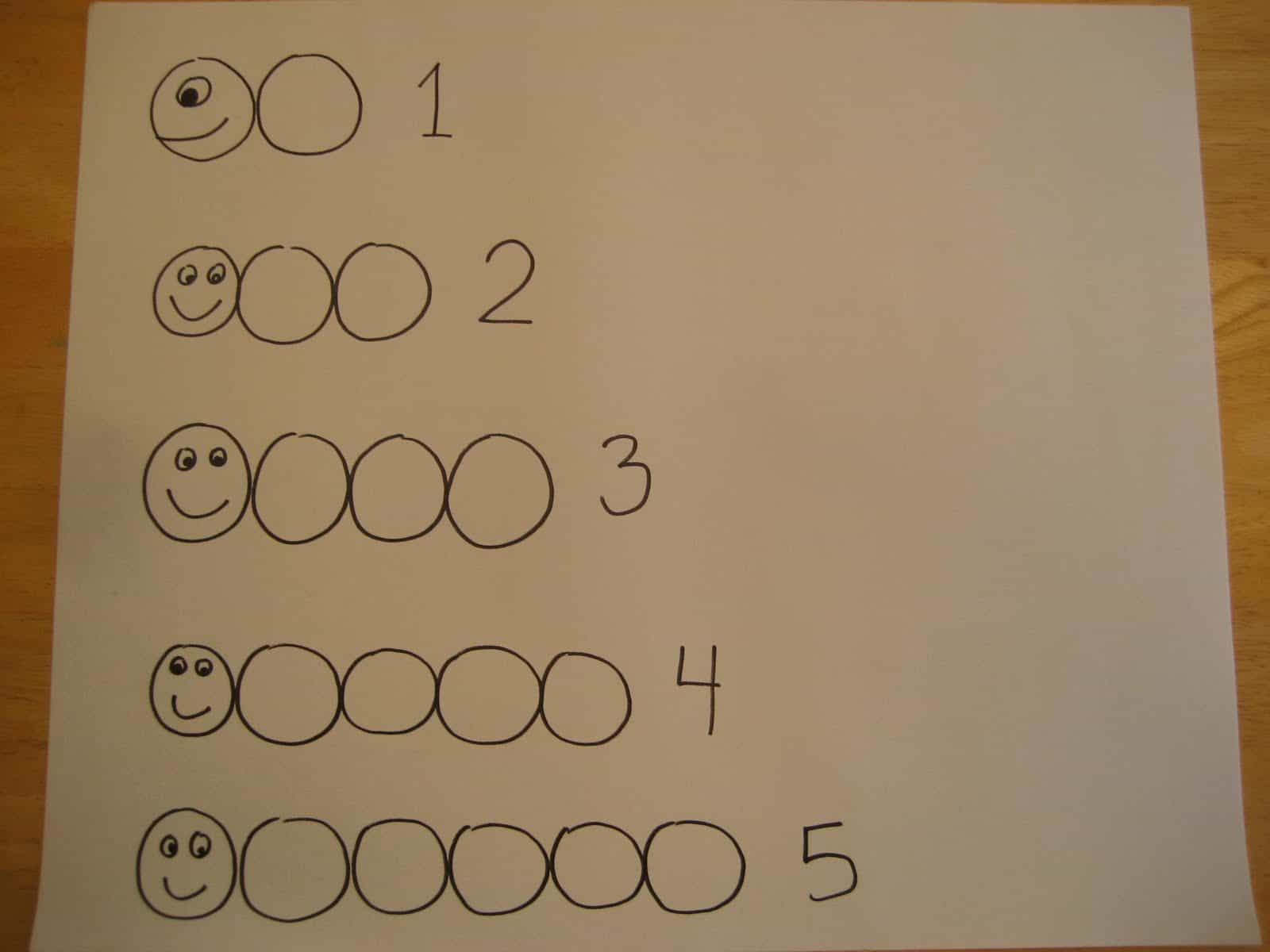 At first this one started out the same (with me counting and my son painting each dot carefully), but then he decided he wanted to just paint dots everywhere... so we just counted, but ignored the caterpillars. He dotted and counted the dots, but they didn't really correspond to anything- oh well! We still talked about the numbers... and of course, the colors we were painting.

For language building we worked on expanding sentences and lengthening requests. I have been amazed over the past few weeks at how my son's sentences have lengthened just with some extra reminding, modeling, and engaging activities that motivate him to actually use sentences.

We love the book Ten Little Ladybugs by Melanie Gerth. It would be a great one to use with little ones because it is interactive and is fun to manipulate. 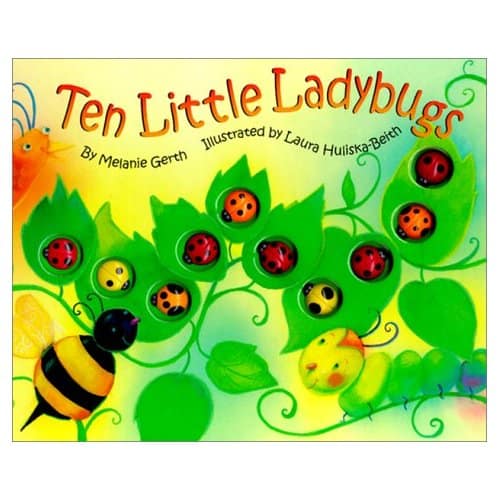 For older kids, Lots of Ladybugs: Counting by 5s by Michael Dahl would be another fun book to use along with this activity. 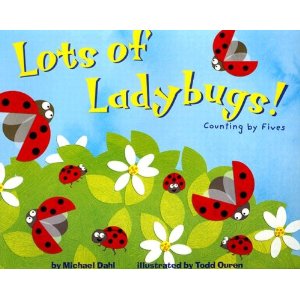 To adapt this activity for older kids, you could have each dot represent five and have them count by 5s to 25. For example, the ladybug with one dot= five... and the lady bug with four dots= twenty.