We had a bunch of foam butterflies, so we decided to use them to create some simple matching games.

Materials Needed: foam butterflies (or any other shapes), markers

Directions:
1. We chose several simple words that my little guy likes and wrote them on the butterflies. Then we made a corresponding butterfly that had a picture of the word.

2. Next my son spread the butterflies out all over the room. He wanted to put each one on top of a ball in our ball room... so we did that. 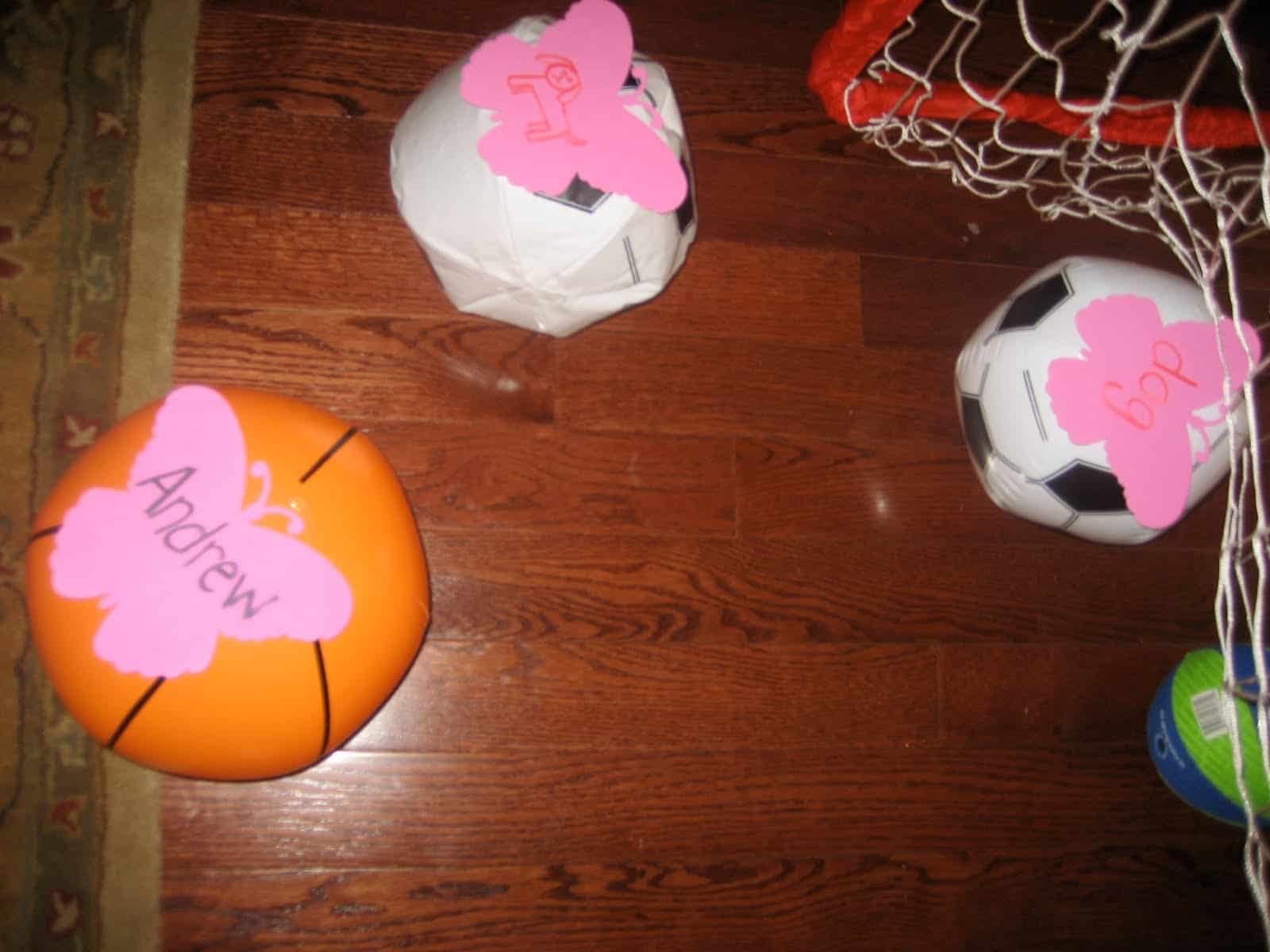 3. Then we worked together to match the pictures with the corresponding words. Some were easy, like his name, some were trickier. When he would get stumped I would give him clues like, "ant has an a at the beginning." Eventually we got all the matches and we played again and again. 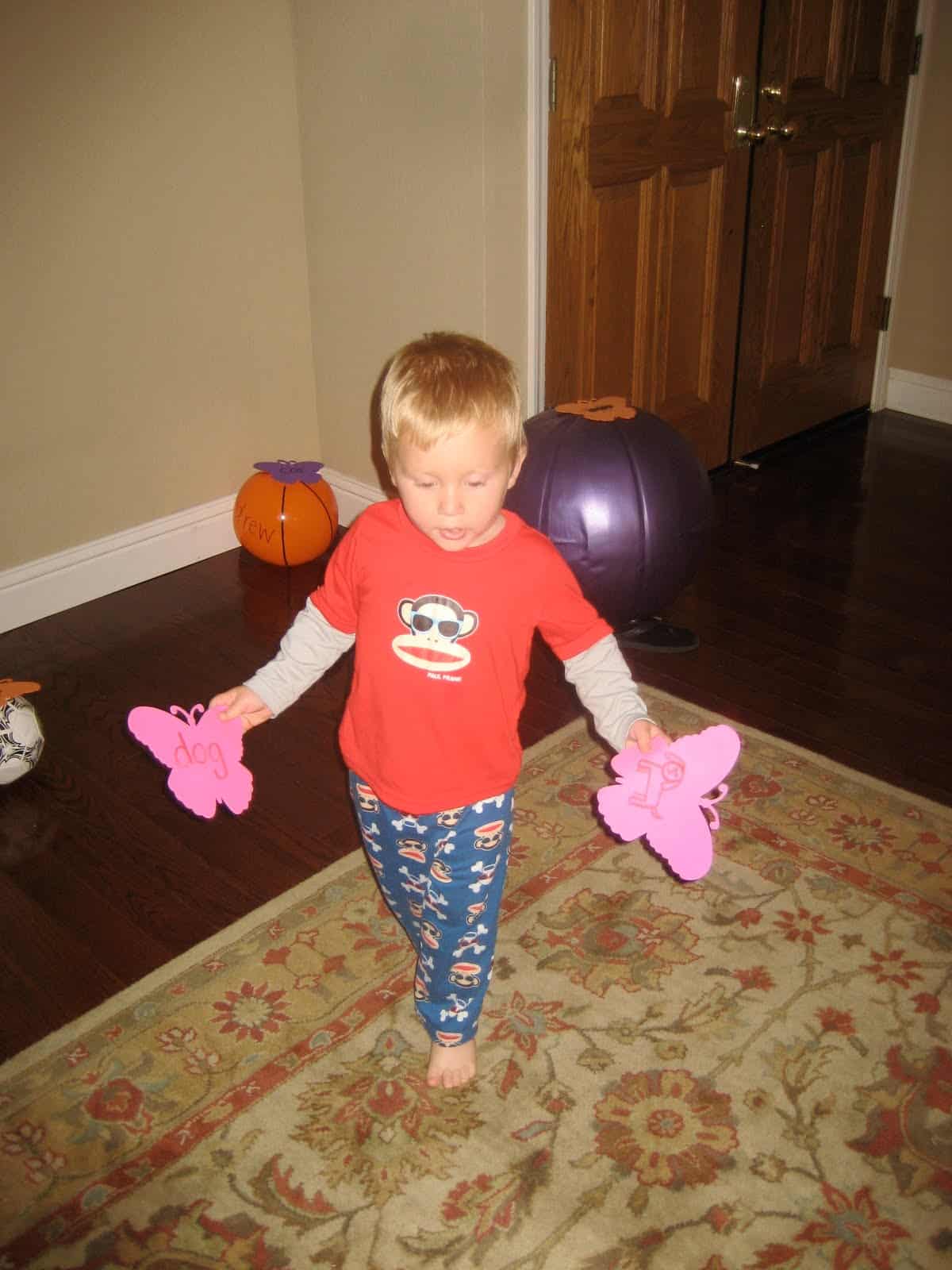 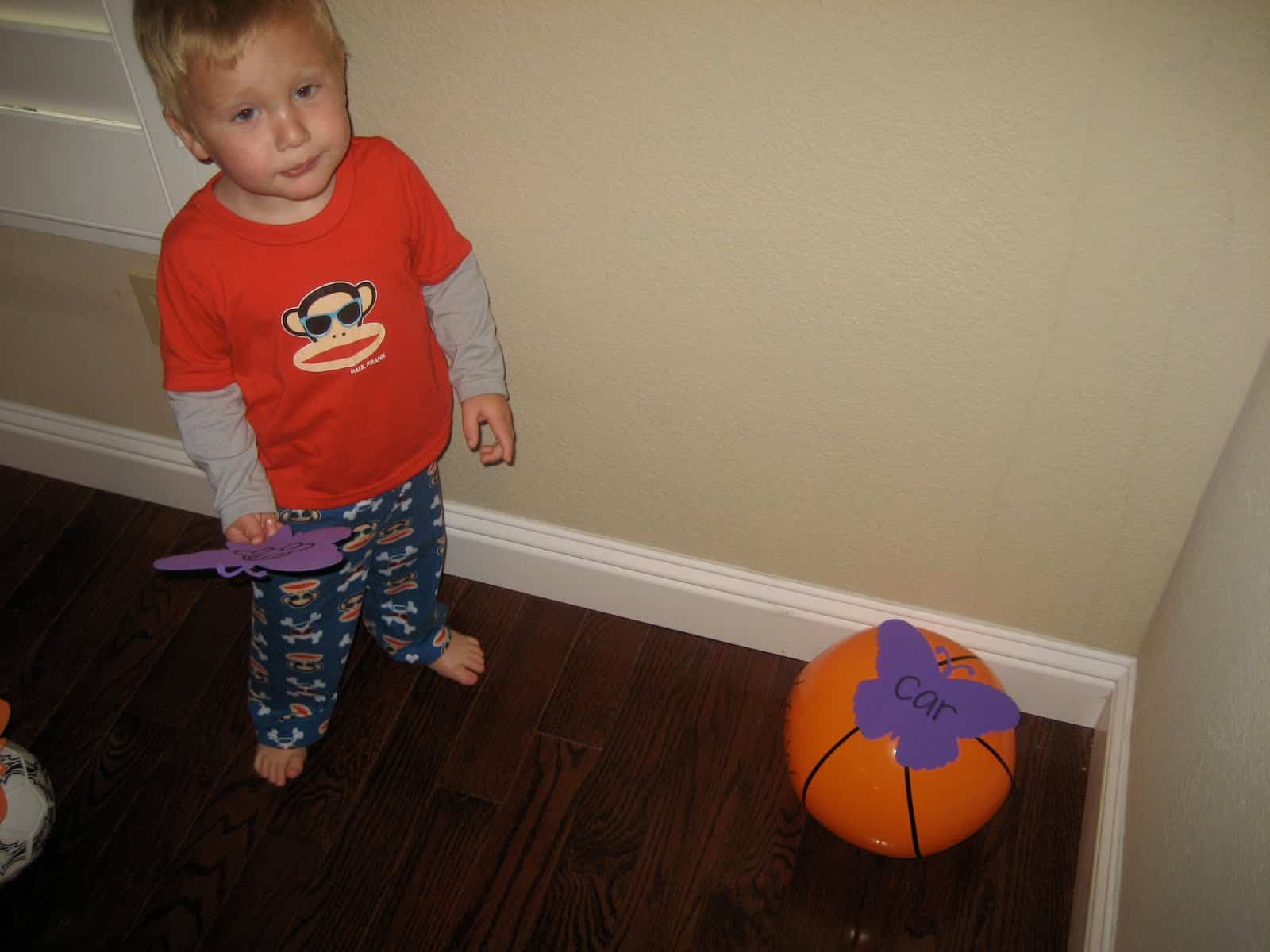 You can make the game harder by not having the colors of the butterflies match or by using more challenging words. You could make it easier by having your child just match pictures (leave out the words) or just match words. 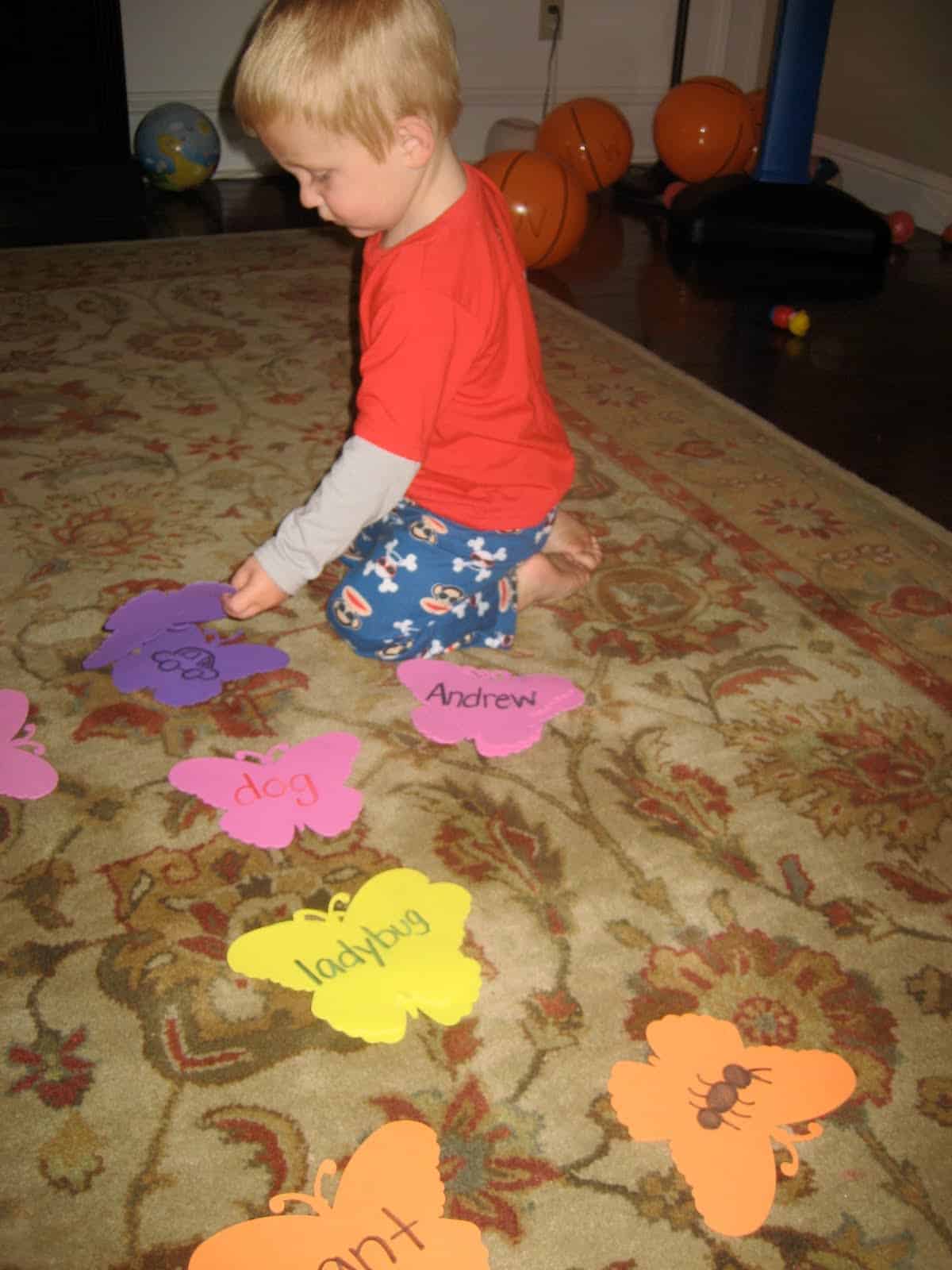 Another way we played the matching game was to write alphabet letters on the butterflies. We would write big A and little a on two butterflies and then my son had to match the big letter with the little letter. He told me the letters that he wanted to use and I also threw in letters that are typically harder for him.

I started out by having him name all the lowercase letters on the table and say their sounds... 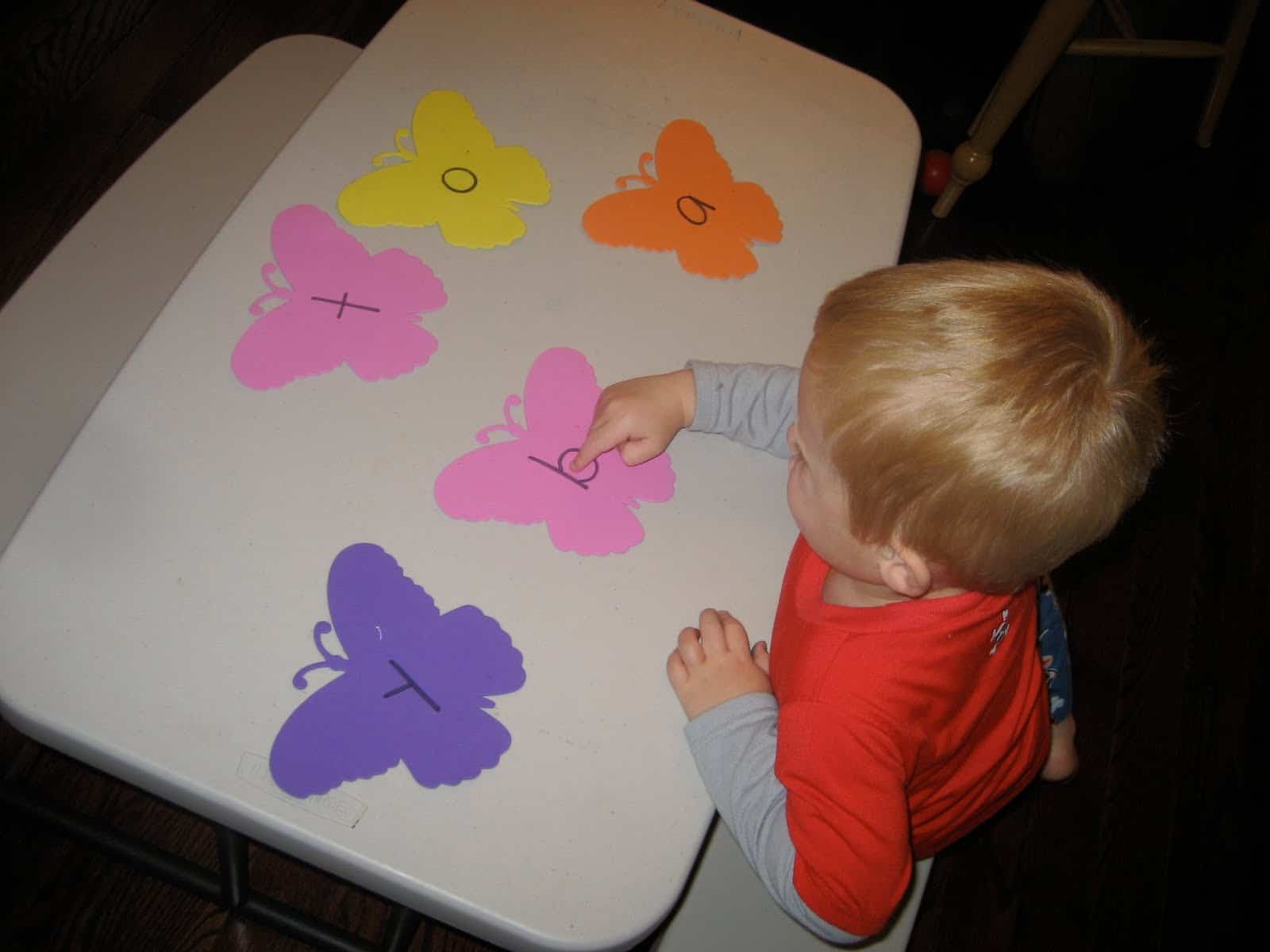 and then I would hand him an uppercase letter, have him tell me the name and sound... and then he'd match it with the lowercase letter. Later today I'll probably make a set with the entire alphabet. He really liked this activity. 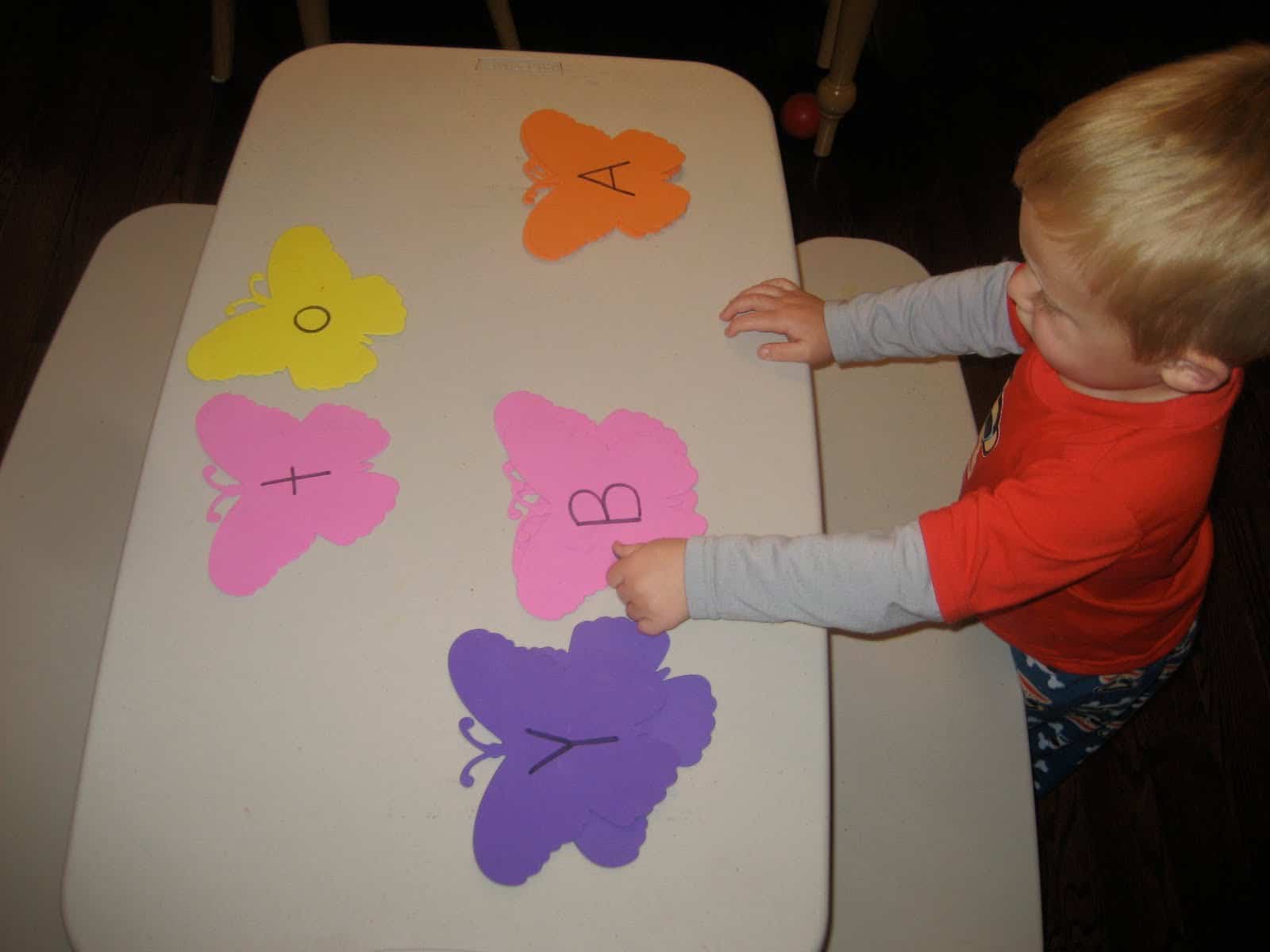 You could also create four butterflies: lower case letter, uppercase letter, word that starts with the letter, and picture of the word... and have your child try to match all four parts of the set. Definitely would be harder!