My little guy is turning two this week, so several of our activities are going to focus on counting, reading, writing, and doing activities related to the number 2! Many of these could easily be adapted to a different number. 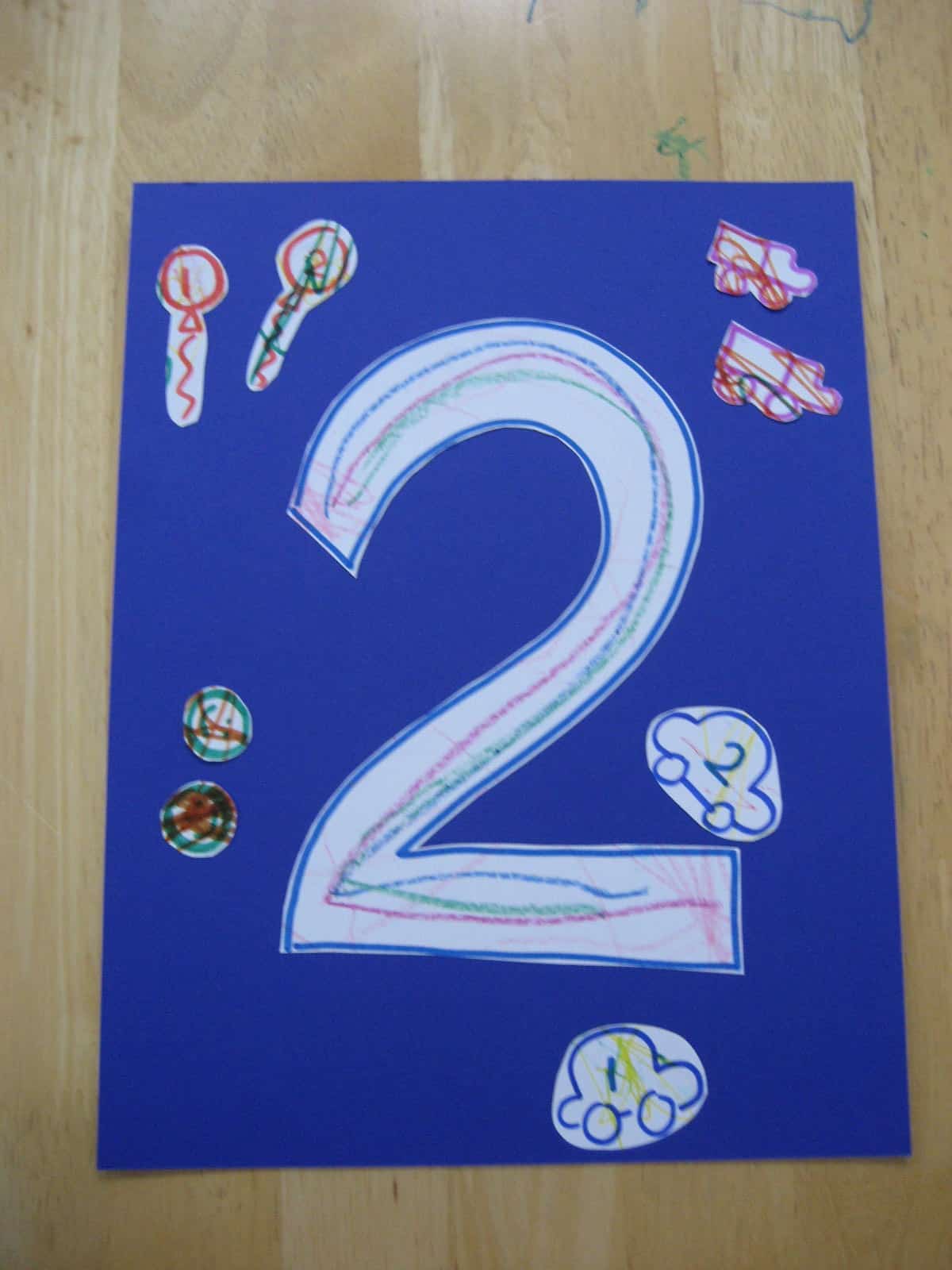 Directions:
1. Draw the number two on your paper. 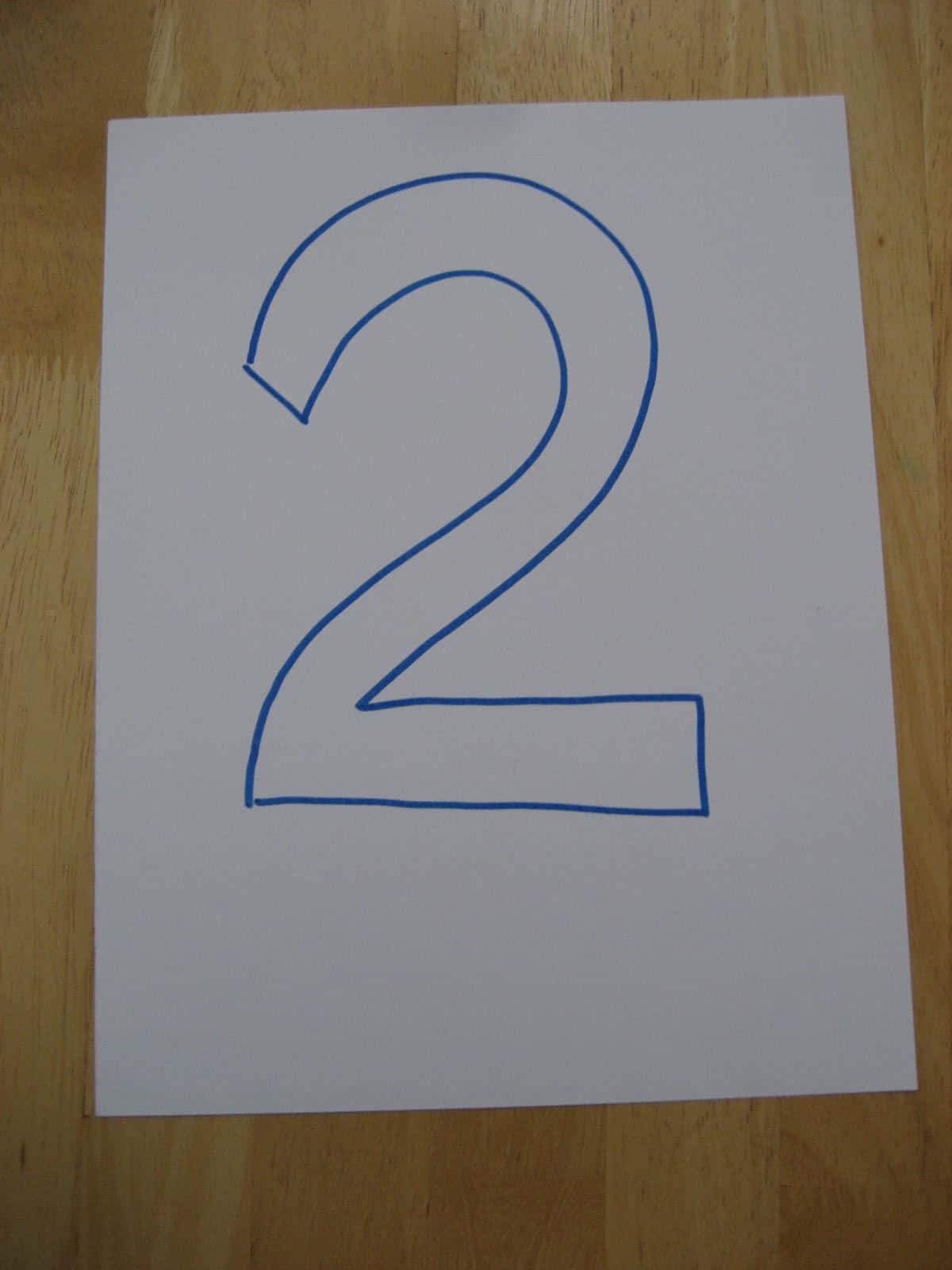 2. Have your child decorate the number two with markers/crayons. I demonstrated how to trace the number two and he tried to copy me for a little bit, and then he just colored. 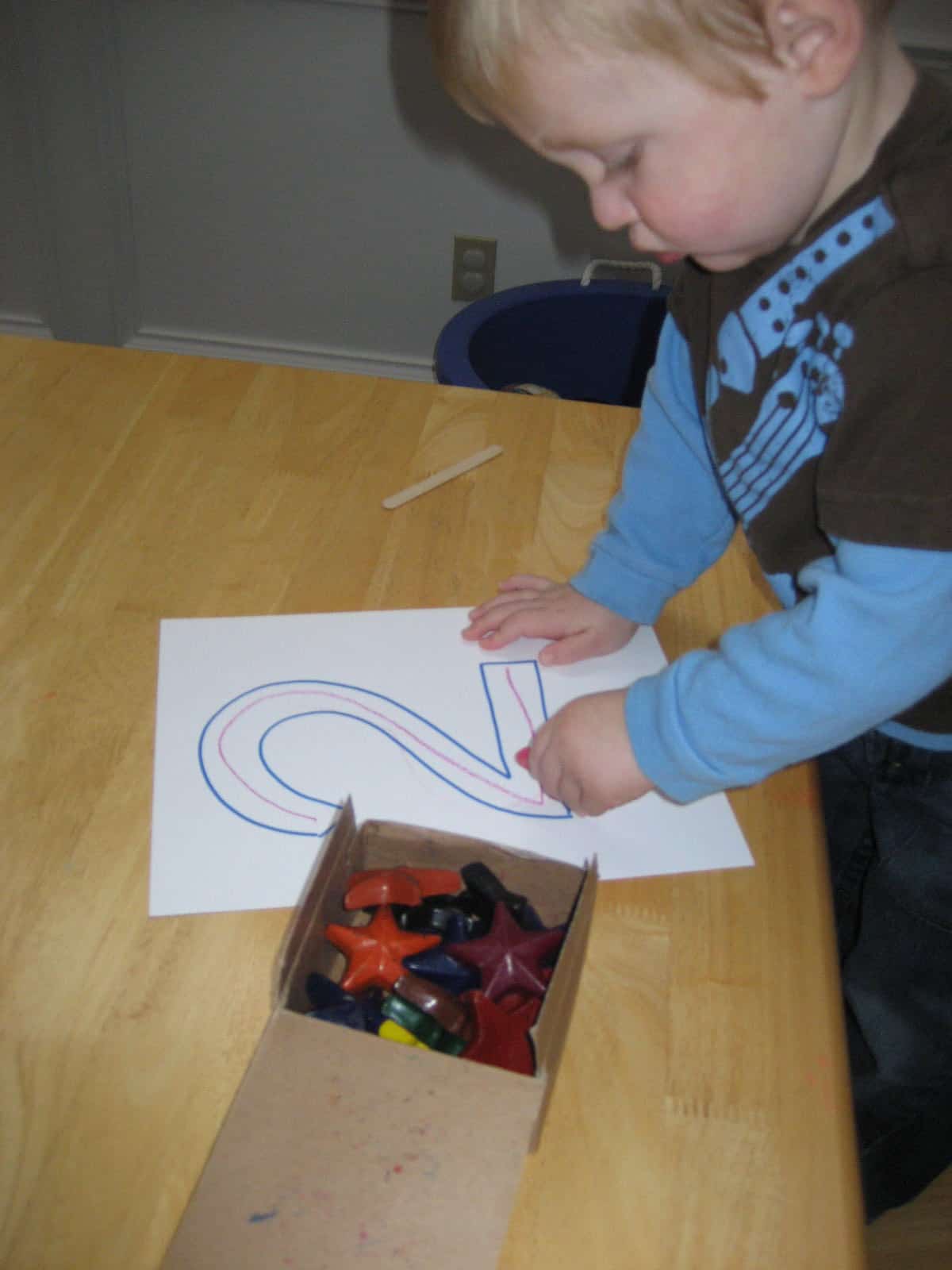 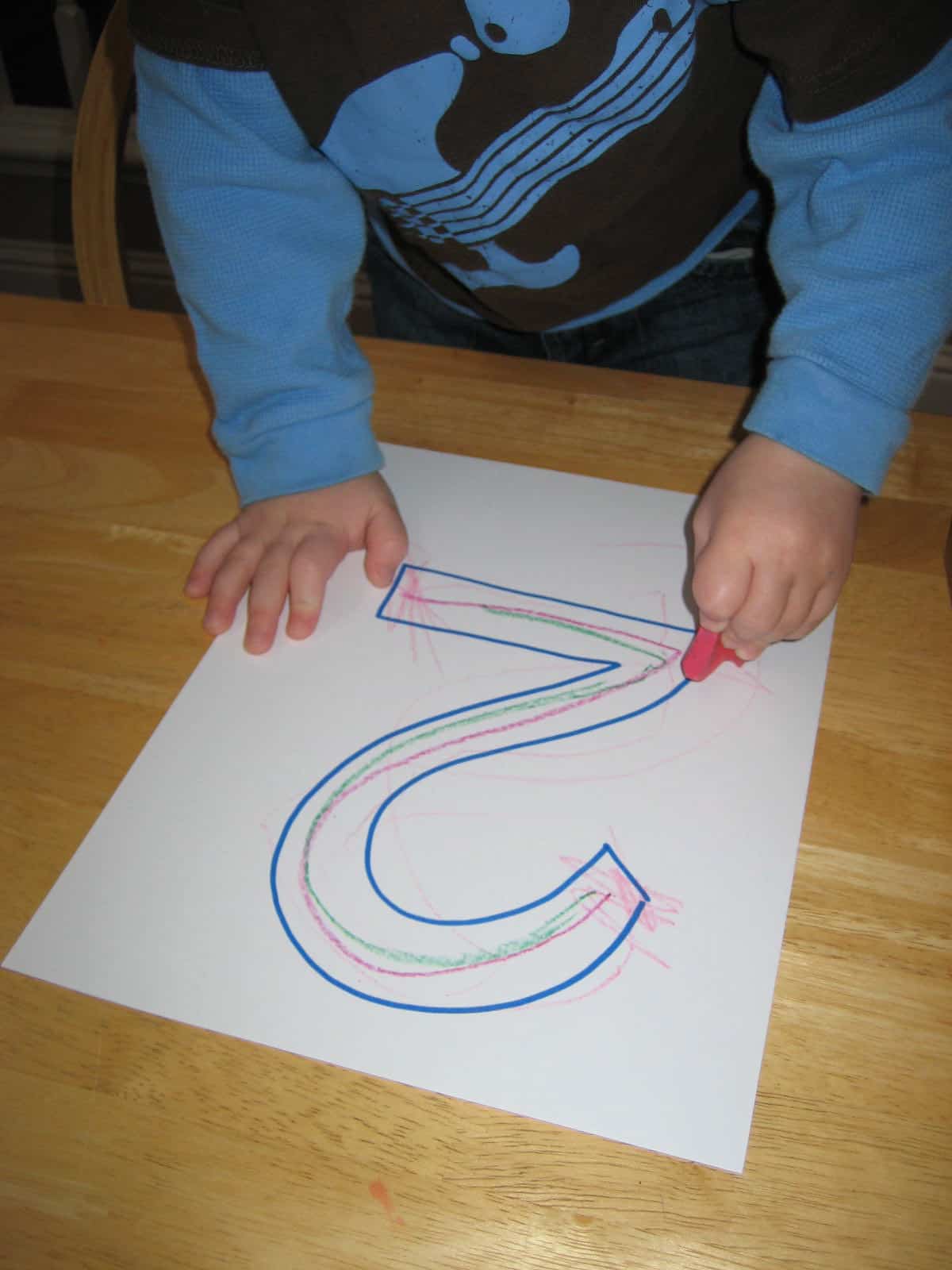 3. While he colored, I drew a few of his favorite objects onto another piece of paper. I drew two of each object (trucks, cars, balloons, smiley faces). Once I was done, I had him color the objects. 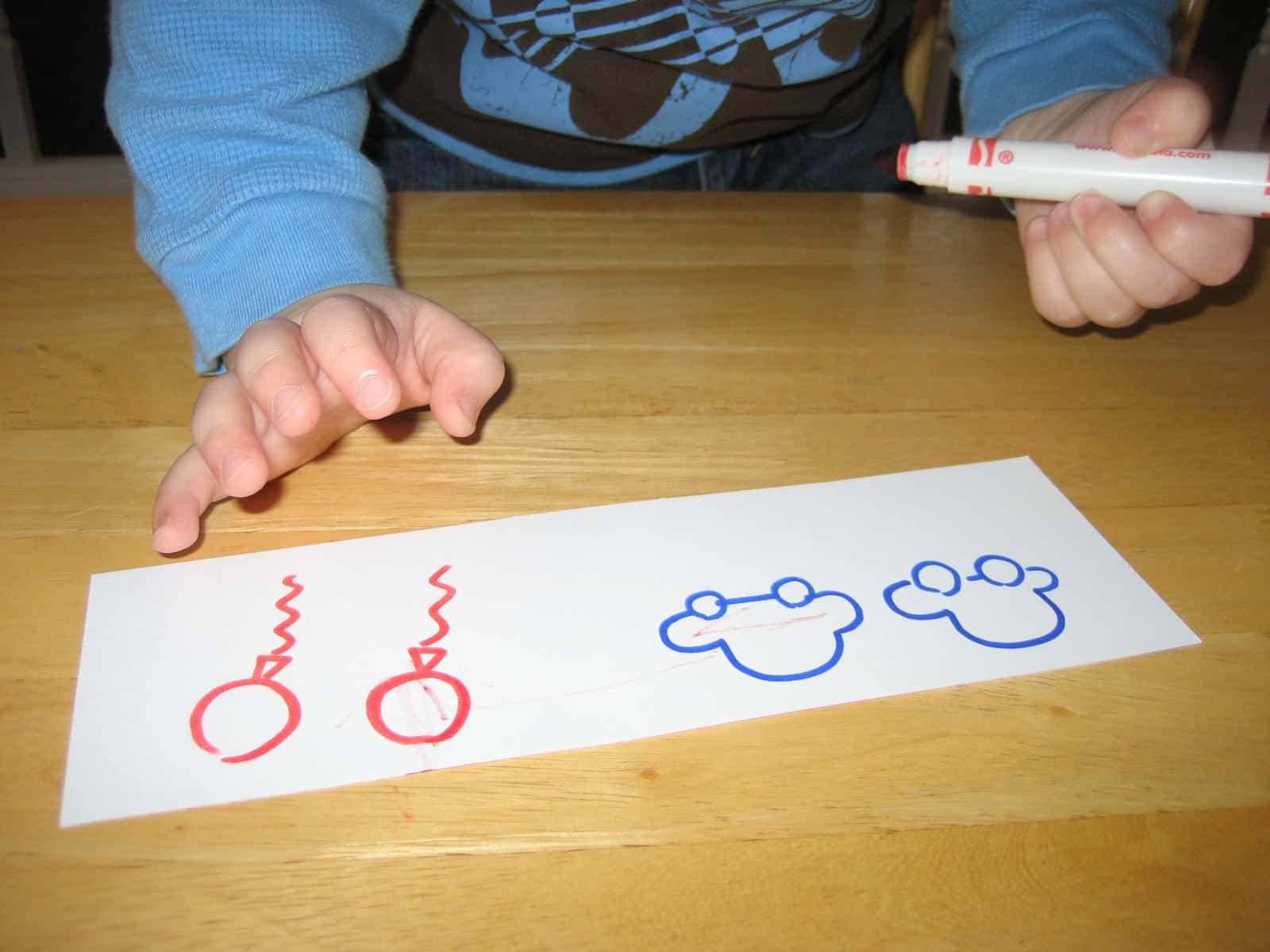 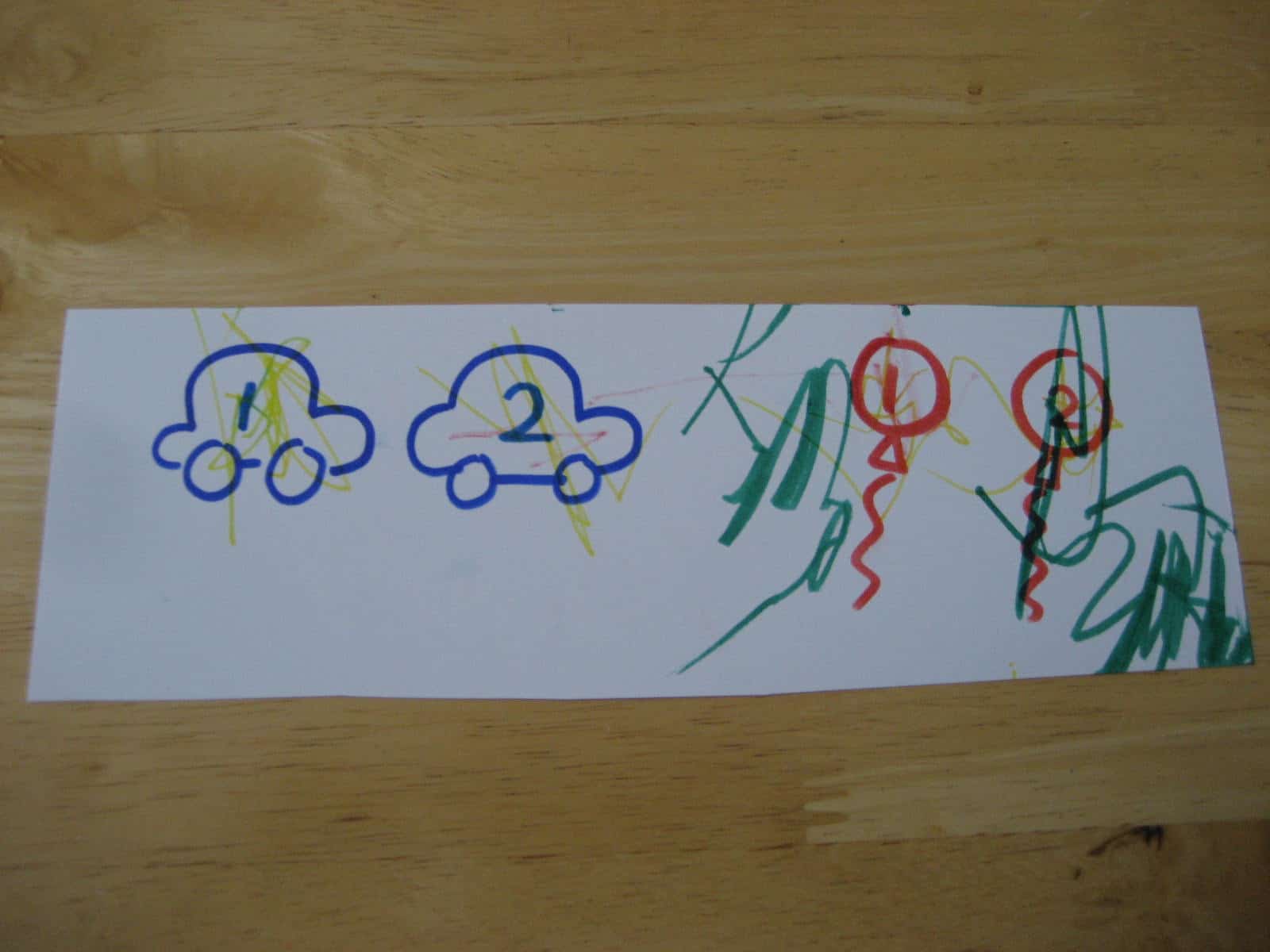 4. While he colored, I cut out each object. 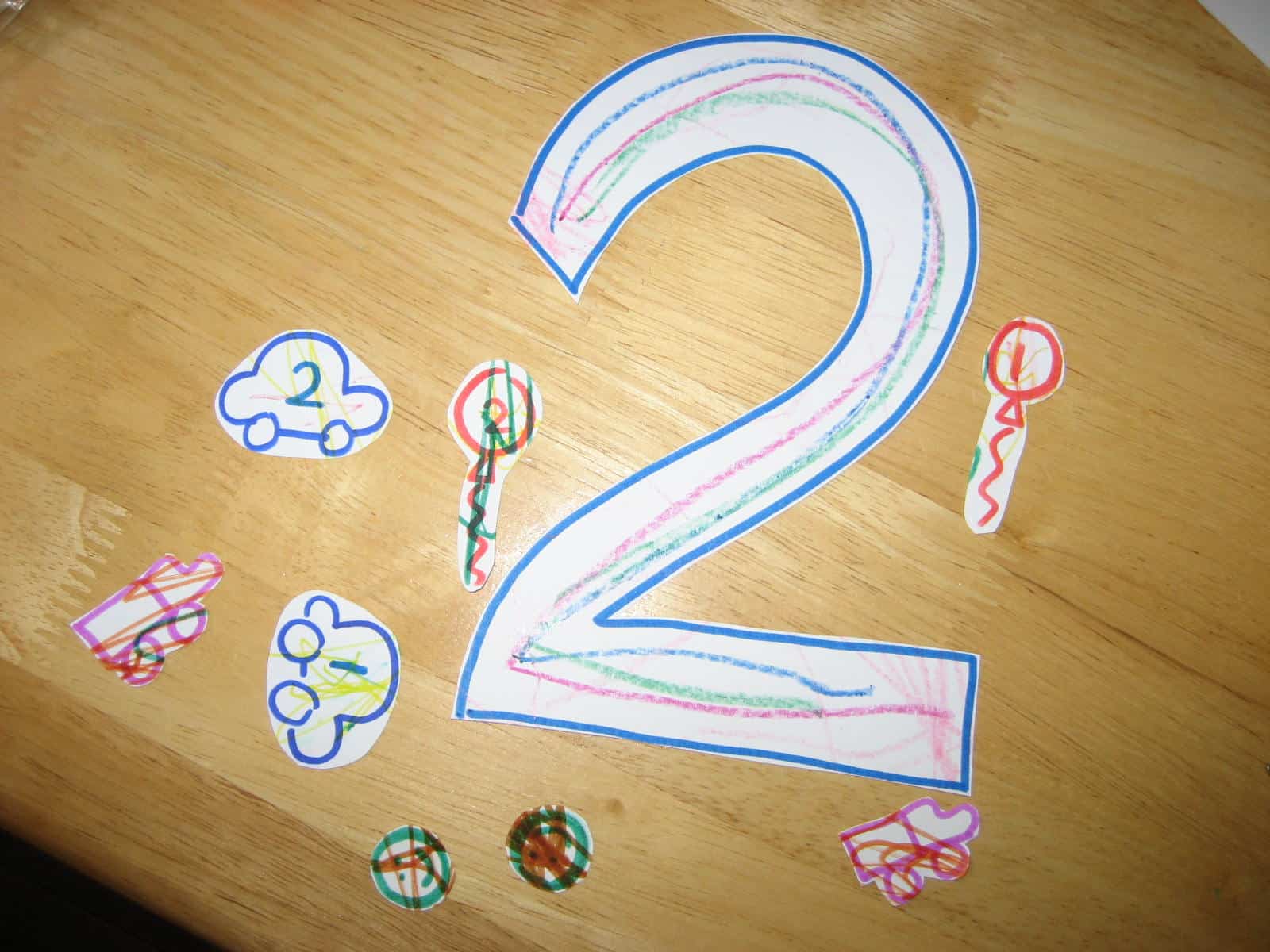 5. Have your toddler glue the big number 2 and little objects onto another piece of paper. 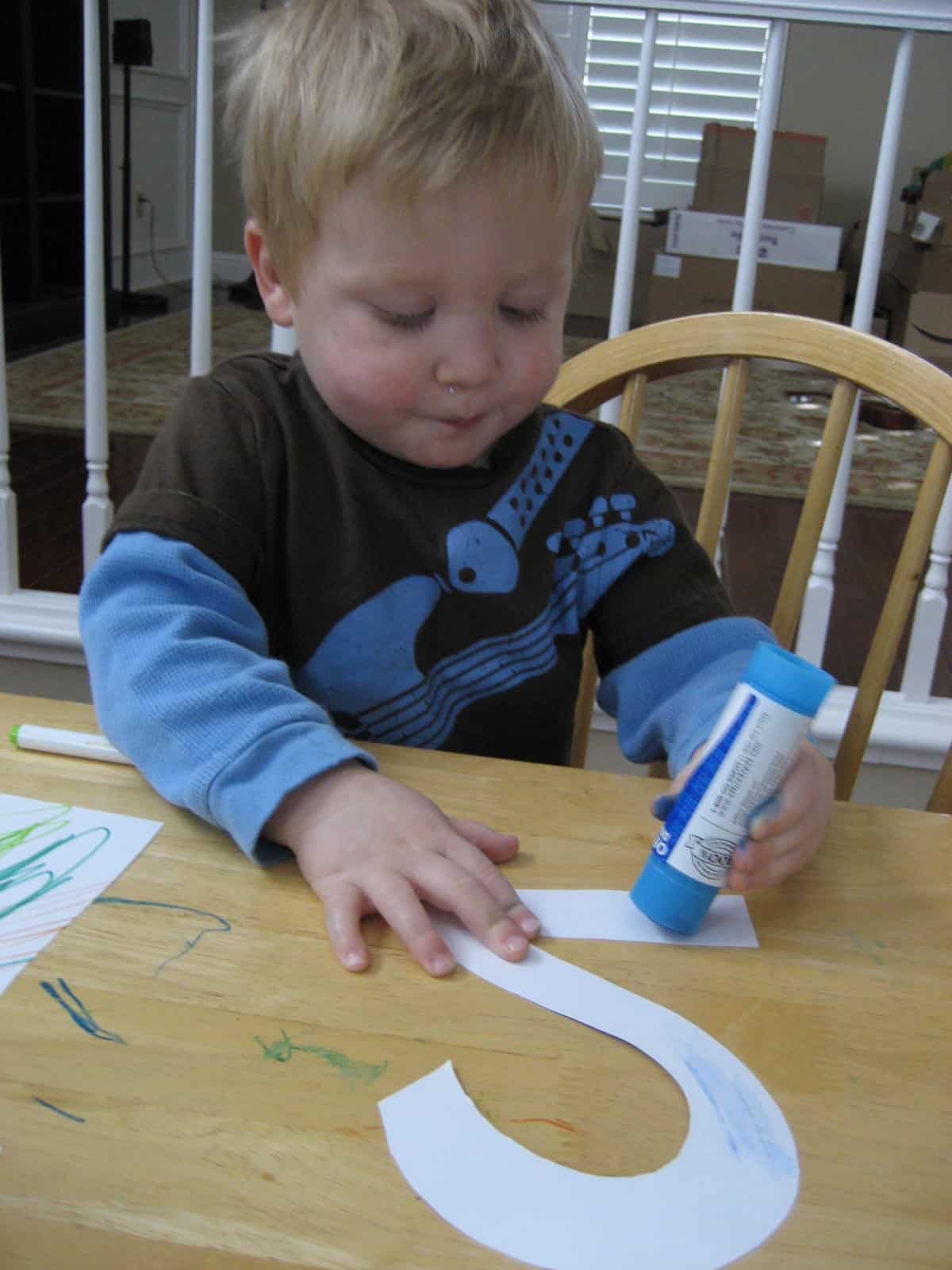 Pressing down to get it to stick 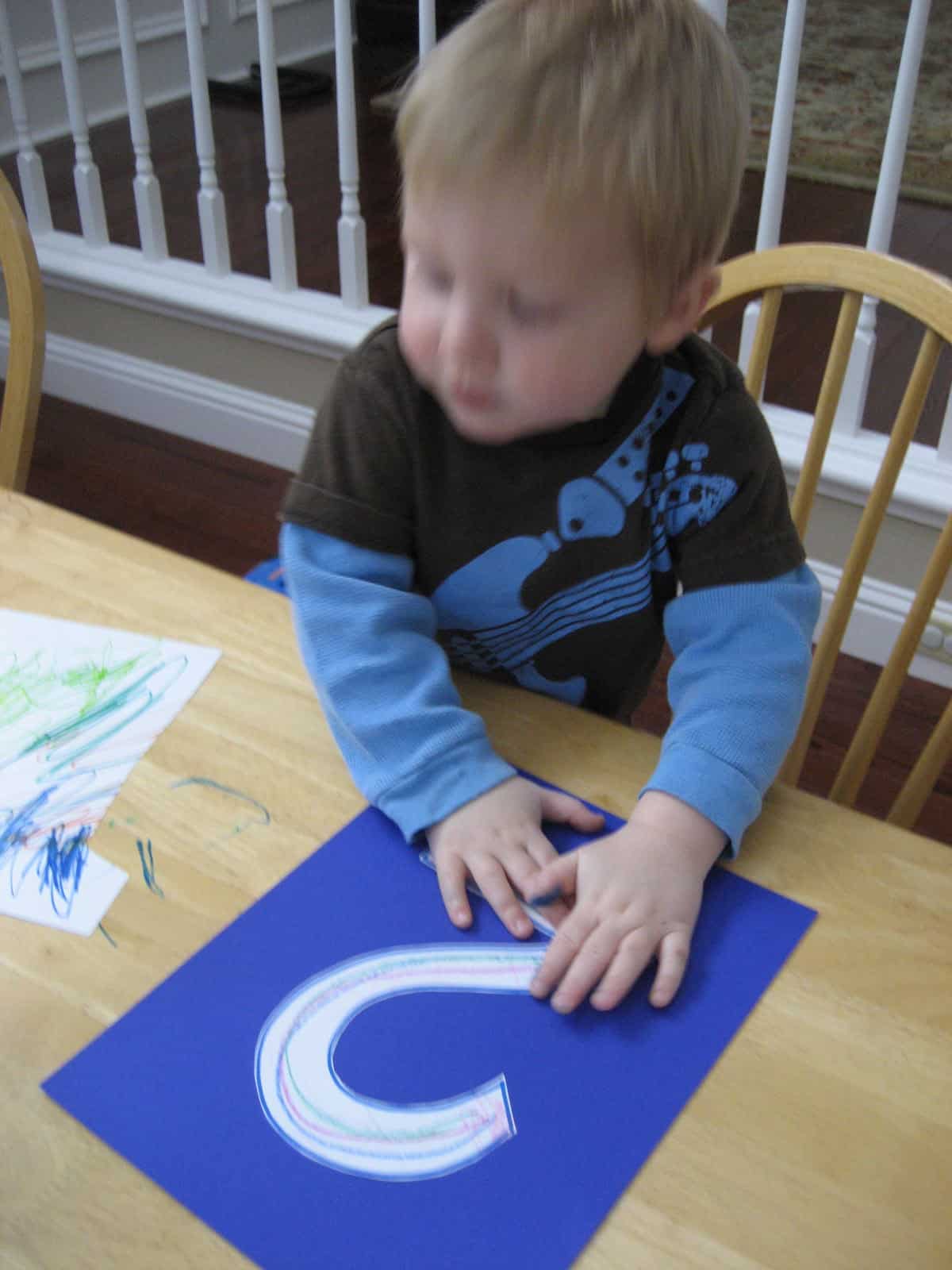 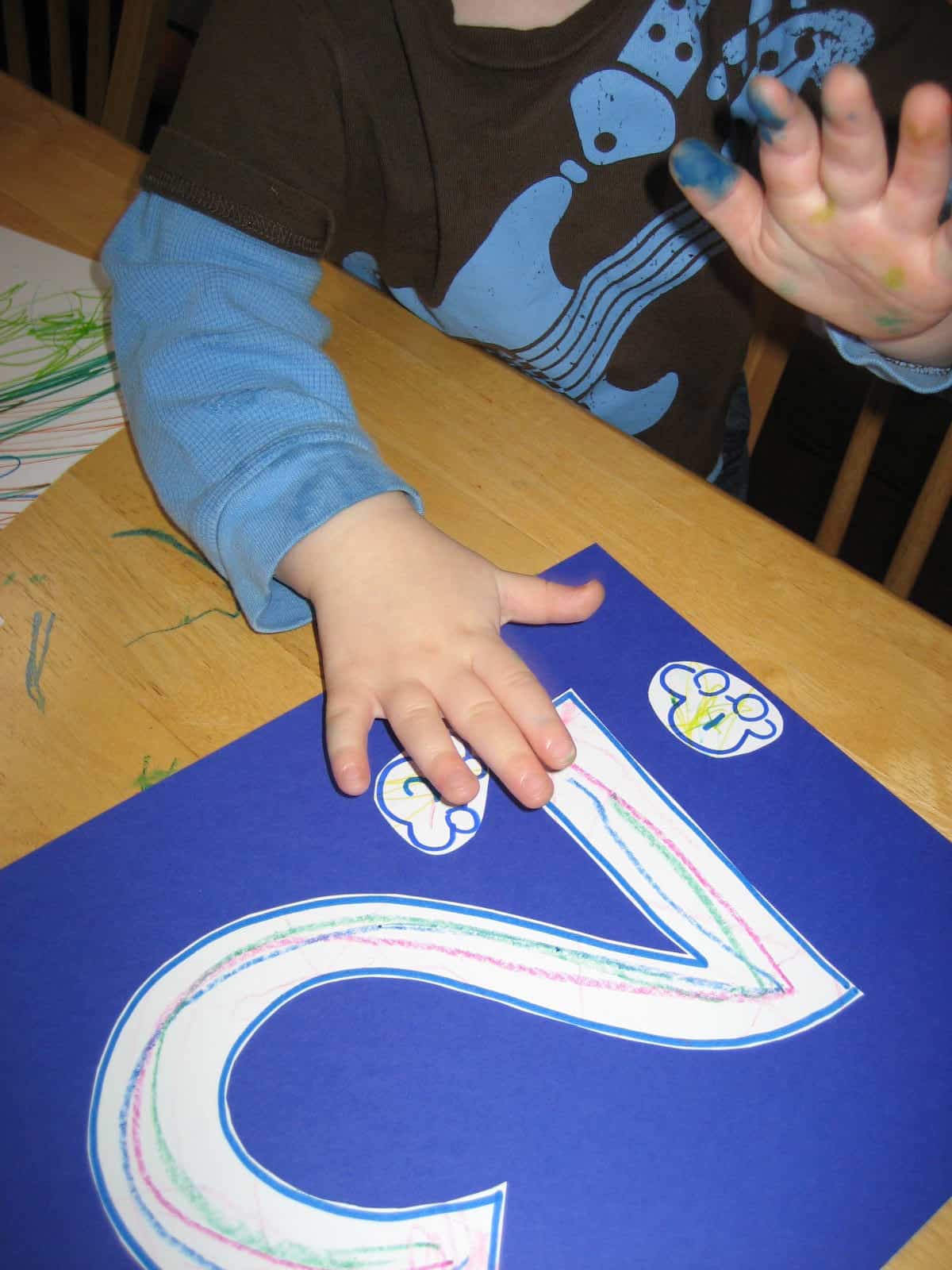 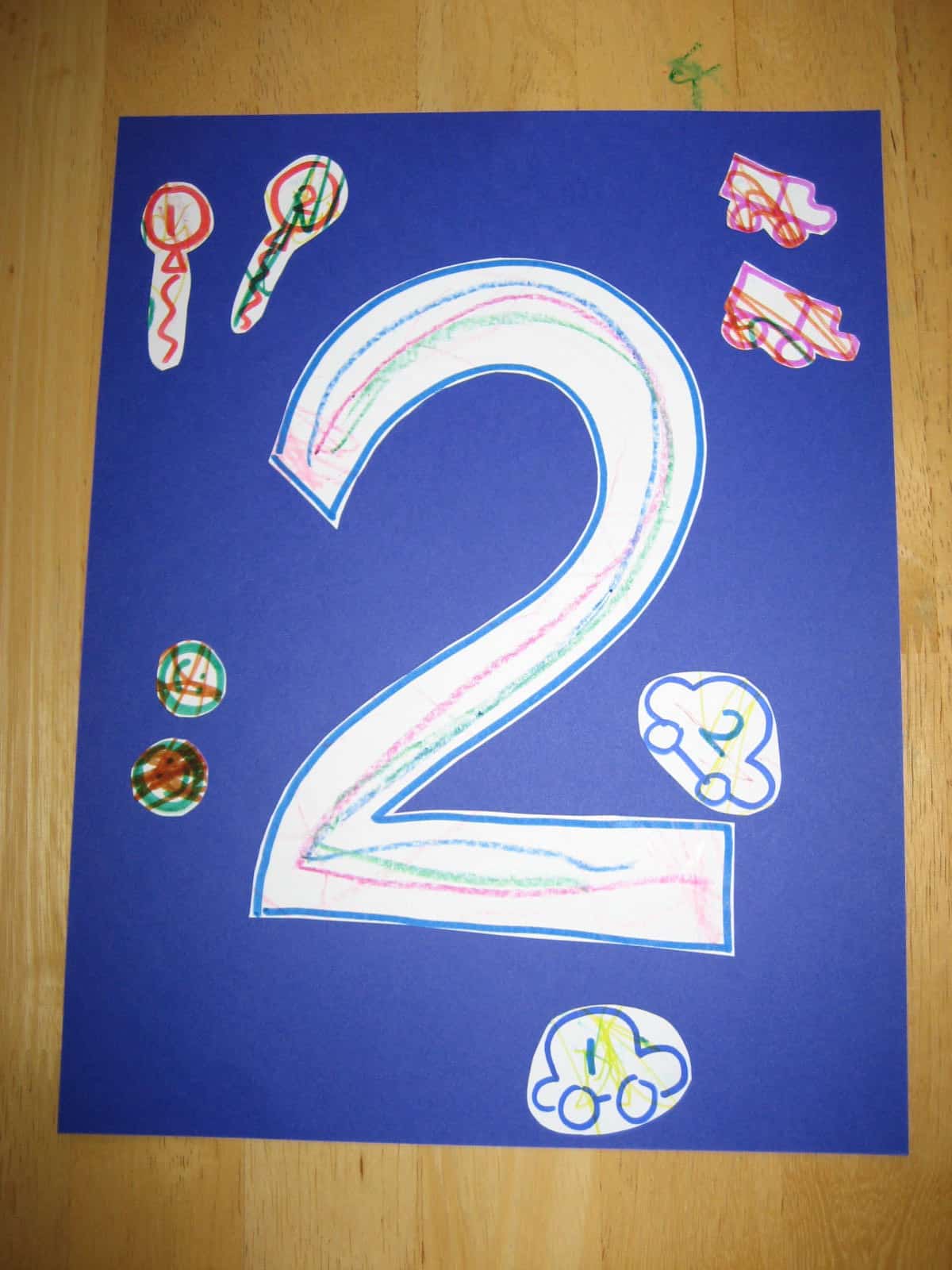 Our purpose for this activity was to talk about the number two. We counted each object as we colored them, glued them, and after we were done. We also counted up as we glued/colored. I would say, "One truck., two trucks" and then I'd repeat "One truck..." and not complete my statement. My son quickly began to fill in the blanks as I touched the other truck to give a visual clue to keep counting. We also expanded his language further by describing the objects he had colored. The balloons were red and green, so we'd say, "We have two green balloons, one... two (touching each balloon as we counted"). While we colored, I also occasionally pointed to the number two and asked my son what number it was.

I let him take the lead in this activity. When he started getting bored, we were done. He is really interested in numbers and letters right now, so this was a lot of fun for him.