We've are so excited that the Olympics have started! Today we created an Olympic torch based on an idea we got from No Time For Flashcards. 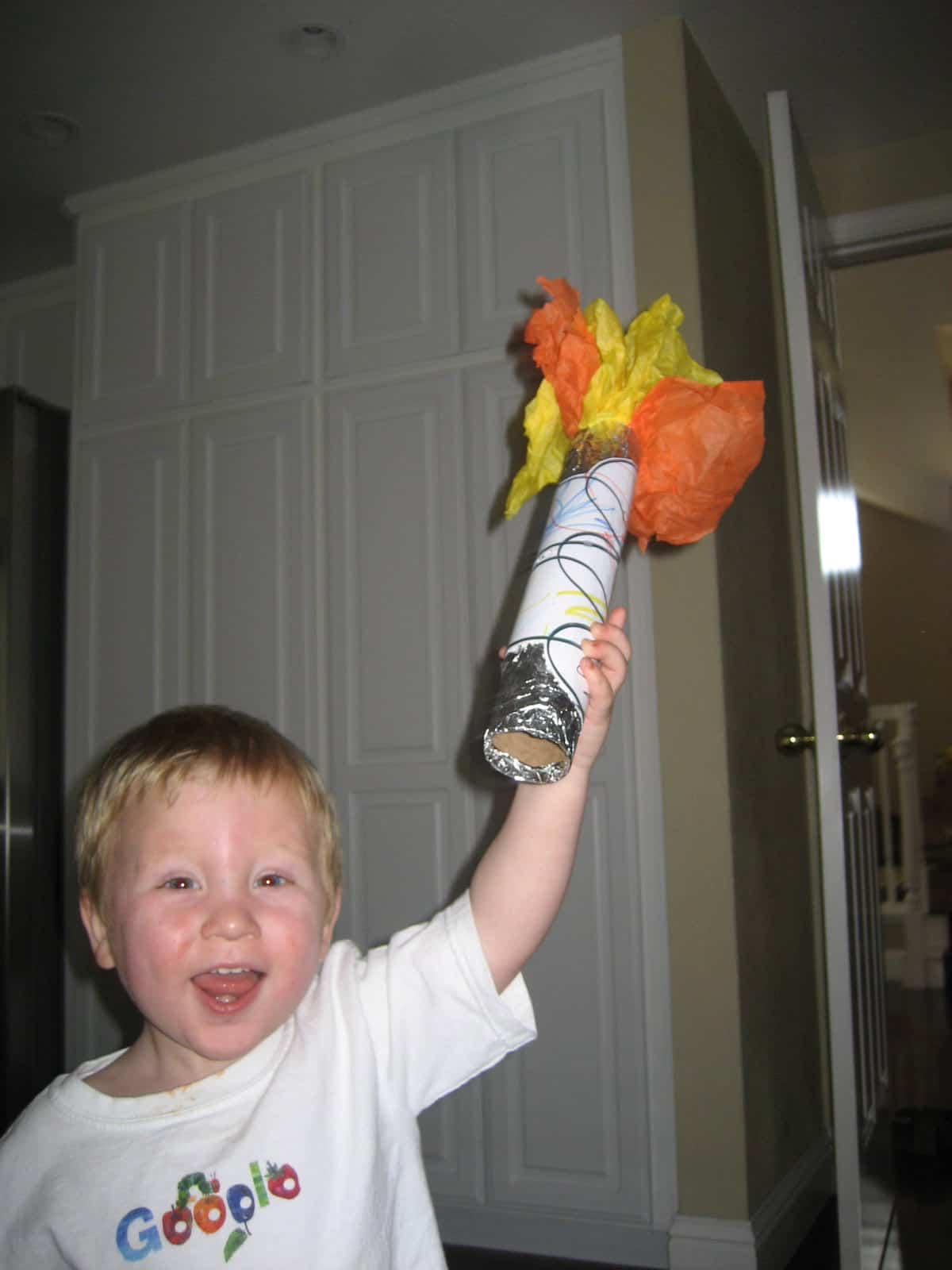 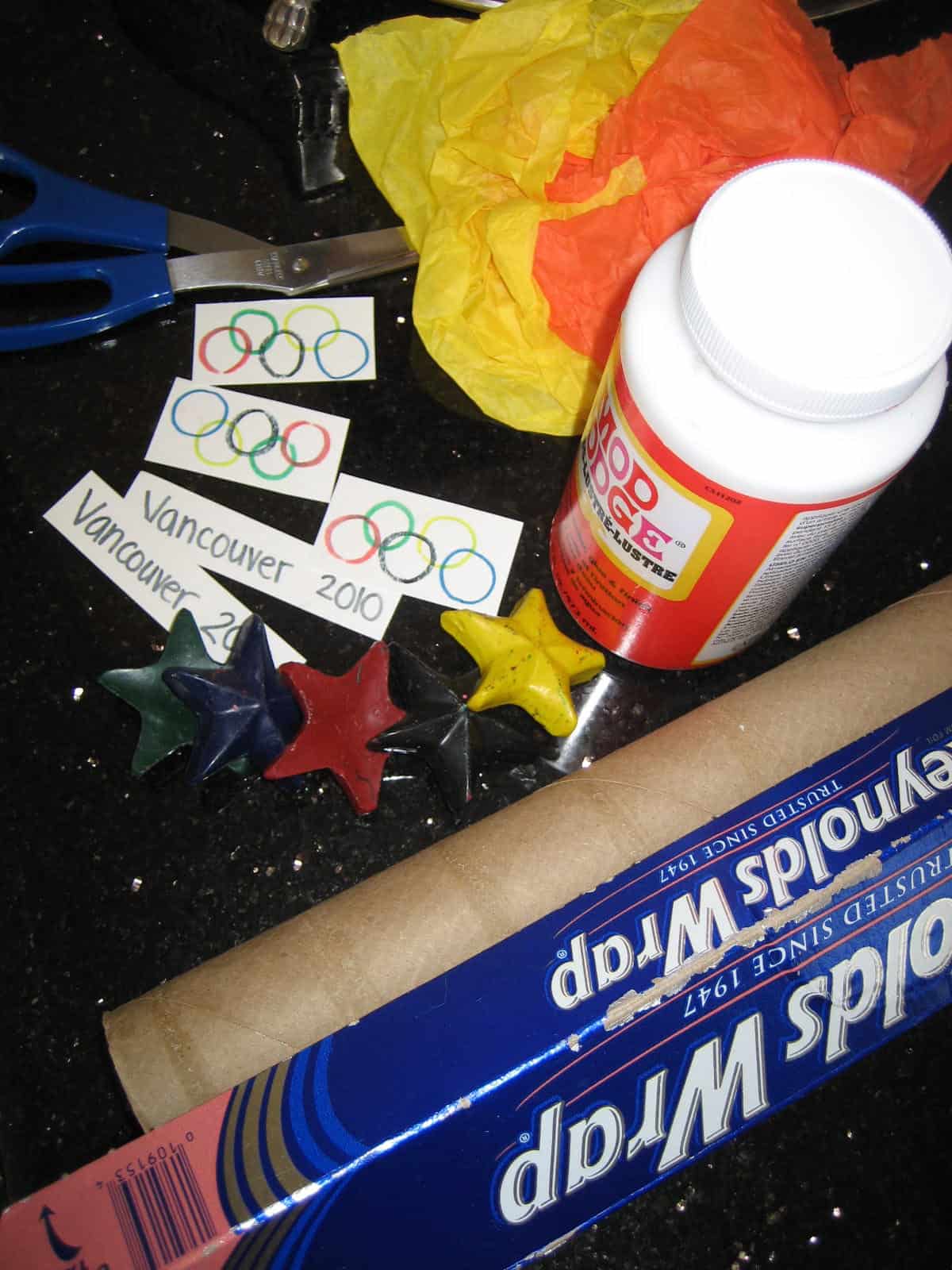 2. Paint the Mod Podge onto the foil to seal the foil. 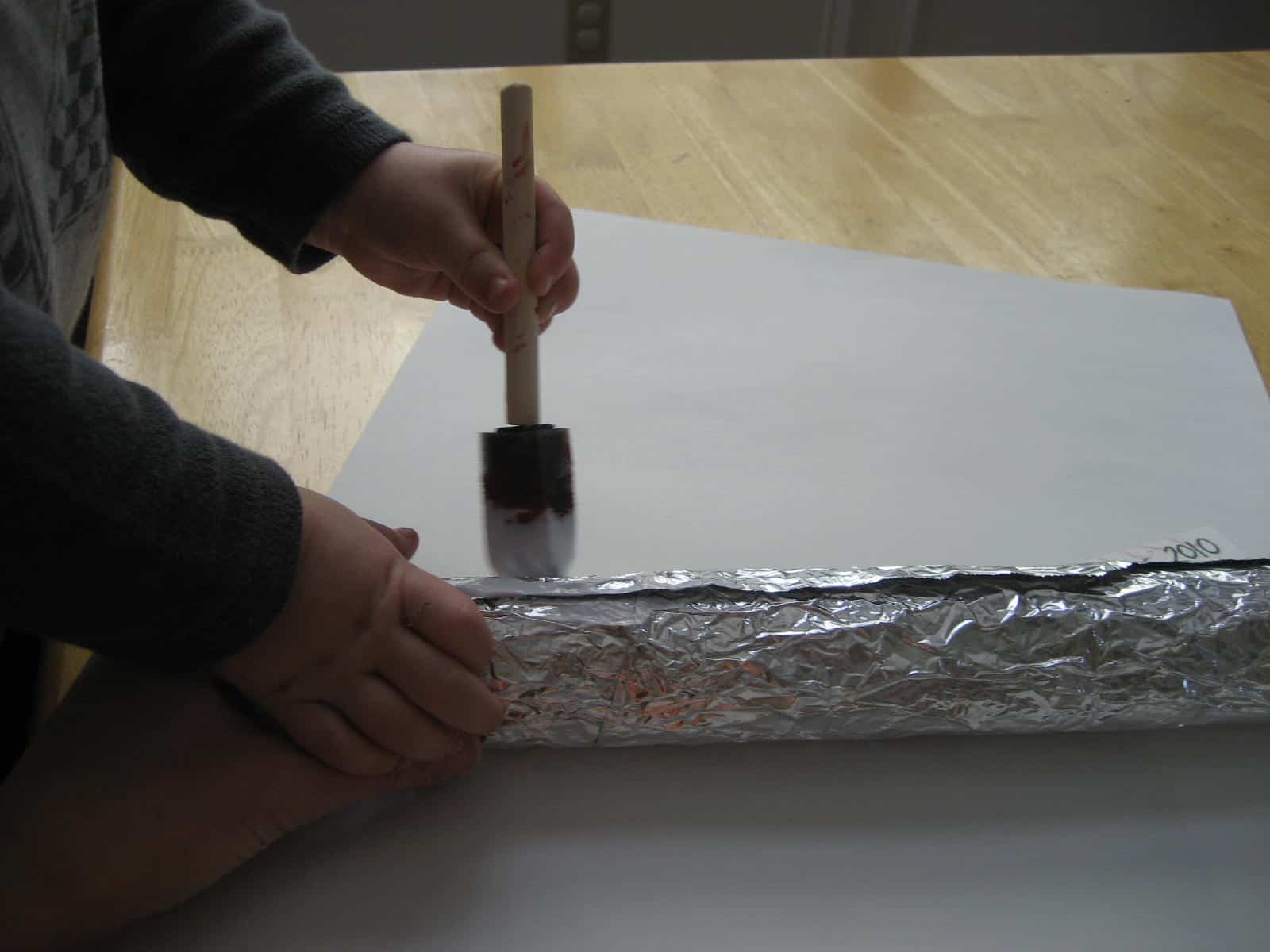 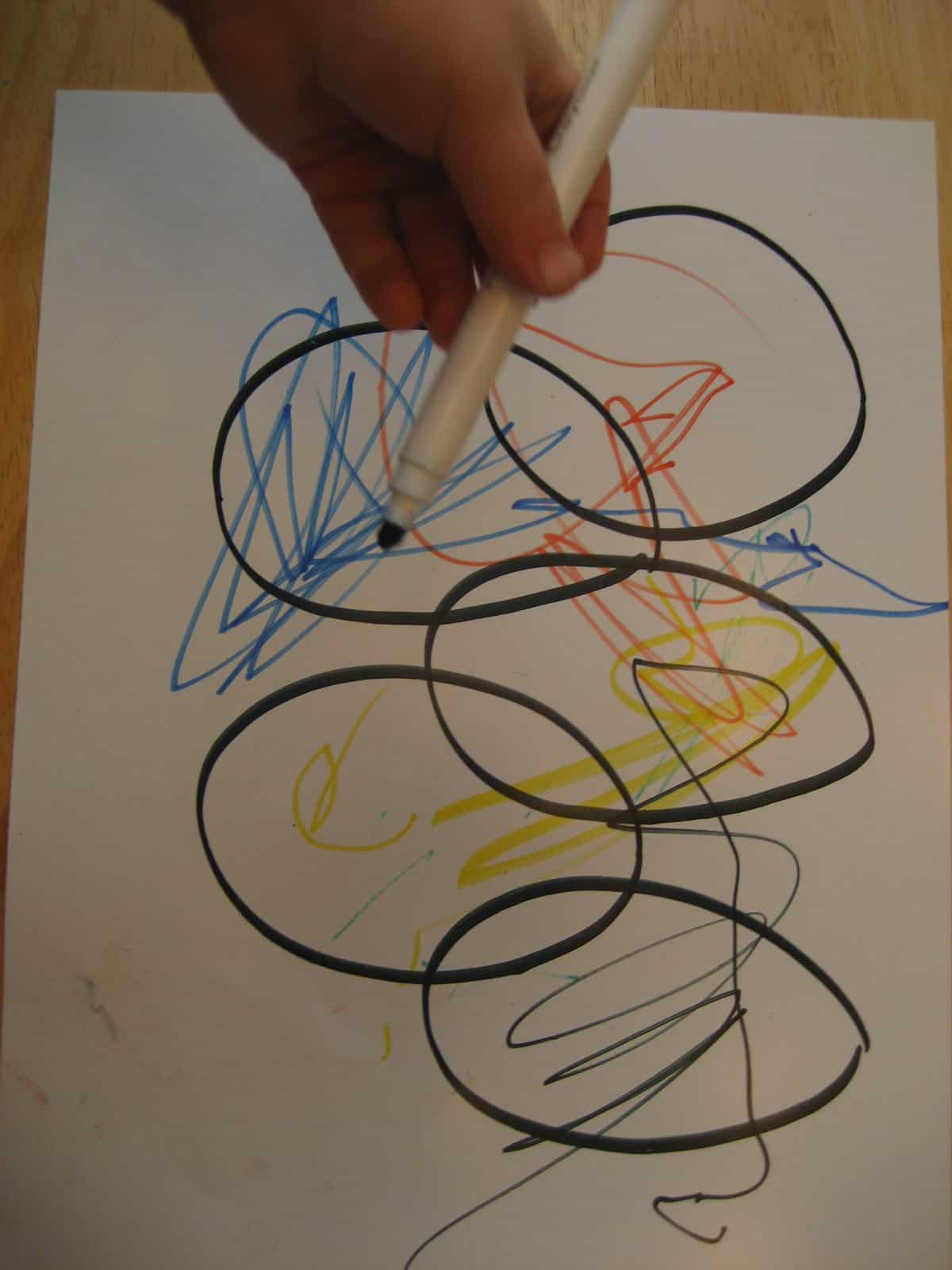 4. Cut out the Olympic rings. 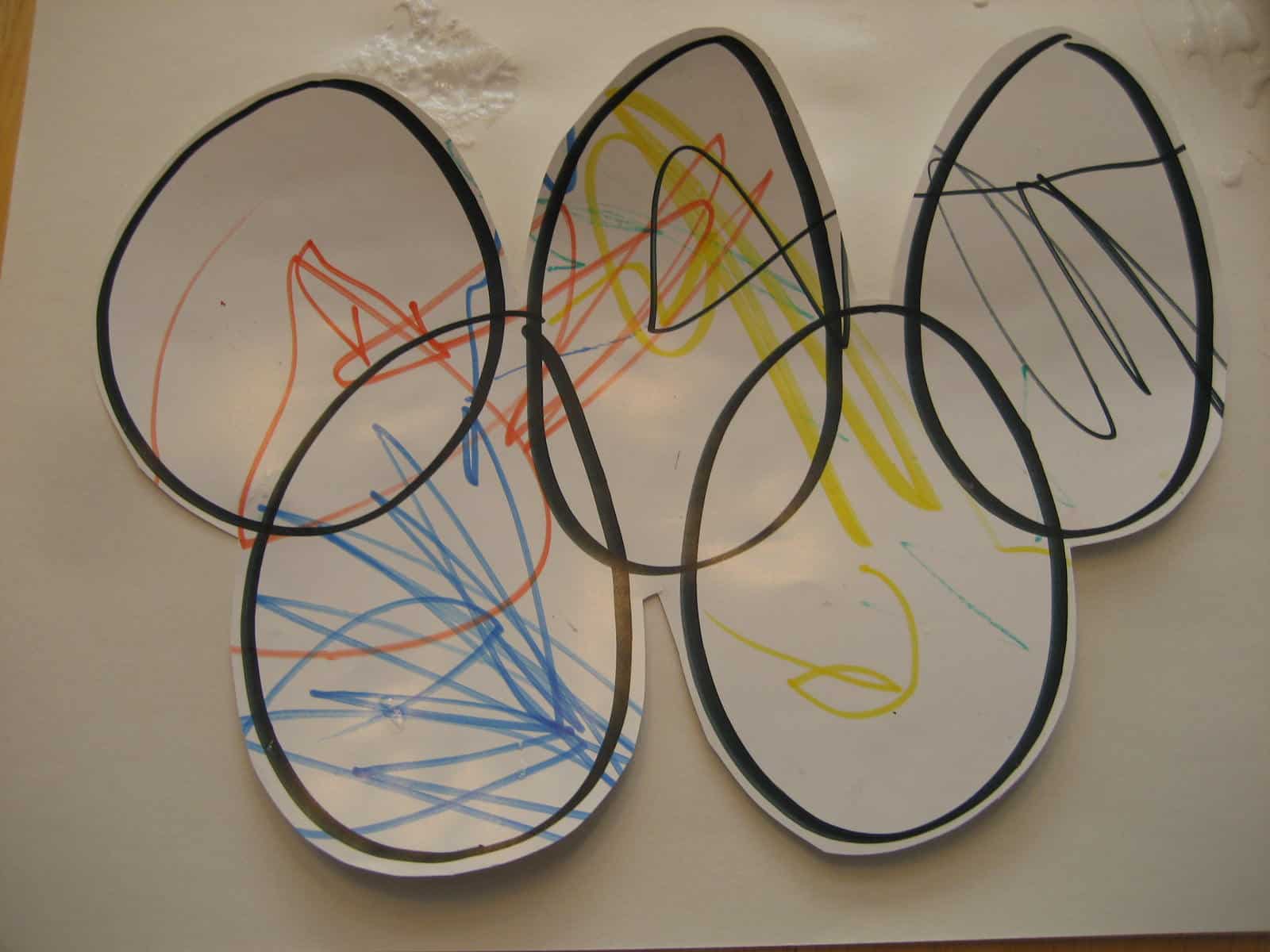 5. Help your child glue the rings onto the aluminum using Mod Podge. We also used some double-sided tape to make sure it was secure. We were originally going to glue some smaller words onto the torch as well, but scraped that plan.

6. While you let the torch dry, have your child rip up the tissue paper into smaller pieces. Older kids could use scissors. 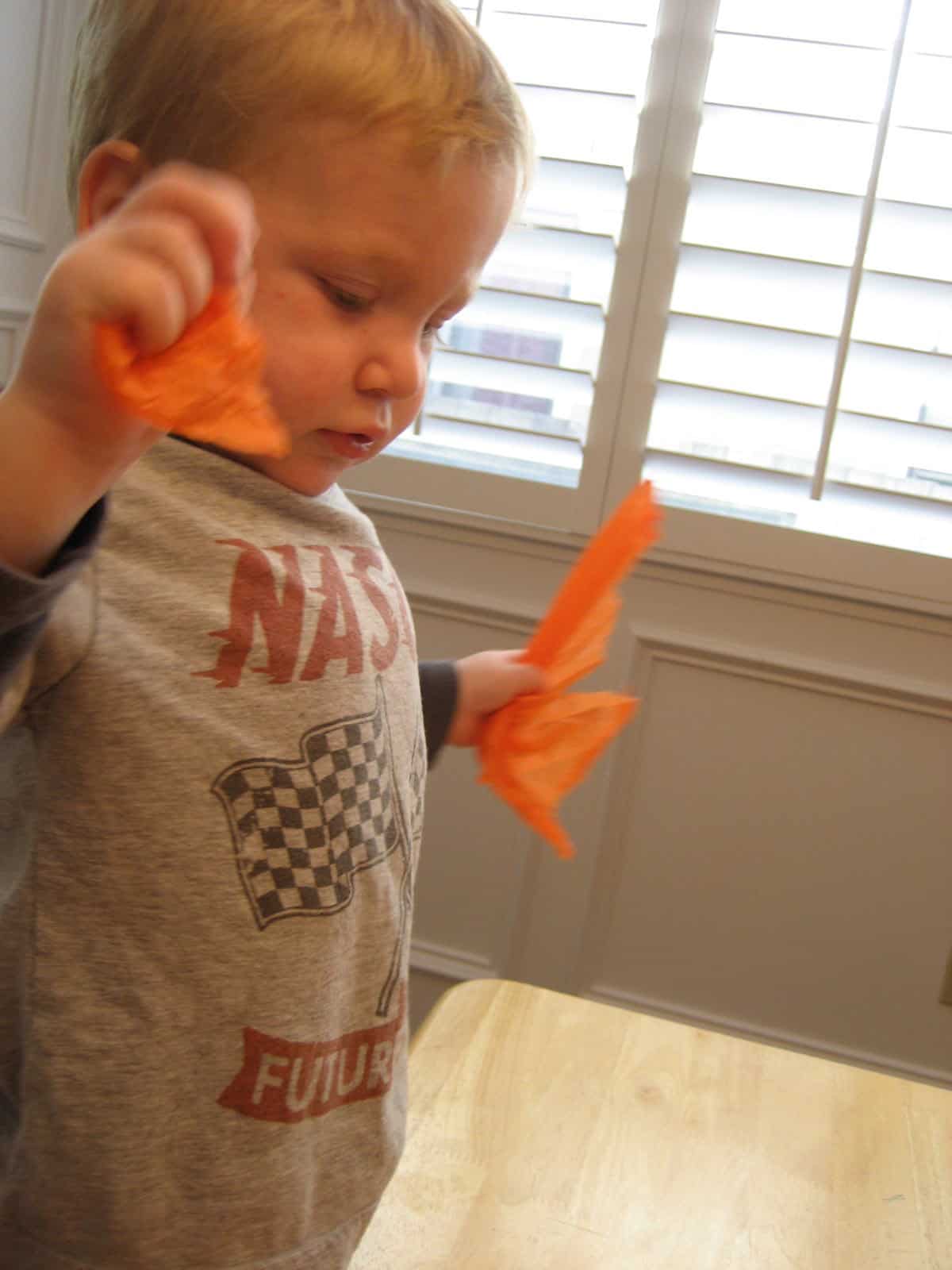 7. Once the torch is dry, stuff the torch full of tissue paper. 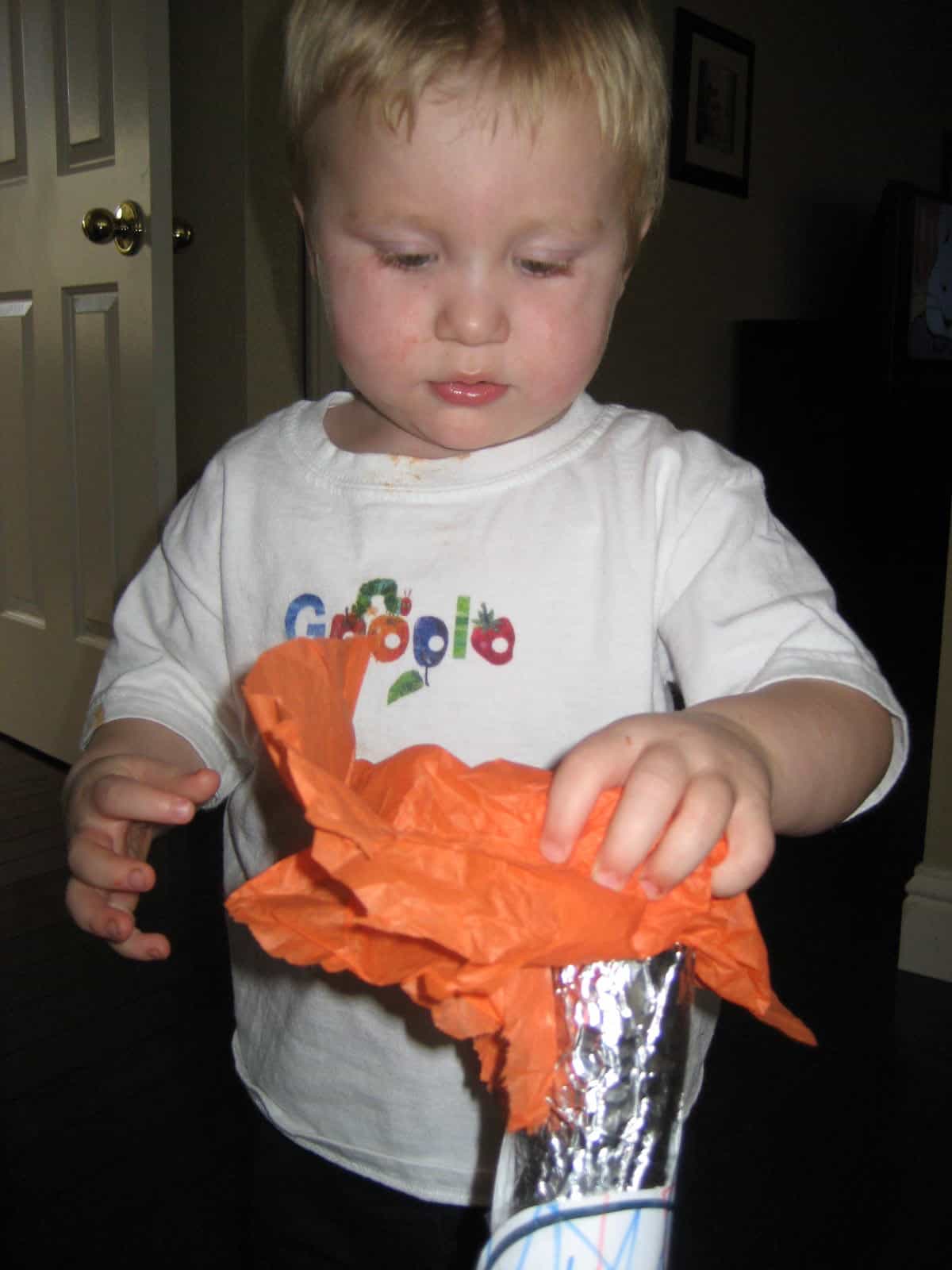 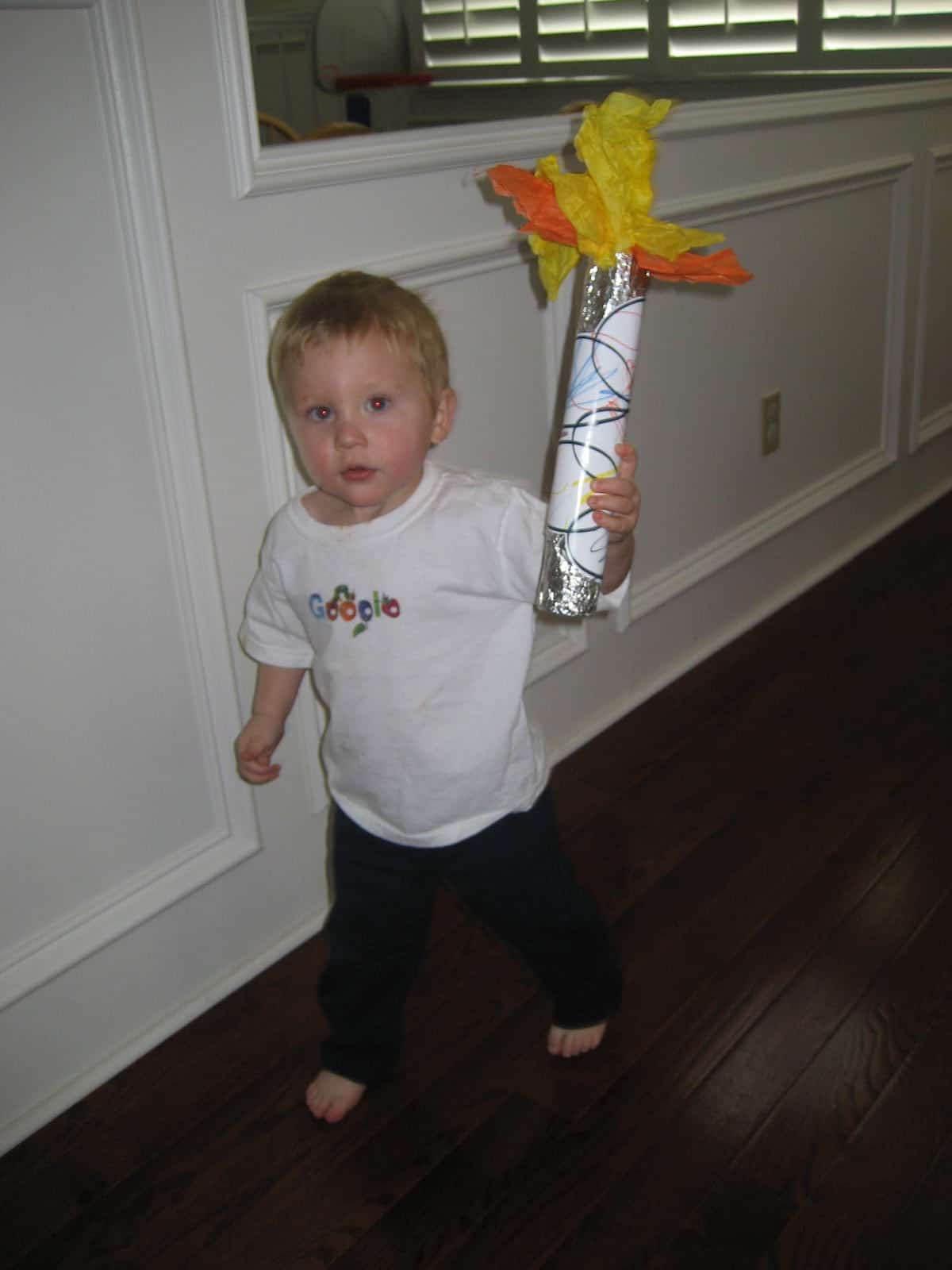 We practiced "taking turns" passing the torch to one another while we did laps around different rooms in our house. I have a feeling we'll be doing the Torch relay again tonight when my husband gets home!

I loved the taking turns component of our relay. We practiced saying "my turn" and your turn" and sharing as we each took a turn running a lap and then passing it to the other person. My little guy was having so much fun with our little game that he actually kept trying to force me to have my turn (something not typical of an almost 2 year-old).

Words we talked about today included: Olympics, rings, torch, fire, color words-red, blue, yellow, black, green. While we watched the lighting ceremony we also talked about running, snow, Wayne Gretsky, hockey, and cars (since Wayne drove in a car to the outdoor lighting). My little guy loved saying "Good job!" to the athletes as they passed the flame to one another at the lighting. We even worked on expanding his language by include the athlete's name- "Good Job Wayne" was his favorite.